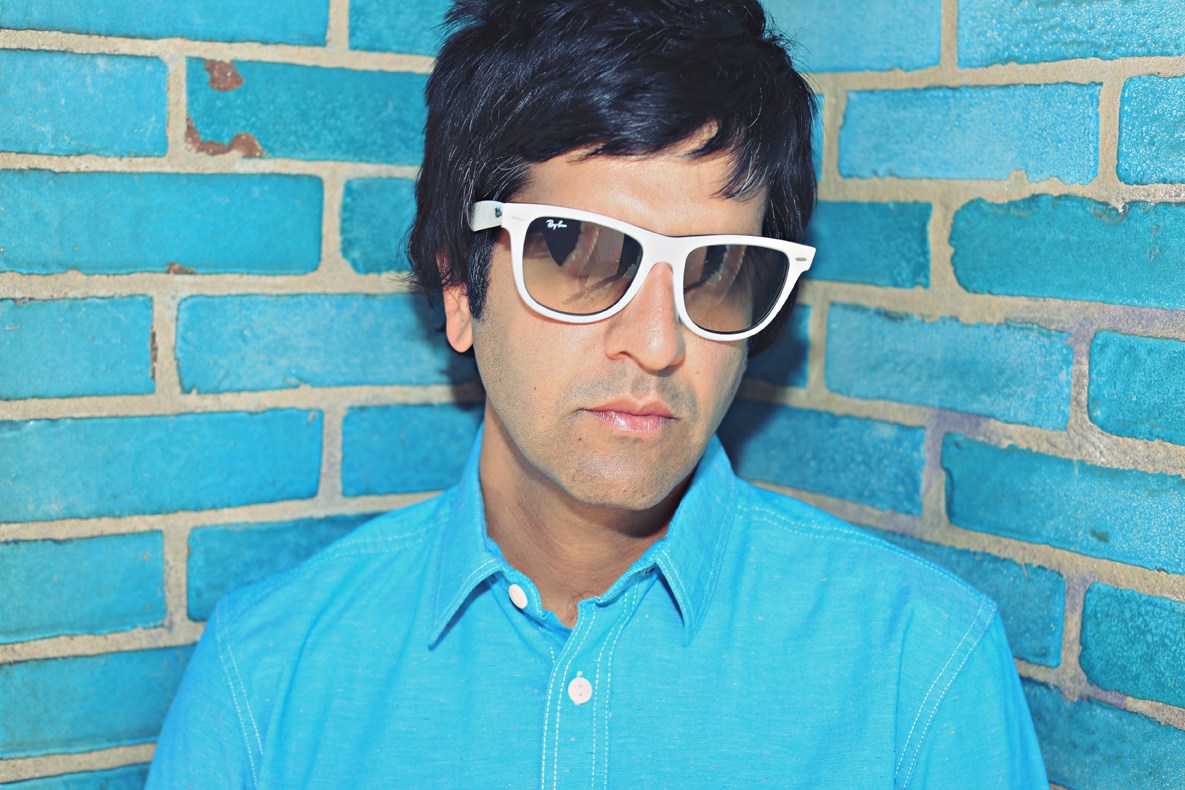 Well-spoken, sincere and genuine are some of the words that came to mind during my conversation with Siddhartha Khosla a few days ago.The frontman for the band Goldspot, he was recently hired to create the musical score for this year’s breakout hit This Is Us on NBC. He is a man of many talents; a singer, songwriter and composer. Self taught, he is making a name for himself in Hollywood and we, at DissDash, are excited to be sharing his story with our readers. 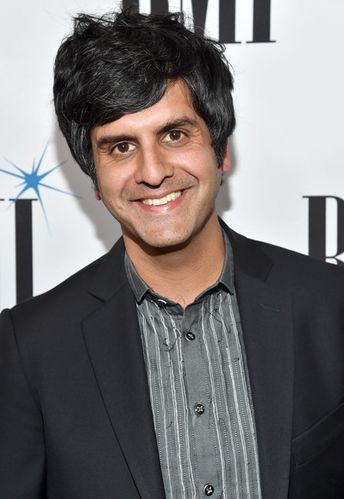 Khosla’s parents were part of the immigration movement in the 1970’s, when more and more Indians were being given first-time visas. They came to the United States in 1976, much like my own parents, with very little money in their pockets and not knowing anyone. Both on scholarships, they attended Yale University, his father studied law while his mother medicine. “In school all day, they would work at night, my mom at the hospital and my dad would shelve books at the law library,” Khosla tells me. He was born within the year and his parents made the gut-wrenching decision to send him to India to live with his grandparents in Delhi, until they were more settled. Their only means of communication was sending cassette tapes with their voices recorded on them.

He credits those early years in India for much of his development as a musician, “More than any other artist or music or influences, that’s the greatest influence in my life, musically, personally on every level. In that formative stage, something happened that has informed the way that I interact with people, the way I am with my own family and the way that I write the music that I do.” Once he was back at home with his parents, they moved around until they finally settled in New Jersey.

After graduating from high school, Khosla decided to go to the University of Pennsylvania and studied history, with thoughts about going to law school and becoming a public defender after he completed his undergraduate education. After taking the LSAT exam and canceling his score, Khosla was urged by his high school best friend, with whom he had been in a band with, to pursue music as a career and start a new band. After asking his parents to give him some time to pursue this dream, he moved to London where Goldspot was formed. The name was inspired from a discontinued cola that had been popular in India, which Khosla had fond memories of drinking.

Take a look at this video of Siddhartha singing “Rewind” for MissMalini. The song was used for an episode of How I Met Your Mother.

Khosla’s musical influences come from listening to mixtapes that his parents had in the house. Singers like Mohammed Rafi, Kishore Kumar and music composed by SD Burman and RD Burman, some of the greatest composers in his opinion, permeated his home on a daily basis. His first experiences with performance came from singing Bhajans (religious hymns) at his temple. His mother would write out the lyrics and tell him he would be performing in front of 150 people the next day. “I grew up kind of mortified having to sing in front of all these people all the time. If a child could have an ulcer I probably developed one from nerves and being anxious about it,” he jokes. Once he started to sing, however, all the anxiety melted away. These hymns also helped train him as a singer, as they were difficult to learn. 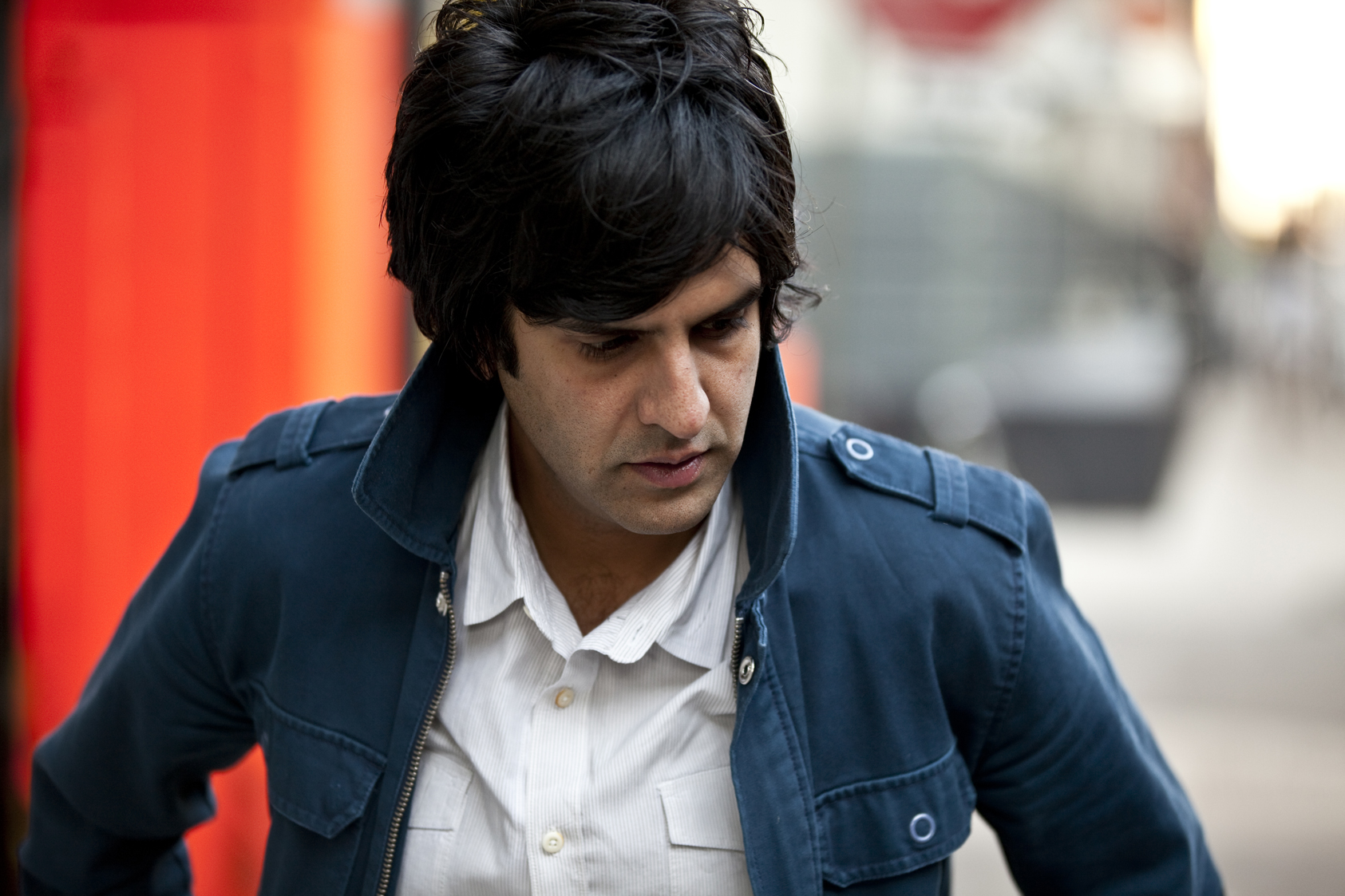 Khosla eventually moved to Los Angeles and began writing and recording songs. At the time, about 2005, the radio station every artist wanted airplay on was KCRW. Its DJ, Nic Harcourt was known to bring many unknown artists into the American music limelight, as he seemed to have the Midas touch. He was the first to play songs by well-known musicians, including Coldplay and Moby. Once they played Khosla’s song, Goldspot saw a rise in popularity and shows started to sell out. The band was eventually signed to Universal Records and had their first record release, Tally of the Yes Men, in the UK. They began to tour and take part in music festivals highlighting contemporary bands. Their song “Friday” became their big hit, “I would be running on the treadmill at the gym and watching VH1 and the video for “Umbrella”, by Rihanna, came on and then right after our video for “Friday” would come on.” Unfortunately, for the band, this was a time where the record industry was taking a hit in sales. People were downloading music for free and Goldspot just didn’t sell enough records. 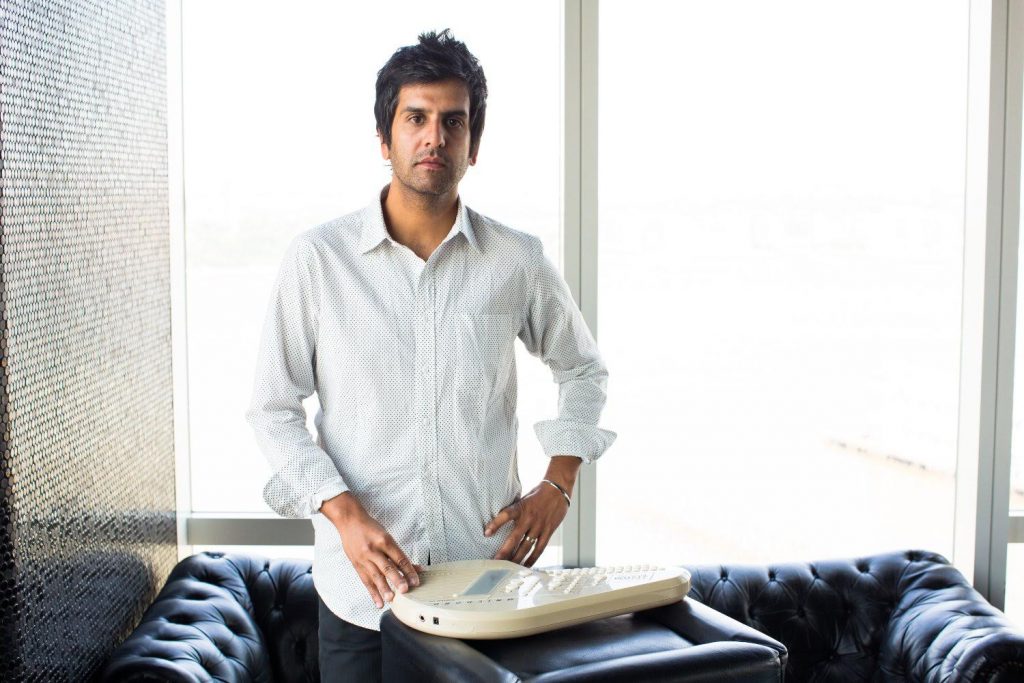 However, there was a silver lining, as the exposure for bands and music was on the rise through other avenues and Goldspot found themselves becoming popular amongst the young generation in India, as their videos went viral. The music that was inspired by Hindi songs, seemed interesting to the Western audience, but to those in India, it reminded them of the music their own parents listened to. The band began to tour in India, playing for 10,000 college students at a time. In fact, they still go back every few years to do a show.

Goldspot decided to eventually leave the label and release their work independently. Khosla went back to LA and his music started getting picked up by television shows. He credits his exposure in Hollywood to his manager Steve Nice, of Nice Management and Consulting, who has been with him from his very first days, and was instrumental in getting his music out to television and movie producers. Goldspot’s songs have played on popular television shows like How I Met Your Mother and The OC.

His last album, Aerogramme, with Goldspot was, he says, the best thing he has ever done. The music was based on the immigration experience of his parents in the 70’s when they first arrived in America. Letters his father had written, but never mailed due to the depressing content, were the inspiration for the songs on the album. “My mom was pregnant with me on the floor without a bed in a 300 square foot apartment in New Haven. That was the early life and all these stories really connected with me and moved me and I thought I’m going to write an album about this,” he says. 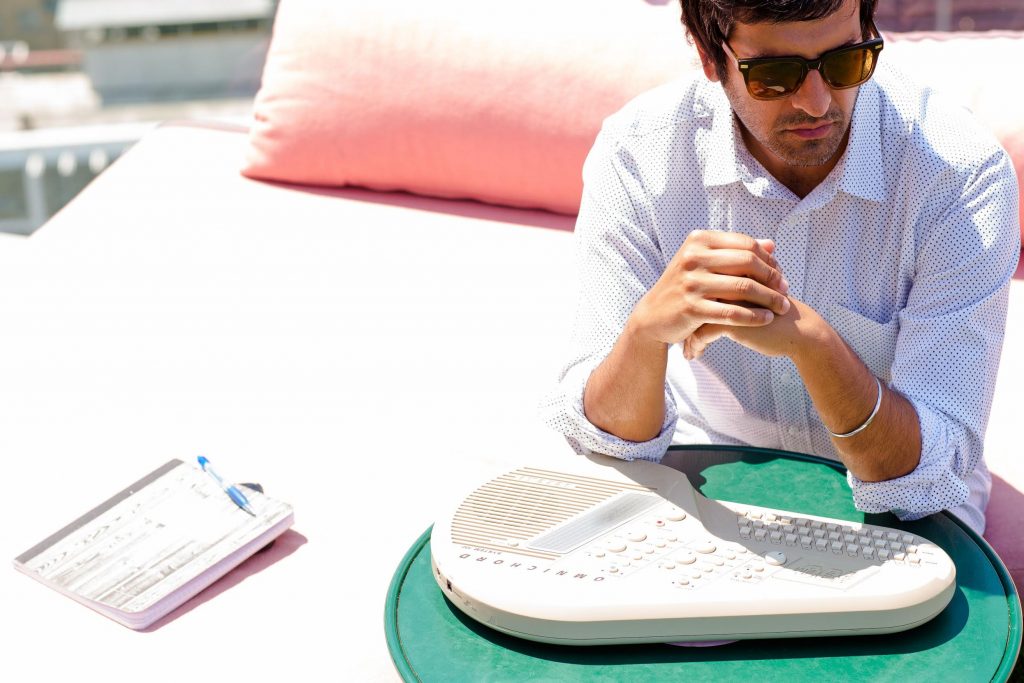 Khosla eventually got a call from a college friend, Dan Fogelman, who just happened to be a Hollywood screenwriter and has written movies like Tangled and Crazy, Stupid, Love. He was creating a new show on ABC called The Neighbors and asked Khosla to compose music for it. “I didn’t know what to expect and I reluctantly said yes because I didn’t know what the next step was for me. Was I going to continue making more and more records, and the answer was, of course, I’m going to continue making more records, but maybe I will try this and see where it goes. I loved it and it was an incredibly rewarding experience,” Khosla tells me. Unfortunately, the show did not last long and got canceled, however, he started to get calls from other movie and television directors.

While the film industry calling him may seem impressive, one of Khosla’s greatest accomplishments has been being invited as the musical guest to former first lady, Michelle Obama’s, Diwali celebration back in 2013. Even so all he could reminisce about was his appreciation for his parent’s difficult journey “To think about the things they experienced, in their early years and to think that one day they would be at the White House and celebrate Diwali there and it would be an African American president and his wife and their son would be performing. Thinking back to it now, I realize that would probably be my career highlight,” Khosla says nostalgically. I would say his parents had probably never beamed with more pride as they did that day.

Khosla shows no signs of slowing down. This Is Us has been renewed for two more seasons and is clearly one of the biggest surprises on television. Along with that, Khosla creates the musical score for the show The Royals, which stars Elizabeth Hurley. He has also written a song for an upcoming film called Basmati Blues starring Brie Larson. It’s a big closing number, he tells us, and she will be singing it with other actors in the film. He also feels he has more albums in him to create with his band. 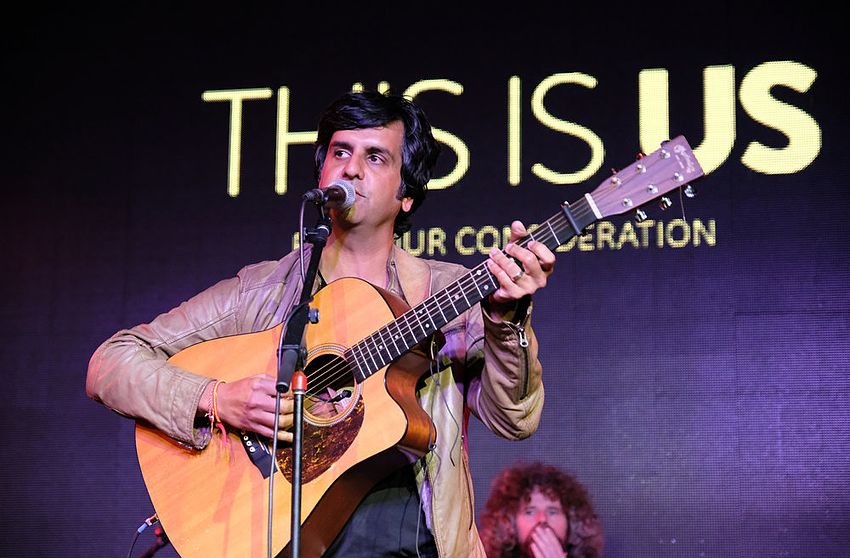 While talking about the process he goes through to compose music for a television show, Khosla gets even more animated. He explains that there are time constraints to the creative process on a network show that has a large episode order. He is given a cut of the show without music and then he puts music where he feels it is needed. He comes up with a theme, a thematic melodic thread, that can tie through the entire episode. The process produces a brilliant show, that is clearly being appreciated by the masses. “The show plays like a film. It feels like you are watching a movie. I think that’s the beauty of it. That’s why it feels very elevated,” Khosla says of its success.

Watch a beautifully directed and composed scene from a recent episode that Khosla worked on:

I asked Khosla to leave us with some parting words for today’s youth that may be interested in producing music and are reluctant to follow their dreams. One of his more poignant comments was to not have a backup plan. He feels that he has always achieved more when he had something to lose. Had he had something to fall back on, he may not have pursued his goals with as much fervor as he has. He feels Asian American are severely underrepresented in the arts and it is time we start to support each other. I couldn’t agree more and with that, I and the entire team at DissDash wish Siddhartha Khosla the best of luck in his career. We look forward to hearing more of his beautiful and inspiring melodies in the years to come.