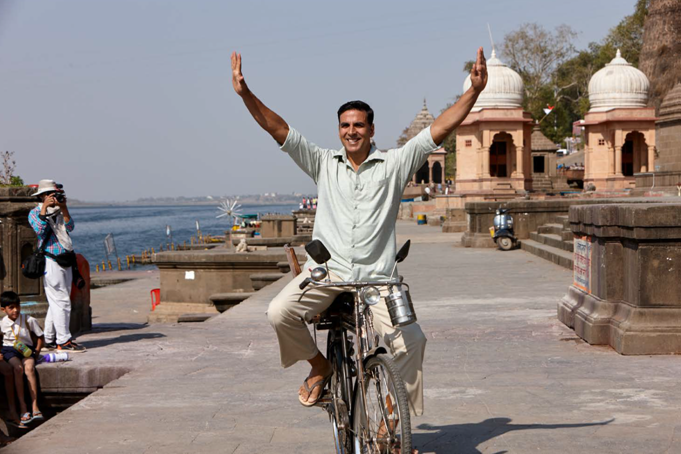 Superstar Akshay Kumar is a new kind of hero in the first must-see film of 2018, PADMAN, releasing in North American cinemas on January 26th.

The brand new poster has premiered for this important new film from writer/director R. Balki which also stars Sonam Kapoor and Radhika Apte and is produced by Twinkle Khanna.

The film is based on Twinkle Khanna’s book, The Legend Of Lakshmi Prasad, which is inspired by the life of Arunachalam Muruganantham, a Tamil Nadu-based social activist who revolutionized the concept of menstrual hygiene in rural India by creating a low-cost sanitary napkins machine.