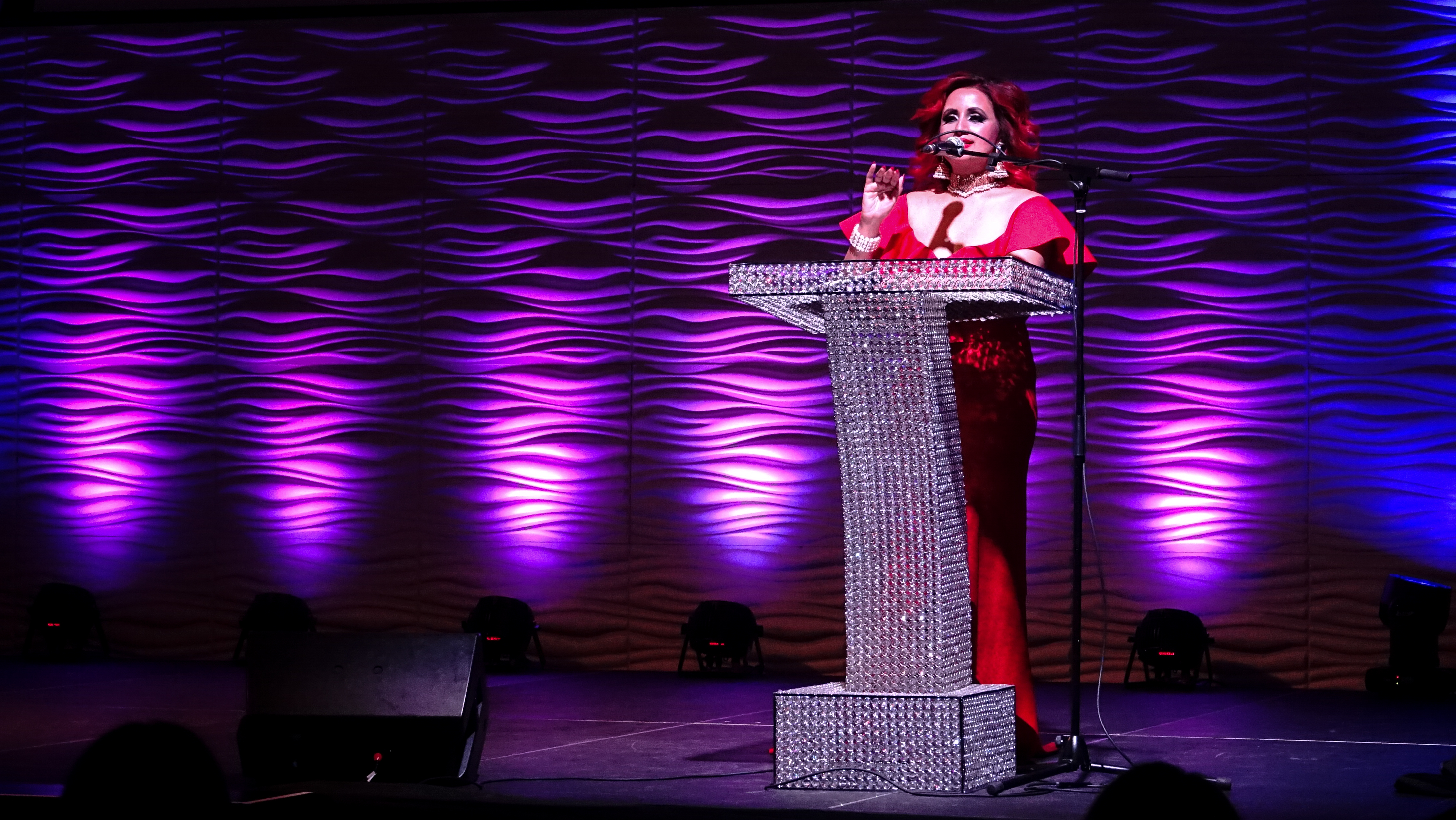 ‘Hotstar Presents The ANOKHI Awards 2017’ rolled out the red carpet to welcome some of the world’s most renowned names in the areas of business, media, entertainment, crusader, and glamour, at Toronto’s historic Liberty Grand Entertainment Complex, on Tuesday, November 28th.

The evening began with a sizzling red carpet reception with over 30 celebrities and personalities making the fateful walk down a 36-foot red carpet, which included ANOKHI Pulse Tv’s famous gold couch lounge against the backdrop of music by DJ Fizza. This was followed by a 2.5-hour auditorium style awards-fashion-entertainment show with 18 awards honors, 4 live musical performances, and a first of its kind fashion runway show, and hosted by 6 prominent personalities in media and entertainment.

The master of ceremonies, actor, comedian, and CBC radio host, Ali Hassan opened the show with a comedic monologue followed by ANOKHI MEDIA’s CEO and brand ambassador’s opening remarks that highlighted this year as the awards show’s 10th year that saw a record-breaking nomination for Canadian South Asians. Raj spoke about the importance of the awards show, The ANOKHI List 2017 coffee table book, the vision behind the brand and the importance of recognizing and celebrating community achievements. She also thanked the event’s presenting sponsor Hotstar, followed by name mentions of the various sponsors and partners that helped make the event a great success.

[free-them]’s founder and CEO Shae Invidiata spoke on the initiative’s dedication to raising awareness and funds to abolish human trafficking in Canada and abroad by partnering with people, organizations, & businesses to fight human trafficking. The night ended with an exclusive post-show soiree with DJ Amita Handa entertaining the guests until midnight. For those who were unable to attend due to the event being sold out, snippets of it were streamed live on ANOKHI MEDIA’s Facebook page, which can be seen here: https://www.facebook.com/ANOKHIMedia/.

The event unveiled the 3rd edition commemorative coffee table book, The ANOKHI List 2017, featuring an eclectic array of 30 personalities from around the world. Over 600 guests attended the glamorous event and were all gifted a complimentary copy of the book as they left for the night.

The 18 awards presented honored the following who were inducted into the global ANOKHI honourees fraternity:

The 4 live musical performances were are eclectic as the genres of music showcased:

ANOKHI MEDIA was founded in 2002 by its award-winning President and CEO Raj Girn, who had the vision of creating a one-stop multimedia resource to communicate and engage intimately with the global South Asian community to which she belongs, as well as provide a platform for relevant and penetrative connectivity between the community and the commercial world at large. With this as the central focus and mission statement, Raj and her team have cultivated a 14-year history of a brand that has forged this vision into the mindshare of the community and market share of the client.

ANOKHI MEDIA’s portfolio includes a robust online community with an online magazine, blogosphere, three video channels, a print and digital coffee table book, an annual awards show, a boutique event series, a weekly newsletter, and a global social media network. It has also garnered an extensive, long-term, multi-national client base due to its innovative strategies and pioneering initiatives. The brand has become North America’s premier “go to” information resource for all aspects associated with South Asian pop culture, lifestyle and entertainment, for the consumer, the media and the commercial sector at large.