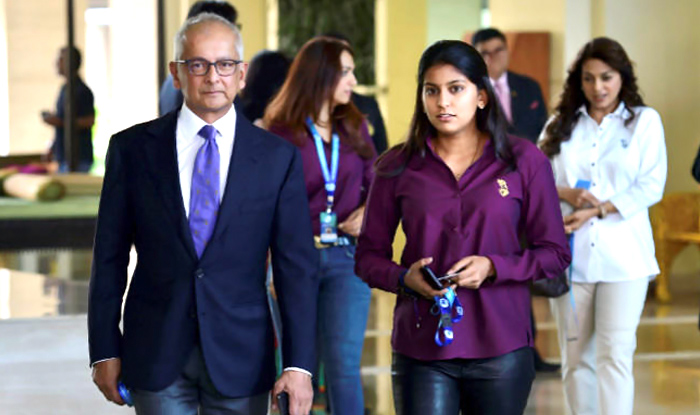 We all know about the gorgeous Juhi Chawla and beautiful Preity Zinta who show up at the Indian Premier League (IPL) auction table every year but guess who stole the limelight from these two stunning ladies this year? It was none other than Jhanvi Mehta, daughter of Juhi Chawla and Jay Mehta. Yes, this brilliant 17-year old girl turned several heads at the IPL auction table and even impressed Preity Zinta, owner of Kings XI Punjab (KXIP), with her smartness and amazing shrewdness who also tweeted a photo of both of them, praising her on Twitter.

Forget the madness of the #VivoIPLAuction– it’s awesome to meet the super smart Janvi Mehta who gave me a run for our money🏏 #smartgirlsrock pic.twitter.com/fi0bnHddVC

Jhanvi Mehta’s parents, Juhi Chawla and Jay Mehta, are co-owners of Kolkatta Knight Riders (KKR) along with Shah Rukh Khan. Though we have seen SRK’s kids before in IPL related functions, Juhi Chawla has always kept her kids away from the limelight which is why it was such a surprise to see her little girl joining her at the IPL auction table.

Jhanvi Mehta is an A+ student who studied at Dhirubhai Ambani Internation School and was one of the toppers in 10th standard at her school with a CGPA of 10. She has never been seen in public with Juhi Chawla as she wanted to keep her away from all the Bollywood drama and is currently studying in Charter House Boarding School in London, UK along with her 15-year old brother, Arjun. Jhanvi is a smart girl who is more interested in writing than acting and is known to be a huge fan of Varun Dhawan and Deepika Padukone like the majority of people in our country. 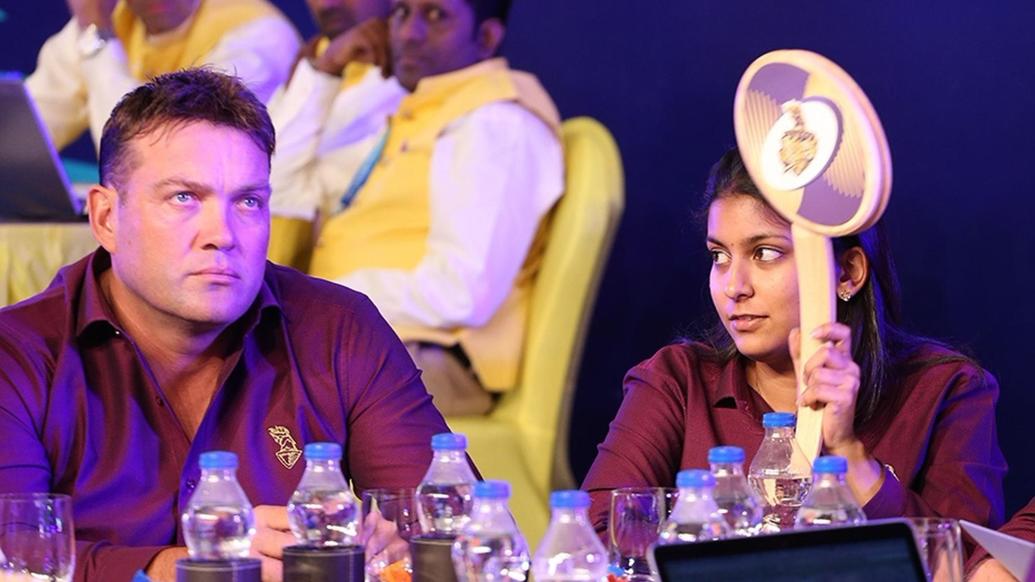 Jhanvi was born on February 21st, 2001 and has now become the youngest person to be seated at the IPL auction table. She was found to be actively participating with the team in the discussion about KKR purchases and helped in grabbing some major players for this season. She was sitting next to the KKR coaches Simon Katch and Jacques Kallis and was seen handling the paddle to take on the bids. At the auction, KKR purchased some amazing cricketers like Mitchell Johnson, Kuldeep Yadav, Mitchell Starc, Piyush Chawla, Chris Lynn, Dinesh Karthik, Robin Uthappa etc.

Jhanvi is surely going on to prove that she is the perfect beauty with brains. We hope to see more of her soon!