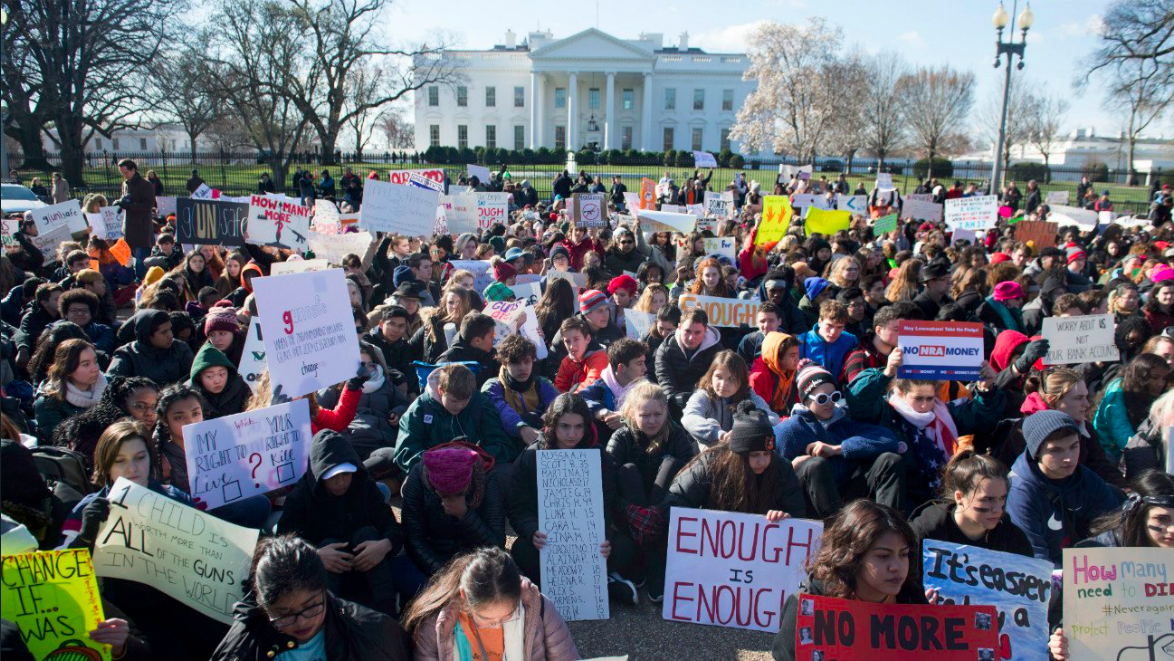 Sometimes, silence is an unpardonable crime. When the lives of our sons and daughters, our brothers and sisters, our neighbors, and near and dear ones are in danger, it becomes our duty to break the silence and speak out. #NationalSchoolWalkoutDay seeks to oppose the growing gun violence in schools. This movement, led by the students of America, is a much-needed initiative to turn passive acceptance of violence into a collective and active resistance for peace and harmony. 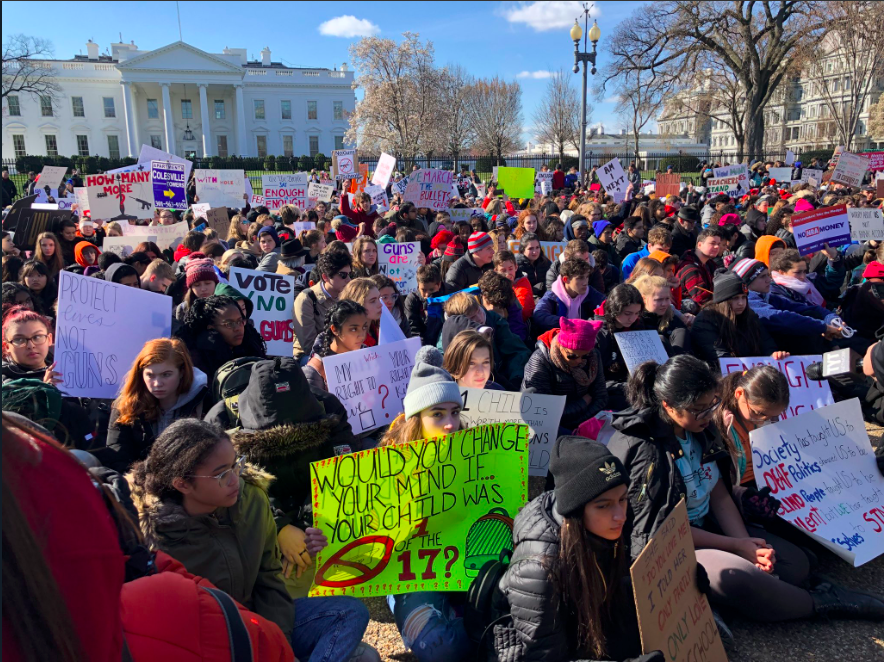 The 17 minutes of silent protest of students across the United States has shattered the windows of the high and the mighty. It would be a grave mistake to dismiss these young people condescendingly. They are righteously angry, armed with the language and energy to make a change, and they mean business. Elected officials would be well advised to take them seriously. 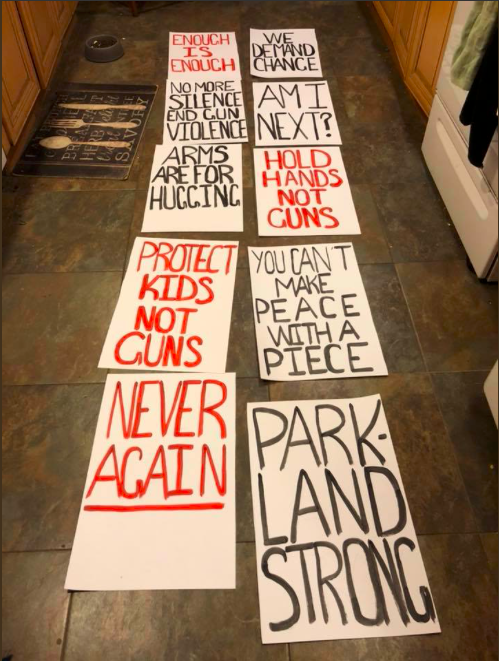 After a long series of brutal and heartbreaking gun attacks, which are fast becoming part of the American life, millions of students decided to walk out of their classrooms to pick up the gauntlet of putting an end to the culture of violence and build momentum behind the #NeverAgain movement. Today, one month after the Parkland School shooting – the #NationalSchoolWalkoutDay, initiated by the students who were affected by the recent school shootings and supported by the group that was behind last year’s successful Women’s March, called on the Congress to combat gun violence in the nation. 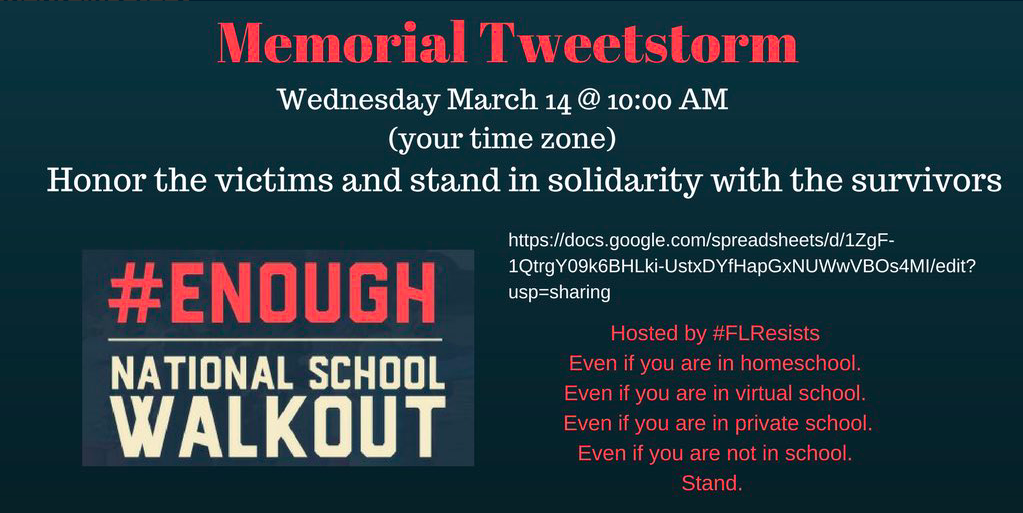 It is heartwarming to see the efforts of gun attack survivors like the 18-year-old high school senior Emma Gonzalez, who has galvanized the nation behind the gun control movement and has become its face after the Parkland School shooting, and proactive students like Naomi Giancola and Madeline Paterna, who have taken active part in arranging for their school to participate in the walkout. The students sat with their backs towards the White House, to mark the failure of the government to implement strict gun laws.

With a minute dedicated to each of the 17 lives lost in the Parkland school shooting, the march to promote the cause for gun control lasted for 17 minutes. As millions of students flooded out on the roads, the message against gun violence, the issue of government apathy and the necessity of stemming the rot that is behind such systemic violence was clear. Enough is enough! 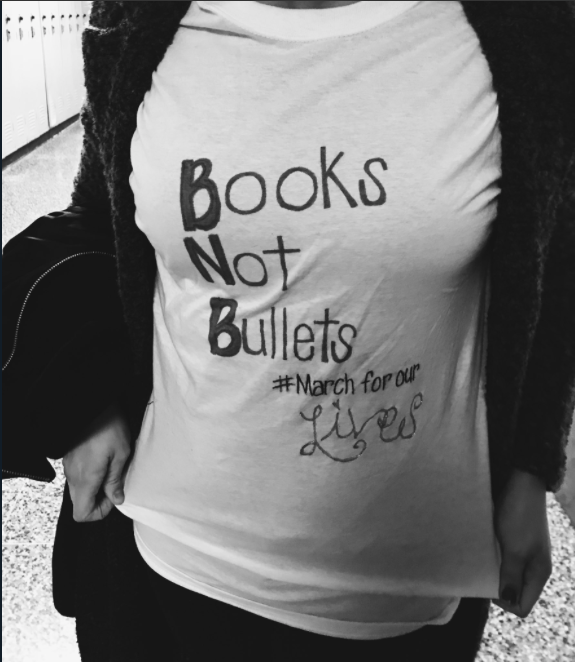 Just yesterday 7000 pairs of shoes were placed in front of the Capitol to remember the children killed by guns since Sandy Hook.

7000 shoes outside the U.S. Capitol rn to represent the children who lost their lives due to guns since Sandy Hook. Tom Mauser brought a pair of his son Daniel’s shoes to help w/ this installation. Daniel was 15 when he was shot and killed at Columbine. #NotOneMore @Avaaz @MoveOn pic.twitter.com/ibUXjzyQU2

It’s time for every well-meaning individual, every peace-loving citizen, every single person who is against inhumane indifference to such crimes in the face of such colossal human tragedy to stand up for the cause and turn from slacktivism to activism by heartily supporting the walkout!

To every kid walking out today, you have inspired a nation. Spin that fidget spinner proudly. Chant until your voice breaks. Because at the end of the day, you are ones who will make change happen. #NationalWalkoutDay

We stand with every victim of gun violence and every attempt to thwart it!