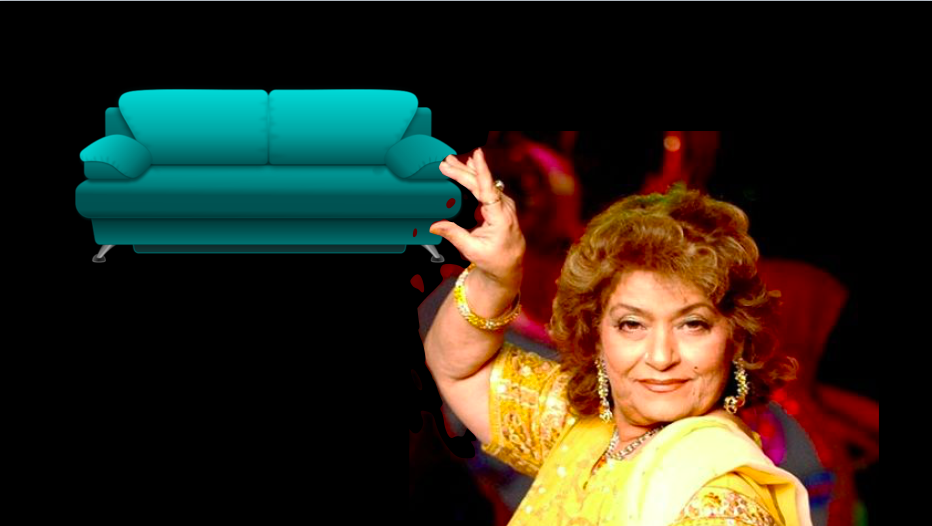 We all have heard about the infamous term casting couch and while no one agrees to be a participant in this degrading practice, it is a widespread syndrome all over the world. To make it simple for you, casting couch is a term used when an employer or a person in power asks his employees or future hires to gratify him/her with a sexual favor in return for career advancement. Sounds absolutely disgusting, right?

Sadly, this is a common trend in our world and people in all fields have been subjected to this humiliation. Lately, it has been highlighted in India due to a brave attempt by Telugu actress Sri Reddy to protest against this injudicious practice.

However, yesterday, famous choreographer of Bollywood, Saroj Khan defended casting couch and went on to say that this has been happening for generations and that it’s nothing new or big to create a fuss about. In her own words, at least this practice doesn’t just ‘rape you and leave you, it provides you with work and career possibilities too’. She also said that this is prevalent in every industry so there is no reason to target just the film industry.

Well, we are outraged to hear this and it seems like we weren’t alone because the entire Social Media was in a upheaval after this comment. Many people took to Twitter to slam Saroj Khan:

Can’t begin to think what thousands of girls go through in the hope that their “dreams” will come true! Nobody wants to sleep with someone for work. But they are made to feel it’s the only way & “acceptable”. And for those who don’t, it’s a tough road! This has to stop! #TimesUp

Saroj Khan's bizzare and shameful logic comes at a time when more and more female voices are joining to defeat this venomous practice of using girls in exchange for better role, job or livelihood. Not expected from a three time national award winner!#SarojKhan https://t.co/lFrq1A7AGk

Glad somebody from inside bollywood spelled it out so clearly.
Bollywood is a flection of 'That Book' which justifies Sexual Slavery.
hence, Rape for Roti is nothing odd here..
Next time these 'Stars' pontificate on Morality… Remember this..#SarojKhan https://t.co/CZnvBlDxLw

IRONIC that #SarojKhan says "Casting couch provides livelihood.Taking advantage of a girl is done with her consent" while world over & esp.Hollywood, Women came out with #Metoo campaign against this ugly side of the movie industry which views women as OBJECTS to be used & abused

Many celebrities also stepped up to show their solidarity against Saroj’s comments:

I didn’t expect such derogatory & uncalled for statements from a veteran like #SarojKhan and totally condemn it. Our #EntertaimentIndustry, like all other industries respects women. #Exploitation of women is a crime and should be fought in all spheres of life.

The right intent but very, very wrong words. Again, women are made incumbent to stop injustice against themselves & men have been absolved of their participation.
Stop the practice of sexual exploitation. In whichever industry it exists, it’s WRONG! https://t.co/ZA9Q51jqWn

Some even raised the question that why haven’t the powerful people of Bollywood put a stop to it already:

While some others seem to support Saroj Khan by saying that this is what is happening and there is no need to shoot the messenger:

It is a reality of Bollywood ..90% actresses r Victim of Casting couch type physical sexual harassment 😟
sex for movies is a casual culture.. It has been revealed by Top actresses in past & present & now #sarojkhan statement is mirror of Dark side of Bollywood hw women r treated

After being slammed by so many tweets, Saroj Khan finally apologized with a simple I’m sorry. I apologize.

This exposes the true nature of Bollywood and how everyone views it. Though the truth is far from shocking, we hope that aspiring actors won’t be seen just as a source of pleasure but respected as actual individuals and not face this humiliation.