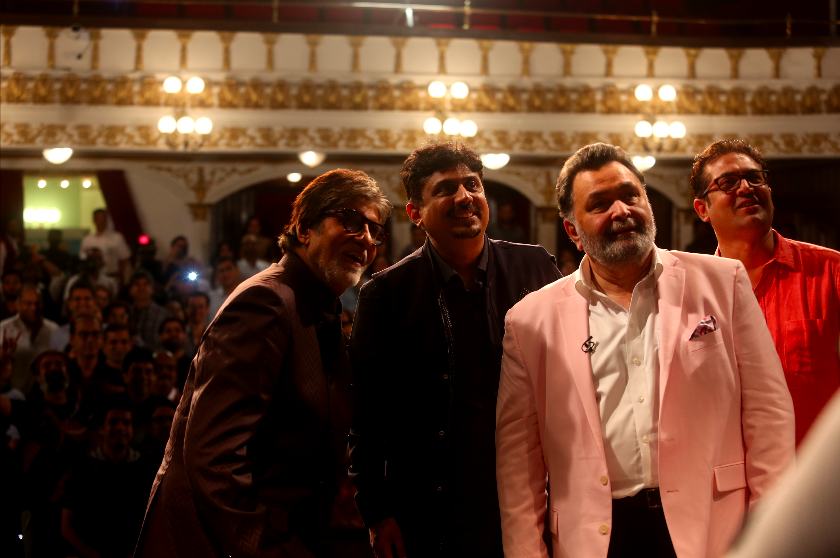 the Royal Opera House Mumbai, veteran actors Amitabh Bachchan and Rishi Kapoor addressed an eager audience, who have been in love with the duo for over four decades. The actors regaled the audience as they spoke about 44 years of their journey together and their memories. 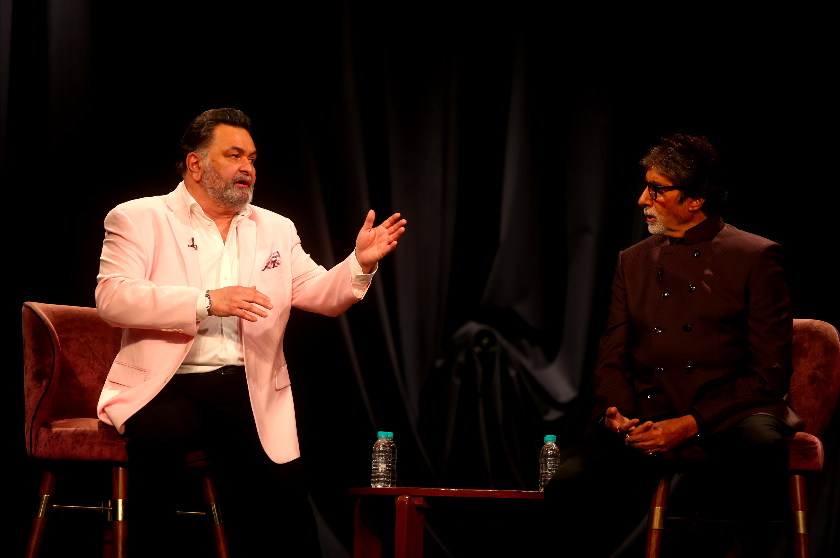 Having worked together in some iconic movies like Kabhi Kabhie, Amar Akbar Anthony, Naseeb, Coolie, and Ajooba, Indian Cinema’s two biggest stalwarts Amitabh Bachchan and Rishi Kapoor are back together on screen with 102 Not Out.

102 Not Out is an ageless comedy that brings together Amitabh Bachchan and Rishi Kapoor after 27 years with the two legends playing father-son duo for the first time. 102 years young, Dattatraya Vakharia (Bachchan) lives life to the fullest and wants to break the record of oldest living man – that’s held by a 118 years old Chinese. 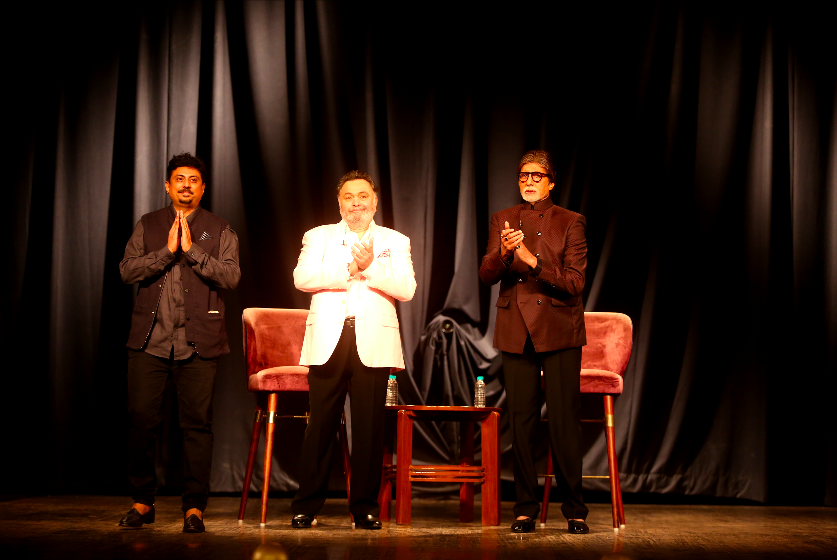 Dattatraya wants to live a stress-free life in order to become the oldest living man. However, there is only one hindrance – his 75-year-old son Babulal (Kapoor) who has resigned himself to a life of old age stuck in drudgery. Dattatraya now must find means and ways to change Babulal’s sad and grumpy demeanor so that he doesn’t become a deterrent in breaking the record. Little do they realize that this roller coaster ride filled with comedy, emotion, and commotion, will change them and their relationship forever.

The promotions of 102 Not Out are in full swing as the movie is all set to release next Friday, May 4th. Accompanied by the director, Umesh Shukla and co-actor, Jimit Trivedi, Amitabh Bachchan and Rishi Kapoor are enthralling the audience with their charisma and chutzpah. 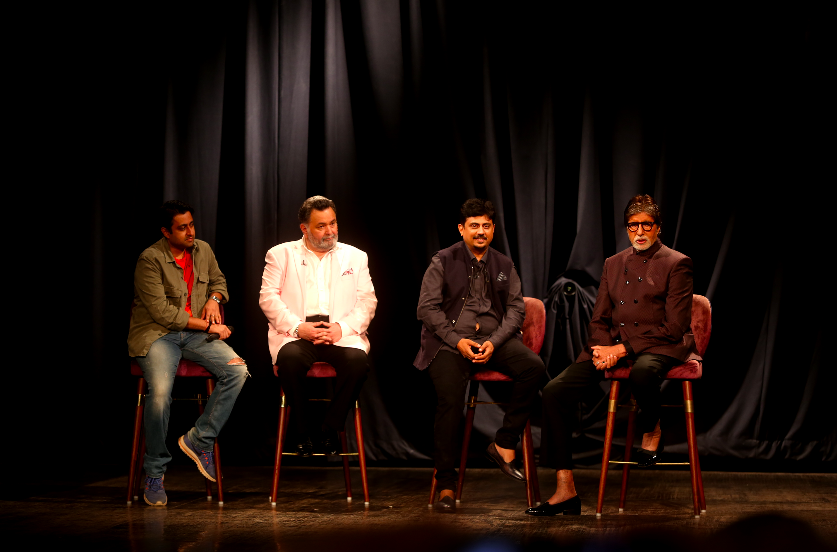 102 Not Out is all set to be a refreshing story of two old men, a father and his son. Moving away from the usual romantic or family drama, Bollywood has the perfect recipe for laughter this summer!