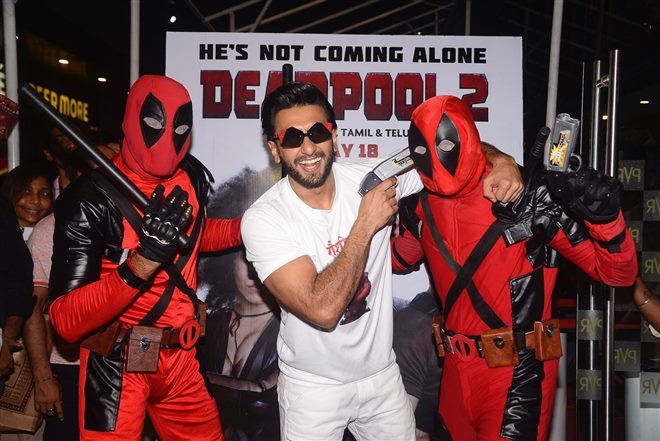 Time and again, we have seen numerous English movies being dubbed in Hindi. While a lot of them have fared well, there are many disasters that we can never forget. I mean, Avengers? Seriously? Or Harry Potter? So, while a lot of us were excited to see the second part of Deadpool, we were also anticipating eagerly for its Hindi version to see how Bollywood has destroyed yet another great movie. But, surprisingly, it seems like Bollywood might not fail us this time because who better to give the voice for a funny and witty character of Ryan Renolds than Ranveer Singh. 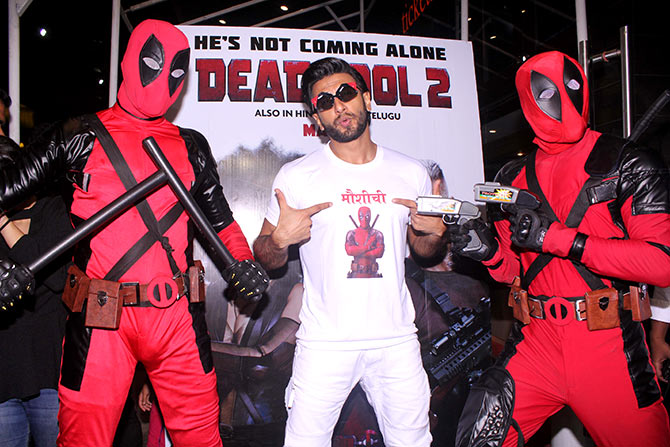 Yes, guys! You heard us right! He is the Hindi voice over for Ryan Reynolds character and his Hindi jokes and puns are all just so on point. The character of Deadpool is known for his non-stop talking with a series of profanities and abuses and Ranveer just fits the bill. He is an extremely versatile actor and over the years, has performed several roles which required him to be a little crude (ahem, Padmaavat) or a little naughty (Ramleela). 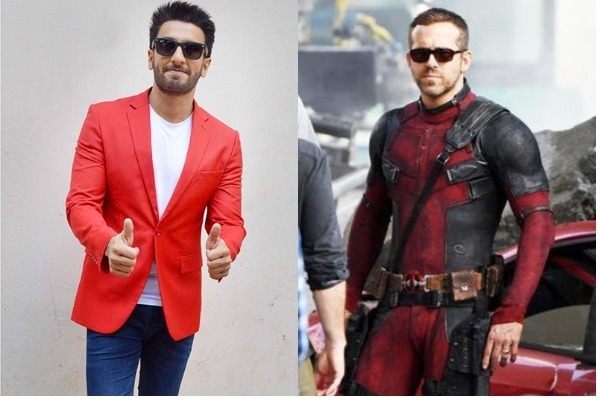 The movie has released today in India and everyone is going absolutely nuts over Ranveer’s voice over. He was heard saying that he took up the role because he wanted to give Hindi gaalis on screen and have some fun with it. Well, guess what Ranveer! You did your job well and we all can’t stop laughing at your injected humor and voice expressions.

We seriously think that you would love the Hindi version of Deadpool 2 and while, you might wonder what the actual English jokes were, after a while it will cease to matter. Because Ranveer’s jokes on Bollywood actors and movies is just going to make you roll on the floor. If anyone could have pulled off Deadpool 2’s dubbing it has got to be Ranveer Singh and we are so glad of it. 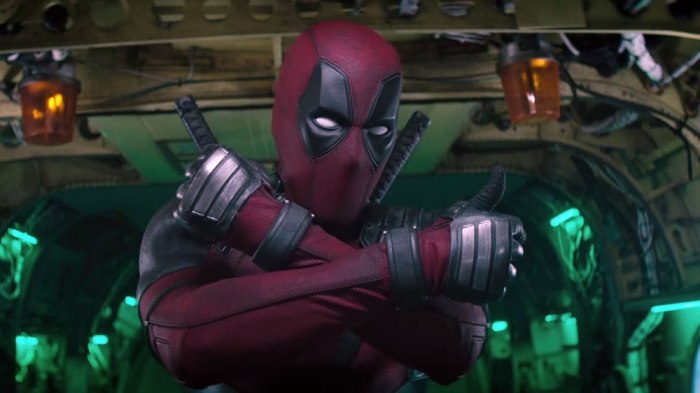 So, what are you guys waiting for? Go and check out the Hindi version of Deadpool 2 now!