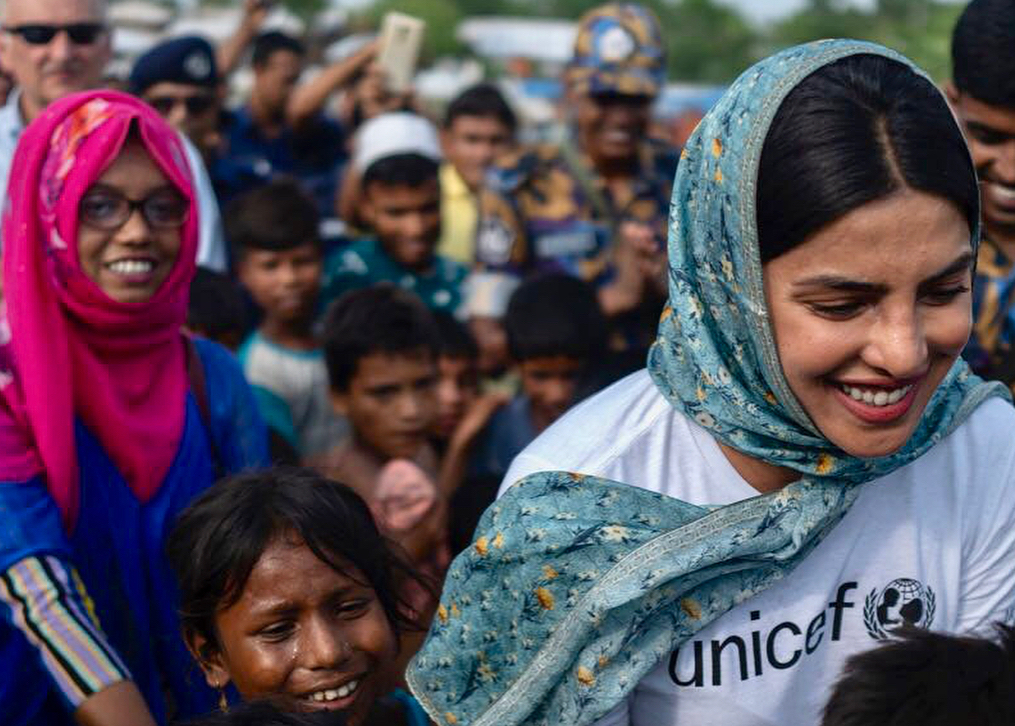 In her walk of fame to rule the world, this former Miss World and UNICEF Ambassador, Priyanka Chopra, does not forget her philanthropic duties and has brought forward the plight of the Rohingya refugees, who have now settled in the border areas of Cox Bazar in Bangladesh. 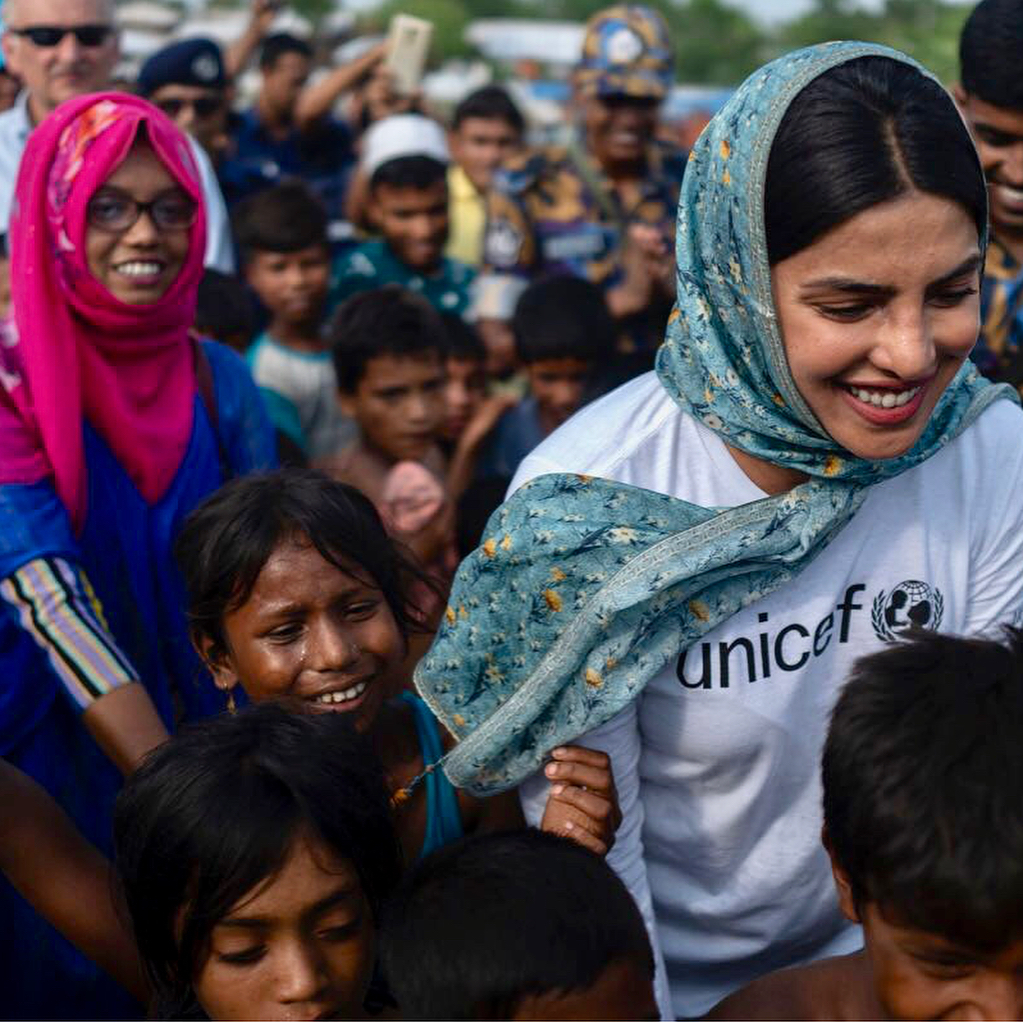 Last year, we saw the exodus of thousands of Rohingya Muslims from Myanmar. The brutal killings, torture, and rape forced these people to leave their country and find asylum in the overly populous Bangladesh. The lives of these refugees are again on the verge of being disrupted as monsoons arrive in Bangladesh. As the water levels rise, the people living on the fringe are on the verge of losing everything that they have tried to build over the last few months. 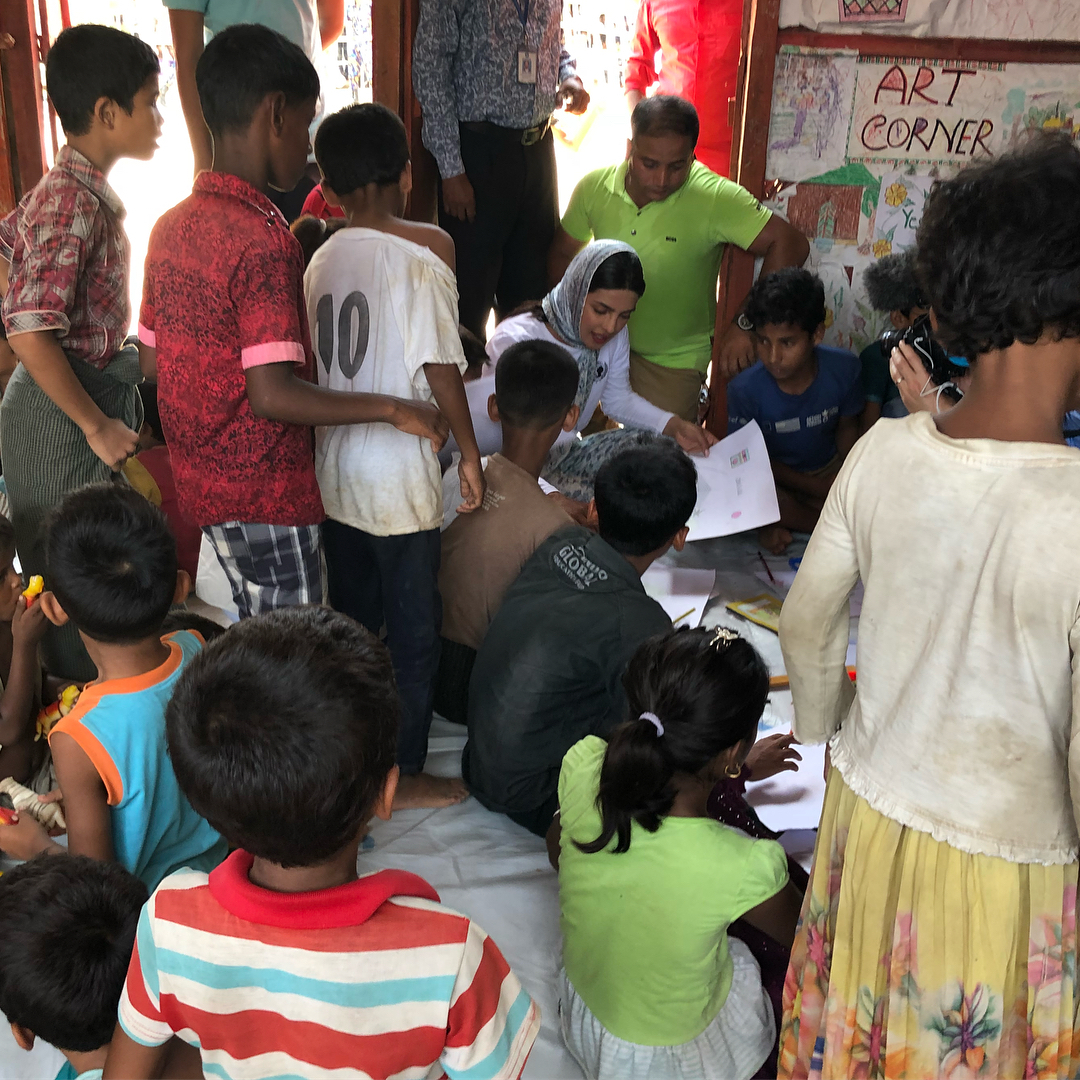 Priyanka Chopra’s field visit to the refugee camps has once again reignited the discussions about the Rohingya refugees amongst the South Asian nations – though each nation is still trying to evade bearing the responsibility for them. 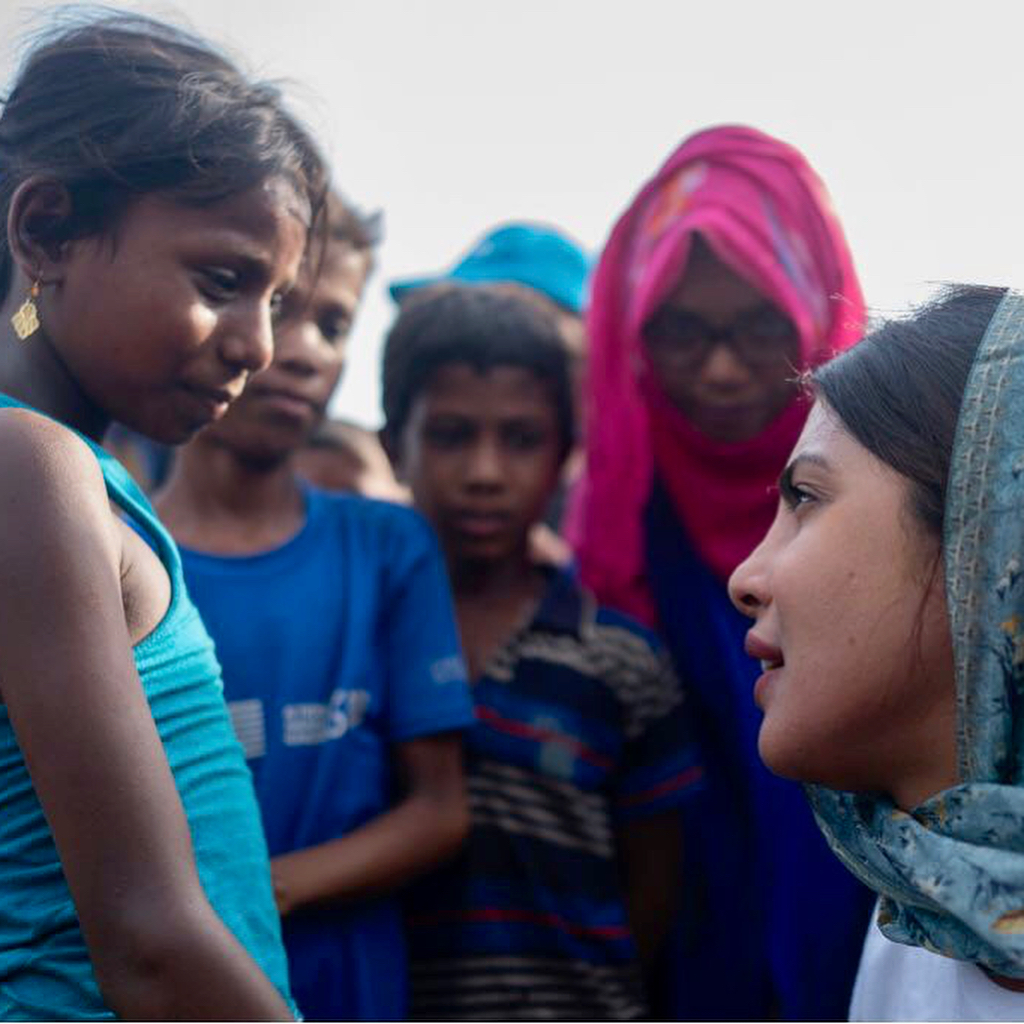 In her posts, Priyanka is seen pleading with people for help and the need to show more humanitarianism. Her heartfelt message read, “I’m in Cox’s Bazar, Bangladesh today for a field visit with UNICEF, to one of the largest refugee camps in the world. In the second half of 2017, the world saw horrific images of ethnic cleansing from the Rakhine State of Myanmar (Burma). This violence drove nearly 700,000 Rohingya across the border into Bangladesh – 60% are children!” 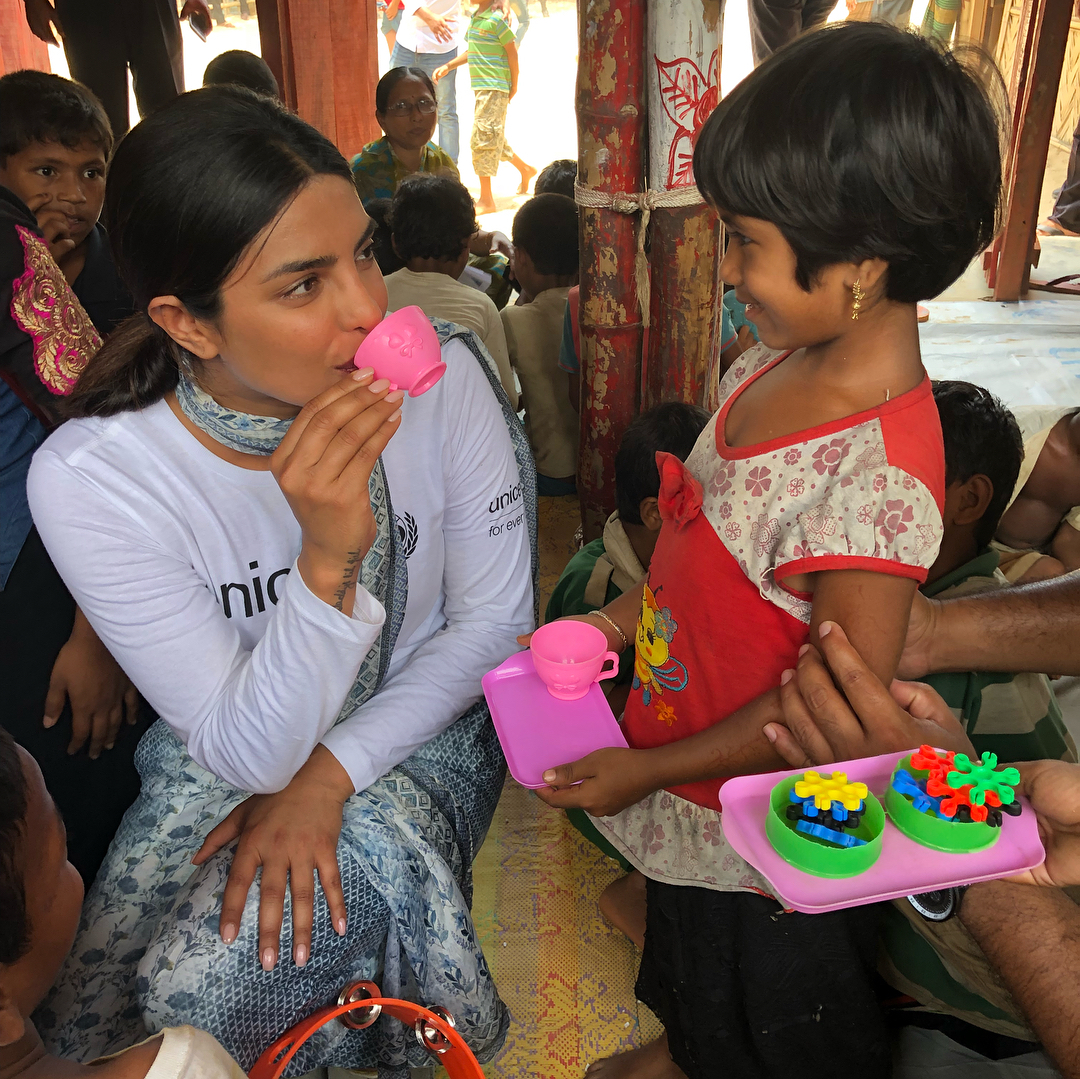 “Many months later they are still highly vulnerable, living in overcrowded camps with no idea when or where they will ever belong…even worse, when they will get their next meal. AND…as they finally start to settle and feel a sense of safety, monsoon season looms…threatening to destroy all that they’ve built so far. This is an entire generation of children that have no future in sight. Through their smiles, I could see the vacancy in their eyes.”

“These children are at the forefront of this humanitarian crisis, and they desperately need our help.
The world needs to care. We need to care.
These kids are our future.”

We hope people will rise to help at least the children, who have seen such horrors in life that many of us cannot even imagine.

The Gemini Celebrities With Dual Personalities!