Rajkumar Hirani’s latest movie to hit the screens, Sanju, is witnessing massive acclaim across screens globally. With the previous movies of Rajkumar Hirani drawing phenomenal success, his first biopic marries family entertainment with a strong underlying message. The movie’s success has garnered the highest single-day collections for a Hindi film in India. Estimates pitch worldwide gross earnings at USD 42 million, making it one of the highest-grossing Indian movies. 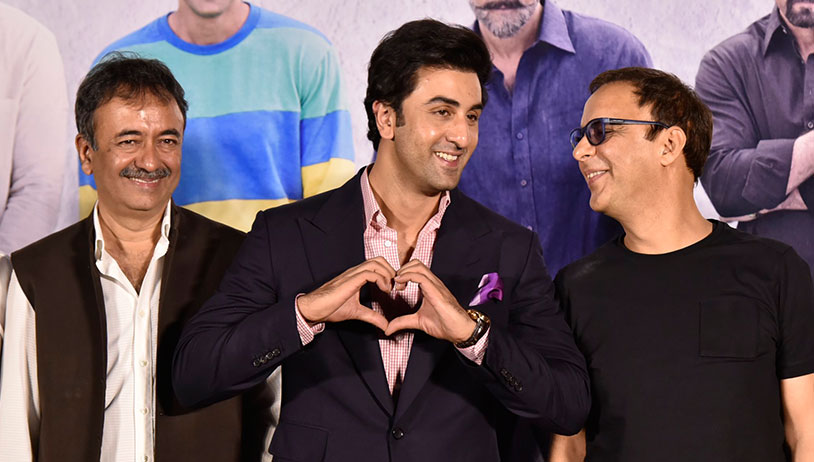 In a chat with us, director Rajkumar Hirani talks about the inspirational story of Sanjay Dutt, through the lenses of a director. The invigorating tale covers the many setbacks that Sanjay Dutt faced, and how he picked up from his dire situation. The protagonist, played by Ranbir Kapoor, breathed life into the story of Sanjay Dutt. “Ranbir is a fantastic actor, and his commitment is immense. The moment I told him that we had to do this film, his biggest worry was how he would carry out the look,” director Rajkumar Hirani tells us. “The project pushed Ranbir to spend about 3 to 4 months attempting to don the image Sanjay Dutt carried. For a director, it’s one of their greatest joys when they see an actor preparing well for their role in the film,” Rajkumar Hirani says. “You’ll know that he’s trying to work hard on it and that by the time he reaches the sets, he’s well prepared. All I can say is that it was a complete joy to work with Ranbir,” he says, exuberantly. 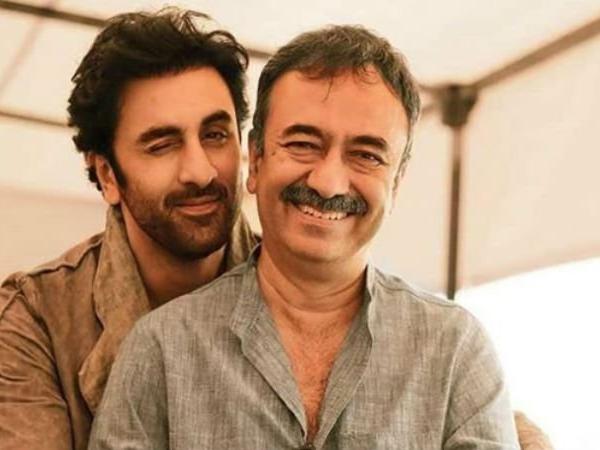 Ranbir’s commitment to exploring his role was exceptional. He sifted through piles of documents, images, and videos that dated back to decades to understand Sanjay Dutt as a person. “What came to his advantage was also the fact that Ranbir had known Sanjay Dutt as a kid. He had grown up seeing him function. He had known him as a person, and that was the biggest advantage,” says Hirani. 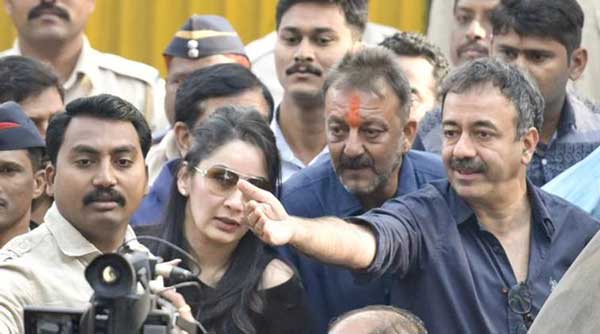 The film was Hirani’s first biopic, and the experience was terrific. “If you ask me, I have only used about 10% of his life, picking up the best aspects of his life. Even if you look at the best biopics, they focus only on some aspects of the character’s life. For me, what was important was to show his life and the drugs, and how he came out of it. We also wanted to focus on his gun story. Portraying his personal relationships was irrelevant,” he explains. 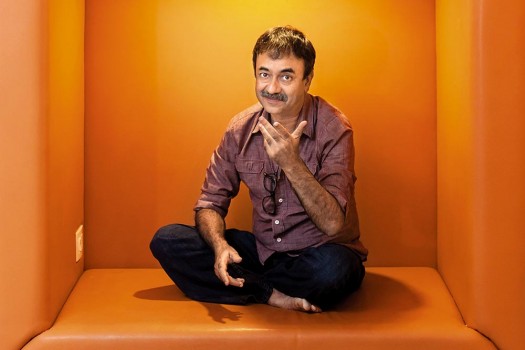 When talks of the movie came up, Rajkumar Hirani faced much flak. However, with the movie hitting theaters and running into a massive success, he remarks that in hindsight there will always be some contradictory opinions that arise. “This is not a propaganda film,” he says, to critics who deemed that it was aligned as one.” On the contrary, “ I feel very strongly that this is a story of a loser. He’s not portrayed as a hero. In fact, the heroes in his life were his father and his close friend who saved him,” he tells us. “It is a very difficult story for a director to make. How do we inspire others with such a story? We can see from the huge amount of love coming that it has touched hearts, and I don’t take the negative feedback seriously,” he remarks. “This is the Sanjay Dutt I’ve known.” 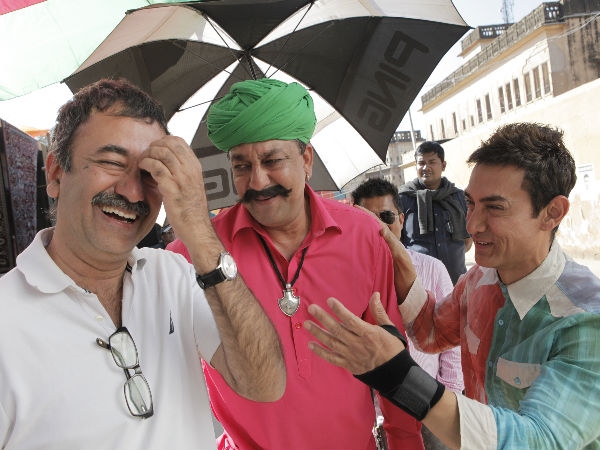 Rajkumar Hirani reminisces about his close experiences with Sanjay Dutt as an actor. His professionalism was commendable, and he always strived to give his best for a movie. “We collected snippets from many who were close to Sanjay Dutt to film this biopic,” he says. It helped bring to life the person that Sanjay Dutt was. “I had a working relationship with Sanjay Dutt since we had worked together for two movies. But when I happened to read his story, it left me astounded, and it got me thinking. I wanted to portray his life story to many others,” the director tells us. 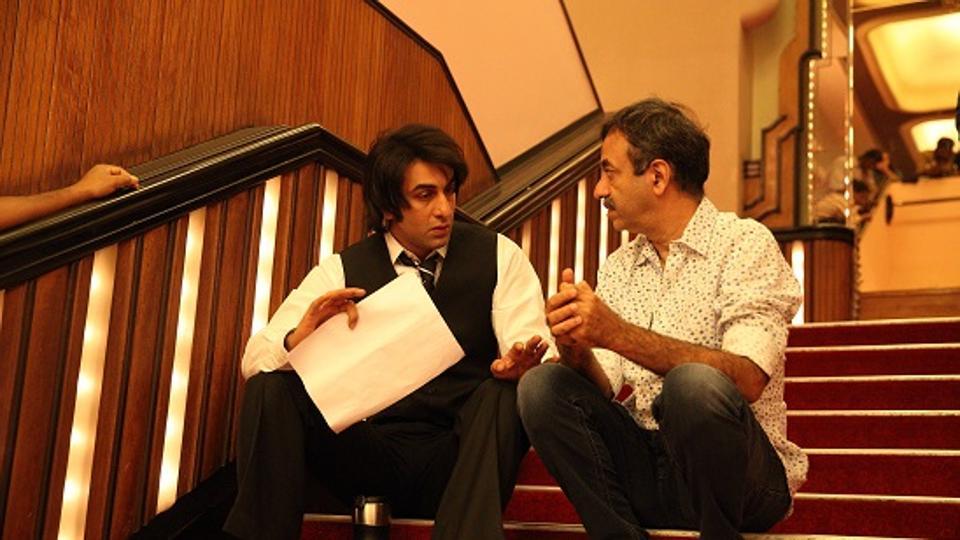 After directing a string of massive hits, Rajkumar Hirani’s biggest inspiration comes from ideas and stories that he feels need to be told to a larger audience. The hint of subtleness portrayed in each of his movies have seen them woo scintillating success, and were received with high acclaim among the audience. “I would love my audience to take away the values drawn from Sanjay Dutt’s biopic. To let them know that these are the things that one should not do, to value selfless love from your father. These are the people who will stay around, so we need to learn to value them,” he says. 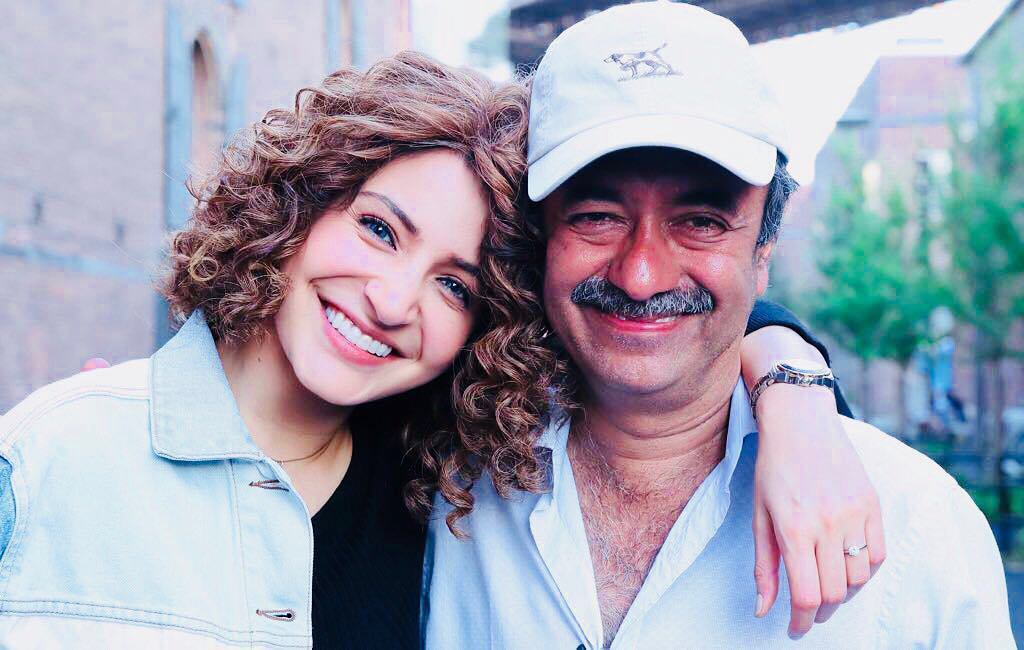 With Rajkumar Hirani’s latest film dabbling with many plaudits, the director has successfully tapped into entwining cultural ideas with his storytelling techniques, leaving a huge impact on the audience.