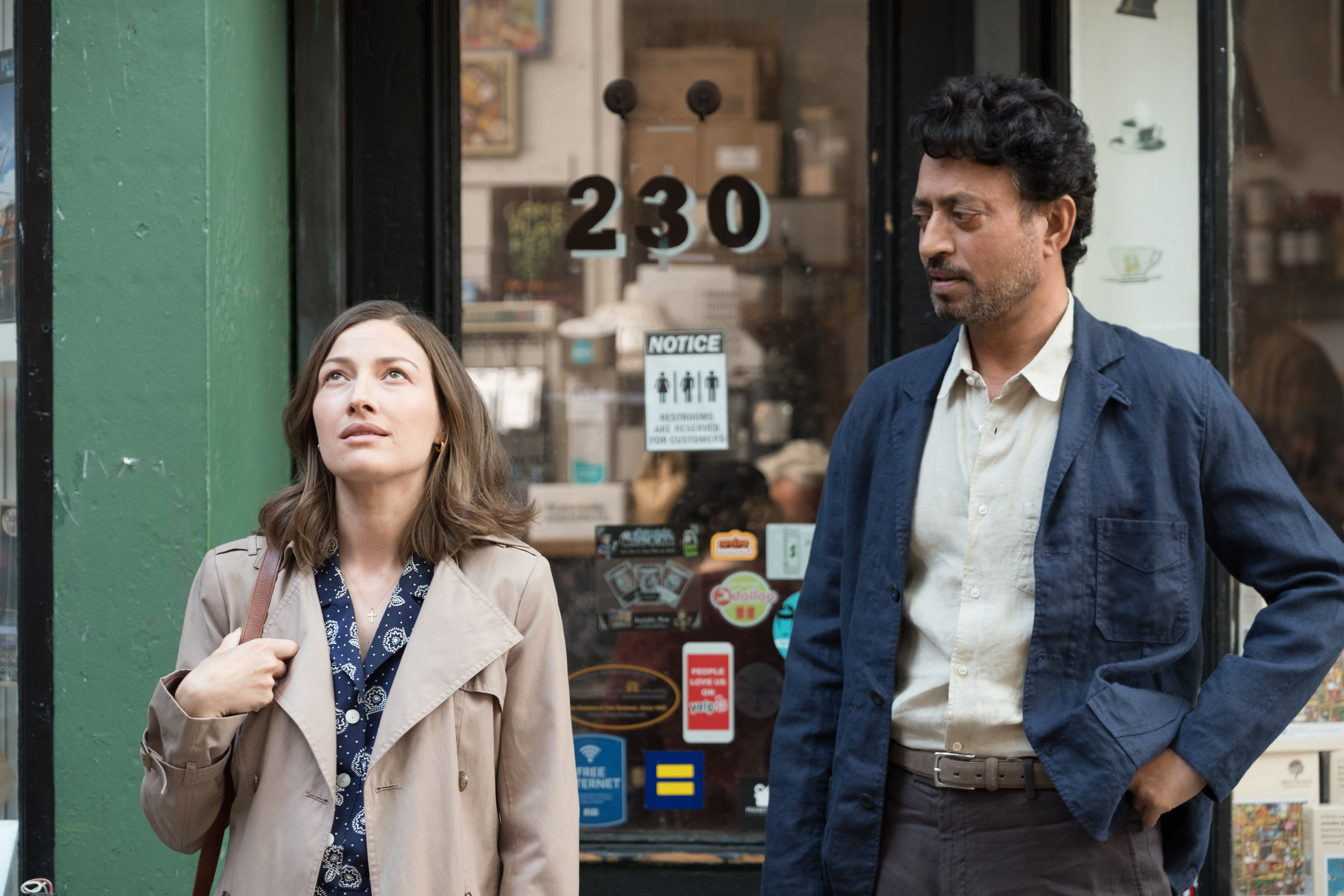 Movies with female protagonists in the lead hold a special place in our hearts, but the reason why Puzzle is unique is due to the subtlety and quiet poise that runs through the film.

Kelly Macdonald is a housewife. Her husband and even her kids take her for granted, they think she doesn’t really know anything. She is shown as a very quiet and insecure person. But she loves doing puzzles and when she’s doing them she is another person. She can do a 1000 piece puzzle in just a few hours. The puzzles are an escape from her everyday life. 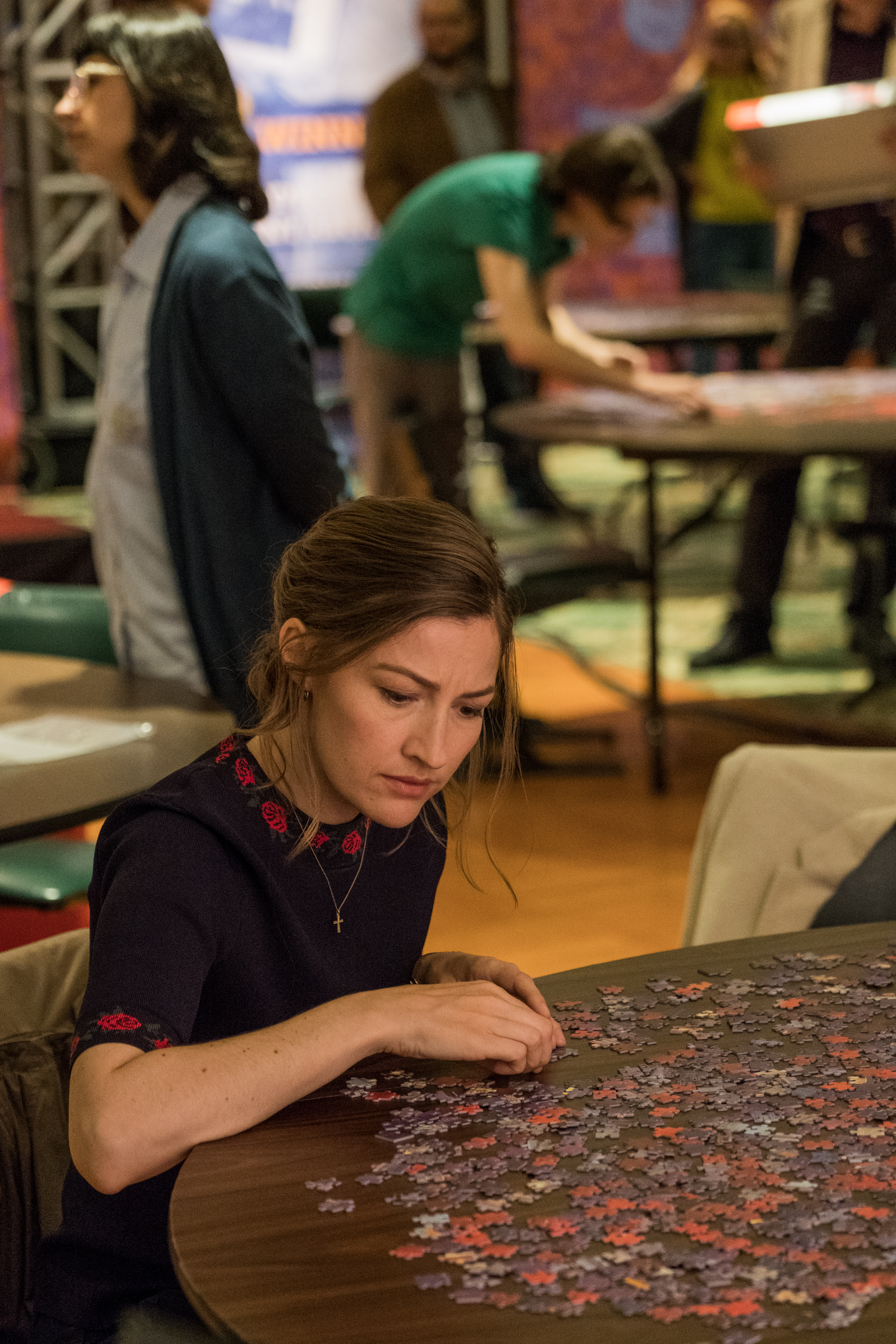 She is the woman that her family has forgotten about. It seems like the story of every other woman, who is a housewife and has one of the most ungrateful jobs in the world. It may seem like a common plot but it is still very relatable. 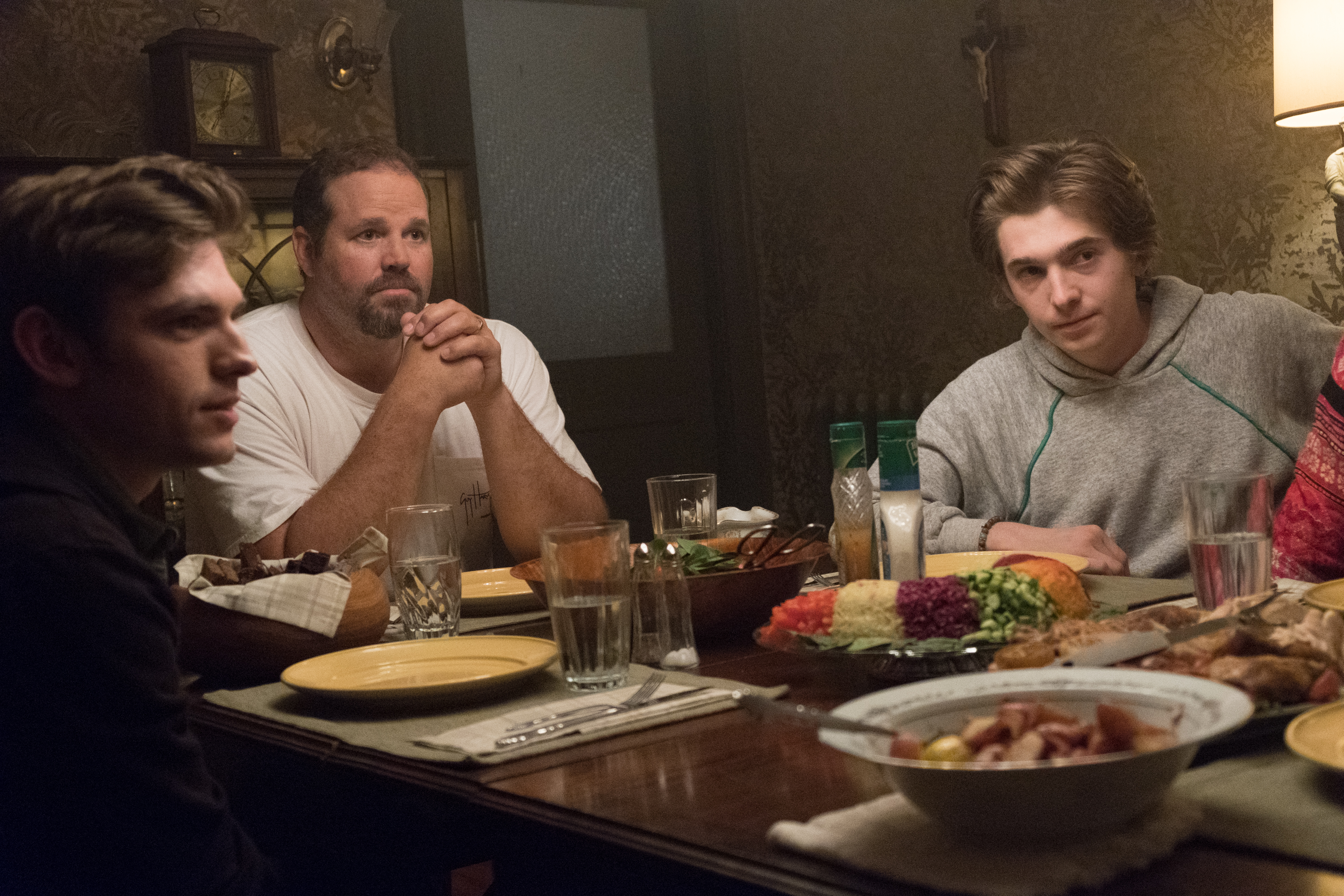 One day sees a sign that someone as put up asking for a puzzle partner. The man behind this sign is Irrfan Khan, a billionaire living in Manhattan, who got his money from coming up with an invention and selling it. 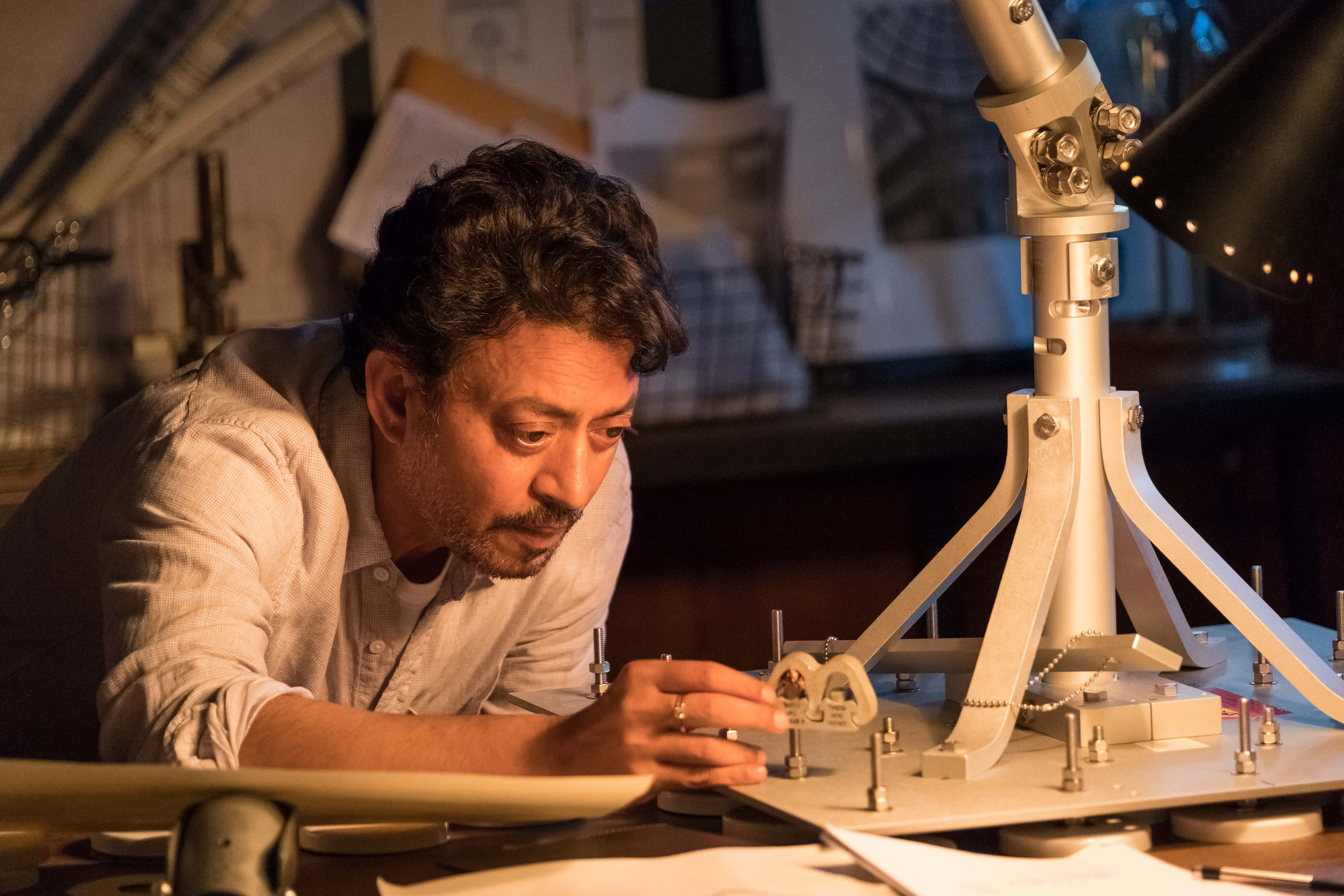 At first, Kelly finds Irrfan to be a little weird but eventually falls for him. Probably because he sees her, unlike her husband who looks right through her as they live their routine lives.
The story revolves around the concept of a simple board game, but the metaphorical presence of layers of issues related to one’s life is poignantly reflected upon. While joining the pieces of the puzzle, the story ponders upon unasked questions, unsaid hopes, untold expectations and the futile dependency of every person on the family to make space for oneself in the society. 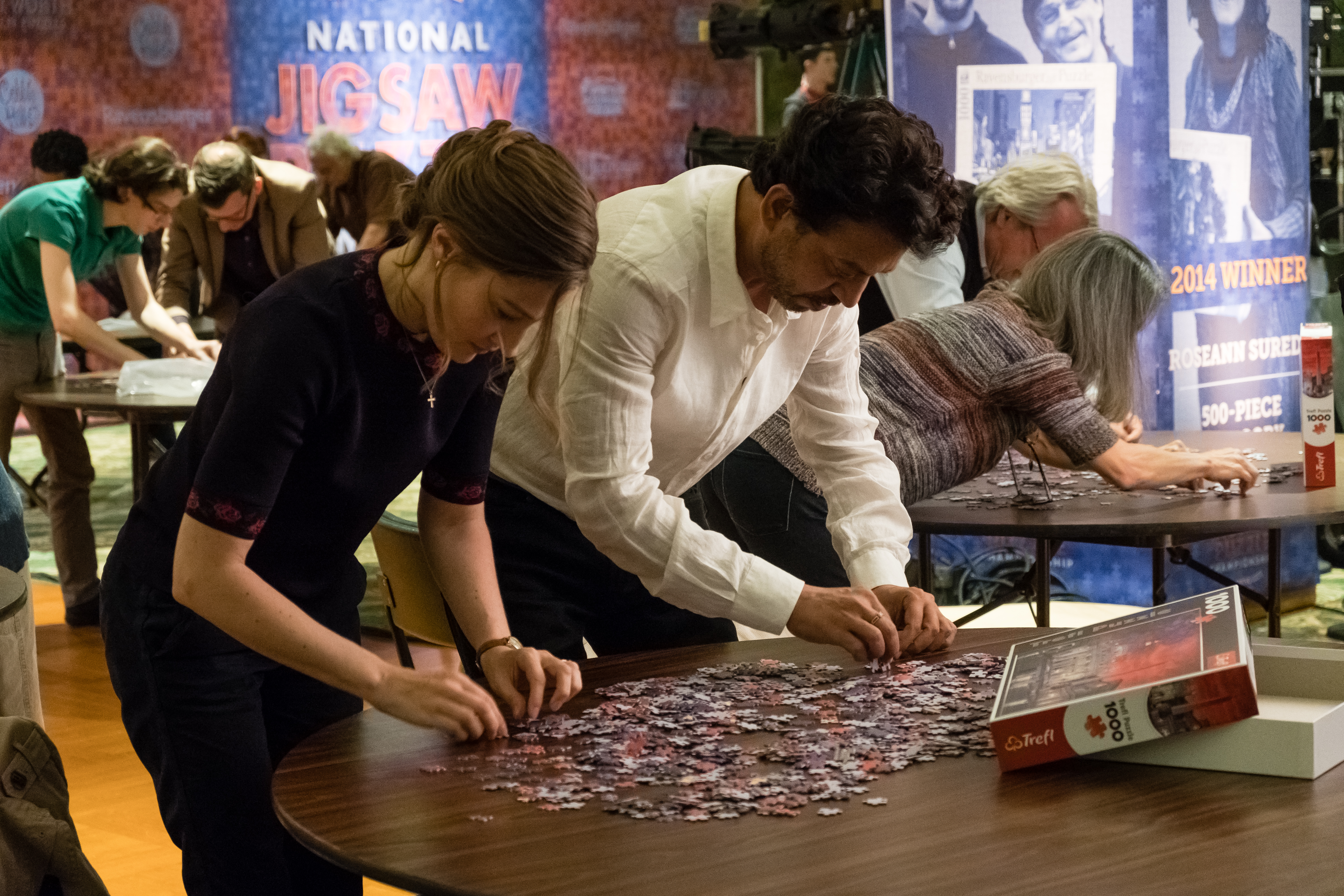 There are a lot of ‘what if’s’ in this story. Many of which maybe we need to ask ourselves.
Puzzle, directed by Marc Turtletaub and written by Oren Moverman and Polly Mann, is based on the 2010 Argentine film of the same name. Slated for release tomorrow, July 27th in New York and Los Angeles, the movie premiered for the first time in the 2018 Sundance Film Festival to raving reviews. Puzzle will be released in other cities in August 2018. 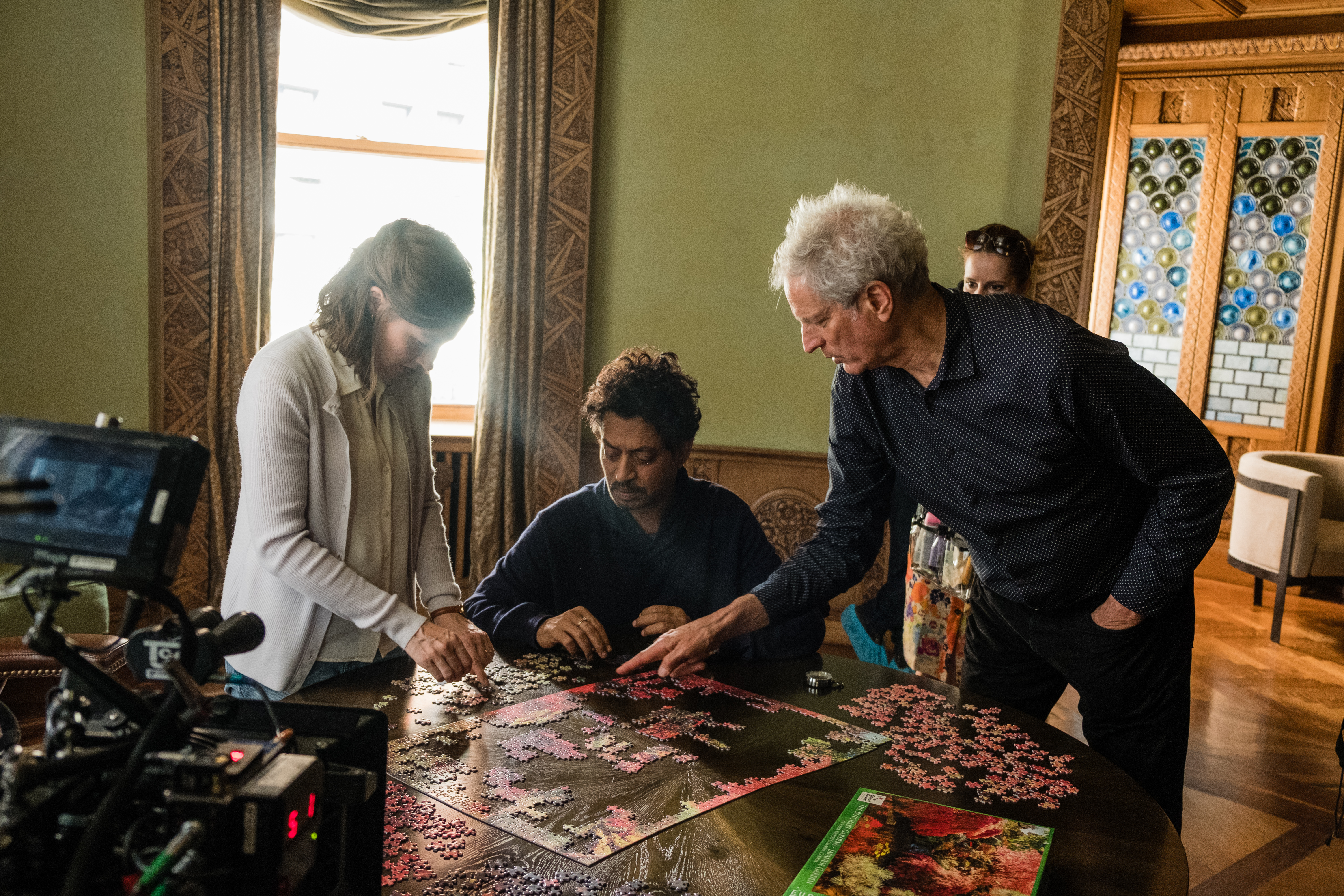 The movie is all in all an expression of how someone tends to forget their own worth till something pushes them, but once they realize their own worth it’s very hard to turn back. And for those who take them for granted – well it becomes their loss. 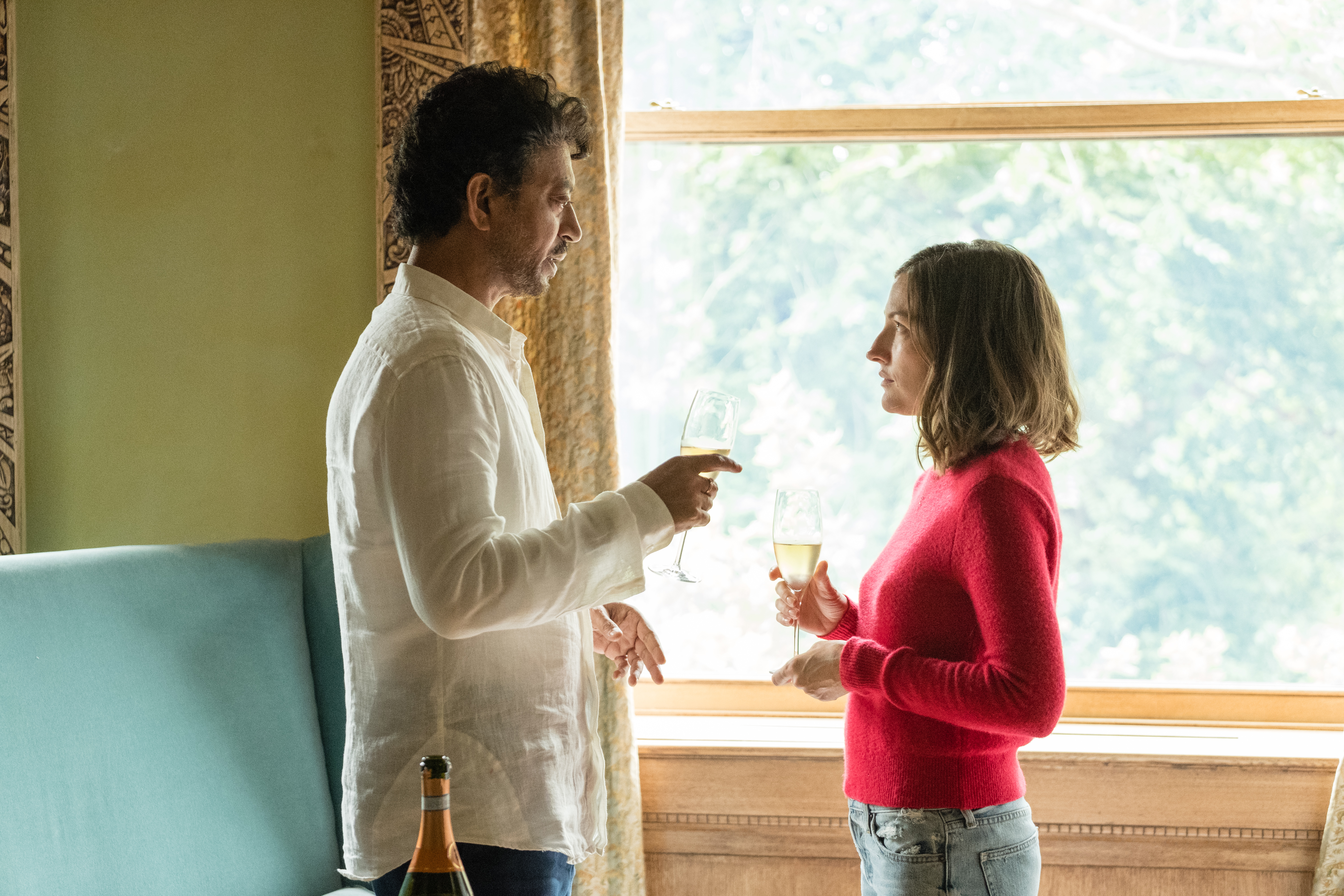 This movie is a must watch for all those who love a good story and movie that stays with you for a long time after you leave the theatre. Watch the trailer here: