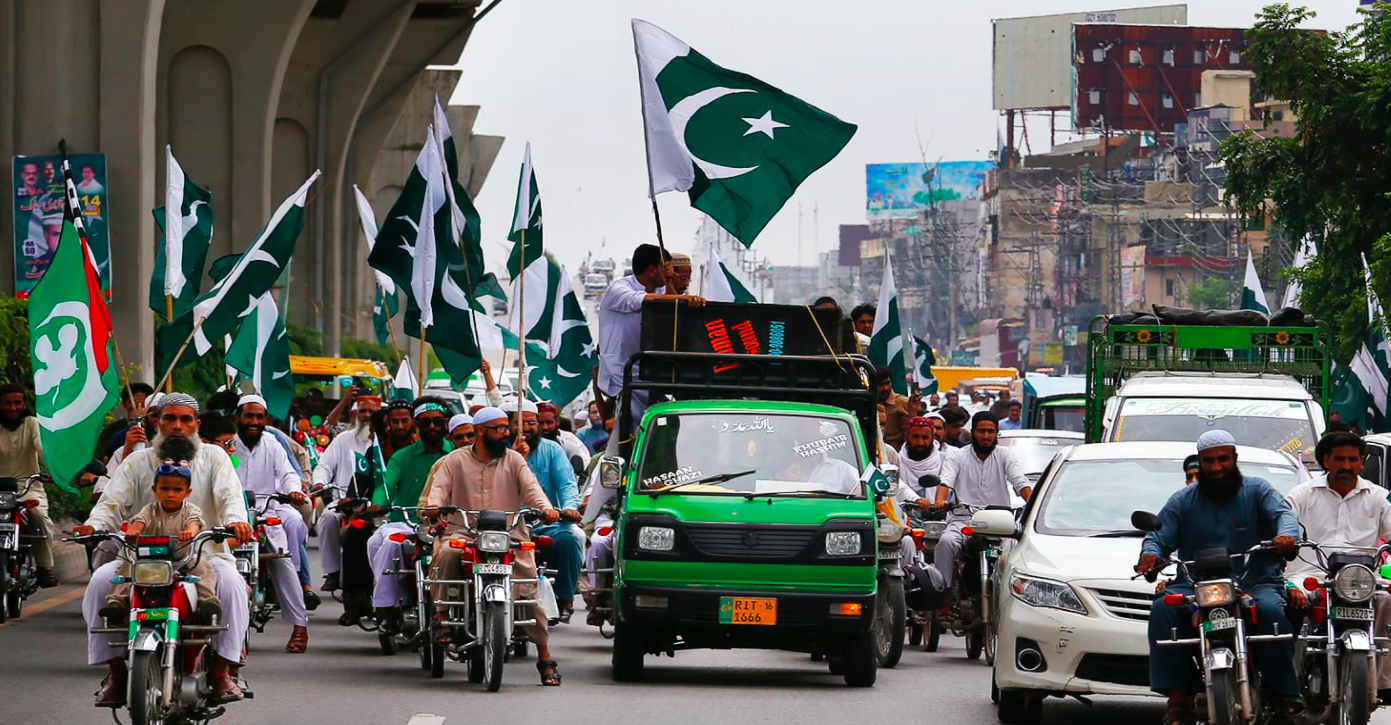 The 71st Independence Day of Pakistan has been charged with energy as the victory in elections and the resounding voices to celebrate the dawn of Naya Pakistan.

Most cities were decked in bright, colorful lights and the cheerful atmosphere kicked in with youngsters racing through streets on bikes, showcasing their patriotic fervor and waving flags.

Check out all that people did today!

The celebrations started at midnight and people celebrated all day!

The cast of Jawani Phir Nahi Ani 2 trooped up for the perfect shot on Independence Day.

And we sure had people sending out messages on social media. This Independence Day message from former Pakistani cricketer Younus Khan with his children was sweet.

People also celebrated Independence Day with some trivia and some love from around the world.

#AzadiMubarak 🇵🇰 to everyone. We are celebrating #IndependenceDay at #EatonCentre #Toronto and insha Allah at 9am in UK, we will be on screens of 10 major tube stations in central London. #14thAugust2018 #PakistanZindabad #PakistanMubarak pic.twitter.com/hlOGPpFckw

As a nation we are at a turning point. Never have we had a better chance of changing Pakistan for the better, for our children. Treat this country like your home & all its citizens as your family, we will prosper together.#AzadiMubarak #PakistanZindabad #IndependanceDay pic.twitter.com/EWbLsw07sU

From tree plantations to blood donation drives, the people of Pakistan made every effort to make a difference.

As Pakistan steps into a new era, people all over the world hold high expectations from the new Imran Khan government that has promised to rebuild the country and take it to the zenith of success.

We wish Pakistan and all Pakistanis a very happy Independence Day!