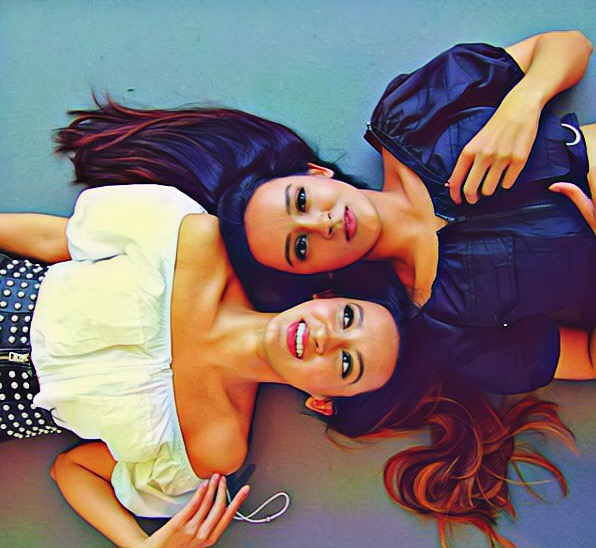 “If you want to learn something, learn it with passion!” Poonam and Priyanka Shah have this invaluable piece of advice for all budding artists. Why, it is this very passion that has brought them where they are today. The young twins have become a sensation through their multiple viral videos. They have spent ten years training in Bharatnatyam and some of the videos of these two dancers, choreographers, and YouTubers, like the Legacy Intro and Pinga, have garnered more than five million views on Facebook. 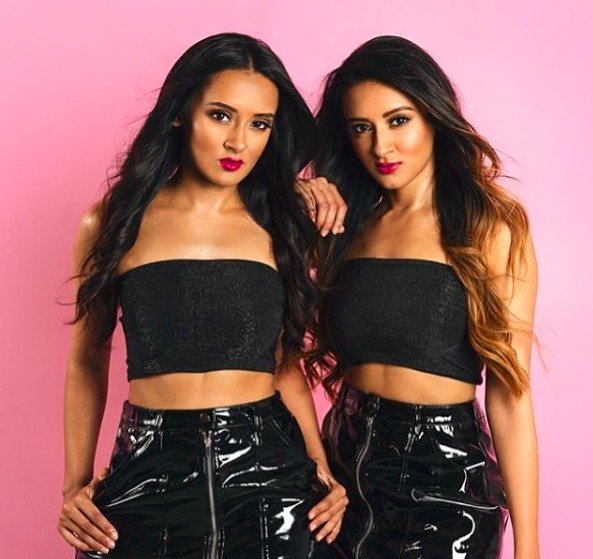 Poonam and Priyanka Shah were born in Ontario, Canada, and were raised in Chicago, Illinois. The fraternal twins graduated from the University of Illinois at Urbana-Champaign and received their degrees in the College of Business. After leaving the Desi dance circuit, the Shah sisters released a number of videos that won them over 25,000 subscribers on YouTube. They gained fame on the small screen after participating in the 9th season of Jhalak Dikhhla Jaa.

With such an inspiring story to tell Poonam and Priyanka shared with us how they paved the way for so many Desi dancers by their perfect fusion of the east and the west. As our Feature Friday, they say that most people don’t realize that success comes only after a lot of failures. “So all you can do is to keep trying and keep getting better,” they believe. 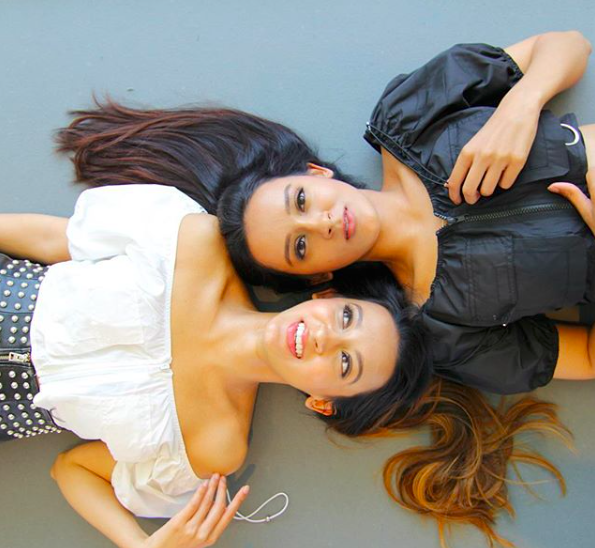 Failures have taught them the value of success. But rather than give up, what made them persist? “What kept us going was the passion for what we were doing!” 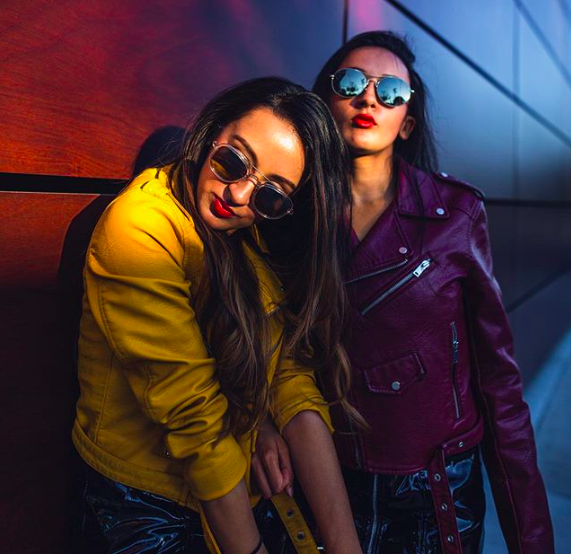 Poonam and Priyanka believe in hard work and continuous effort; but they are also aware of the role that luck, personality, thought, ability, and marketing play. They believe that the right move, right place, right people can make wonders. With competition so great, and so much talent out there, luck has to be on your side. They believe that it is only persistent effort that matters in the end: “The Internet is so ambiguous. You never know what might hit the internet. So all you can do is to keep trying.” 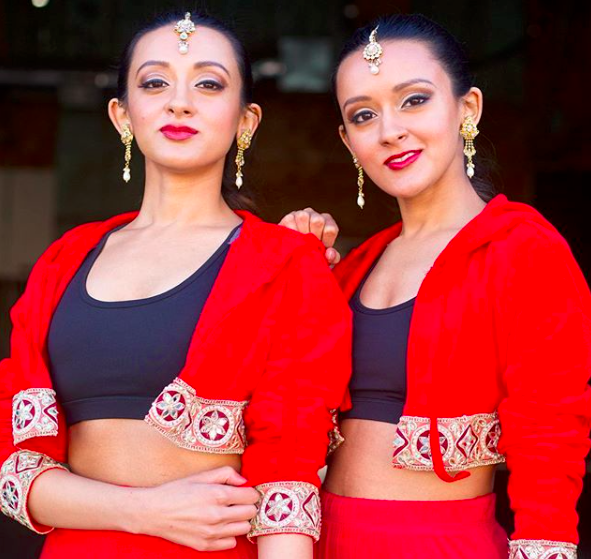 Though they are twins, their personalities and individualities are very different. However, “We get along really well!” Poonam says. Both agree that Poonam is the more reserved one and Priyanka is more responsive. Poonam is introvert by nature and Priyanka an extrovert. Nevertheless, when it comes to doing the choreography and coming up with new dance ideas, “it is always a 100% joint effort!” 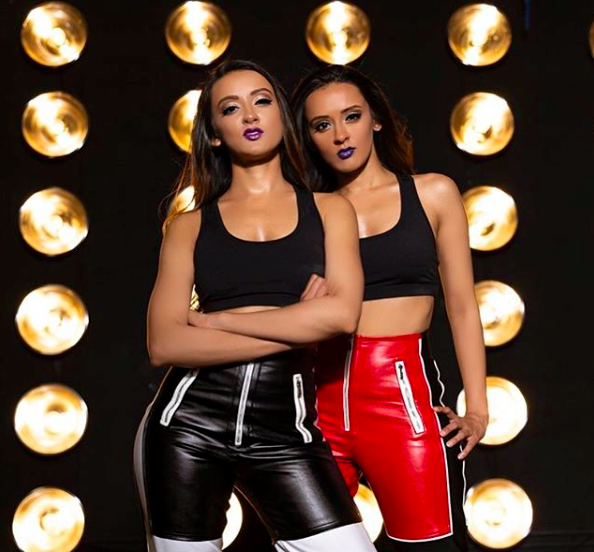 The two sisters “never thought that dance is something we would do,” as they were “dancing just for fun at college,” and had to be bribed by their mother into going to dance classes. After that, they took over the dance community by storm. 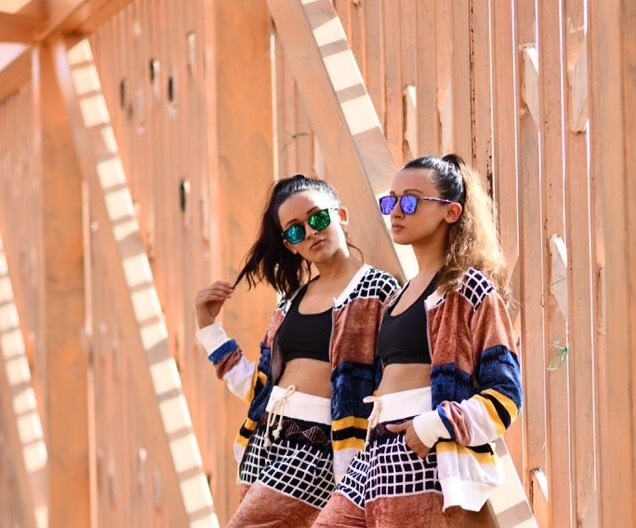 These awesome sisters have many plans. The journey that started years ago took them to the sets of Manmarziyan. Working in this movie and being on the sets for the first time proved to be an amazing experience for them and they are elated about it. Currently, they are learning acting. In future, they aspire to be in Hollywood or Bollywood, whichever would give them a chance.

And their advice to young aspiring dancers? “Please learn the craft very well before proceeding. If you are going to do a million different things, you would never be good at any one thing. Pick something, stick to it!” 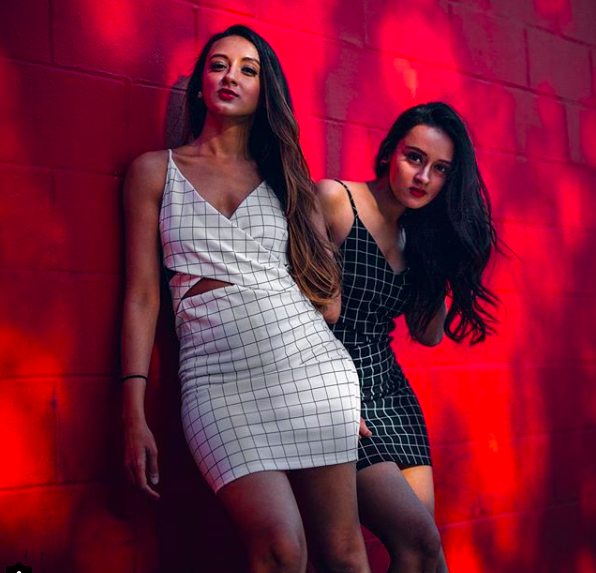 The talented duo are continuously innovating themselves and hope to do better and bigger things in the future. Best of luck Poonam and Priyanka! We wish you a very fulfilling journey ahead!