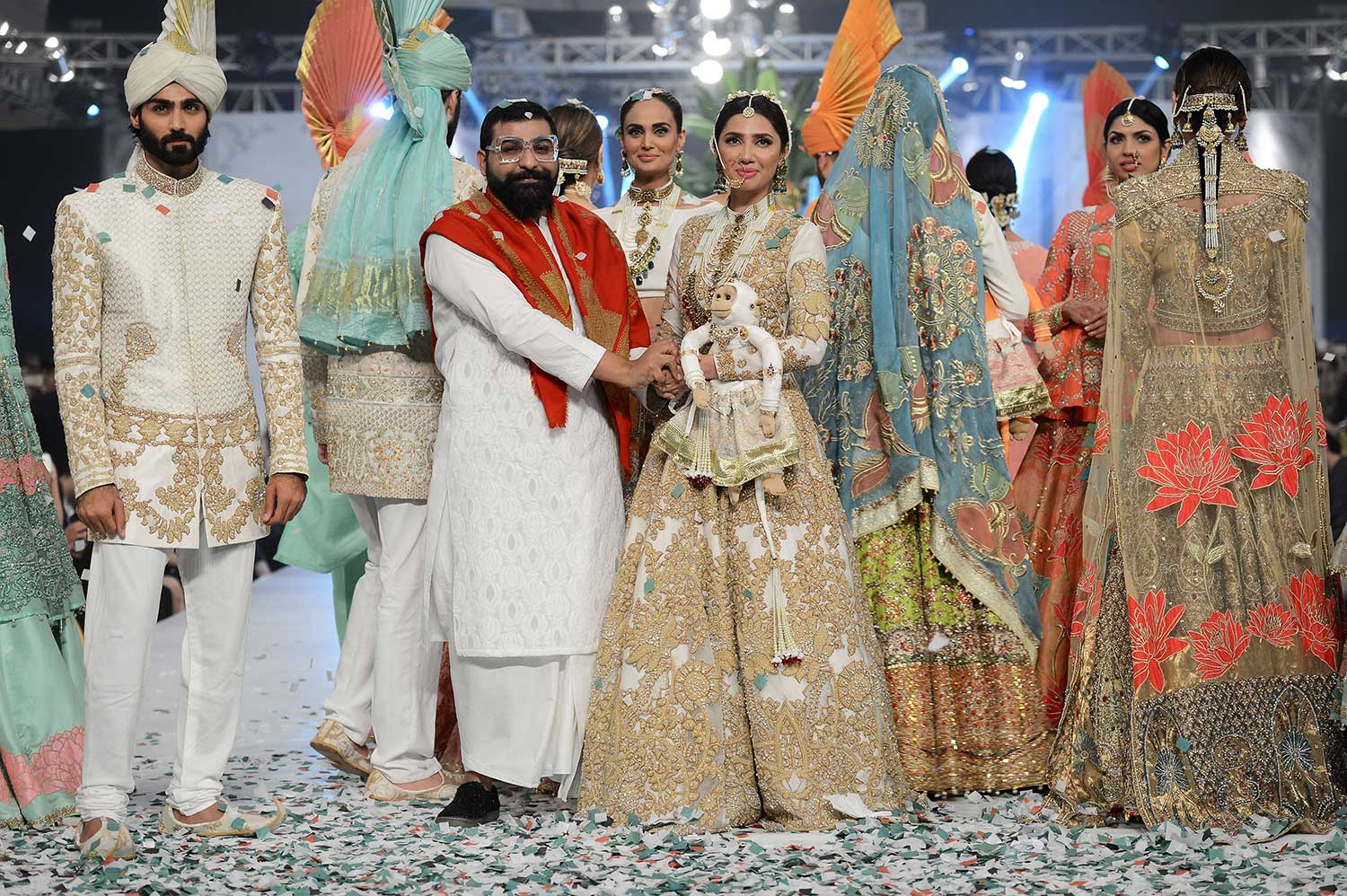 Pakistani fashion designer Ali Xeeshan has always been vocal on social issues, which he has presented every time in his fashion shows.

Recently in an interview with BBC Asian Network, he explained how brides in Pakistan are pressurized to look a particular way to please guests and on social media. He said that he used the monkey doll as a symbol in his fashion show as he believes that like a monkey, brides generally do not have a say. The brides are given instructions to smile less or more or to wear this or that just like a product, according to Xeeshan. He also said that people now days are getting married to get into competition on social media or to grab attention and to get more likes. 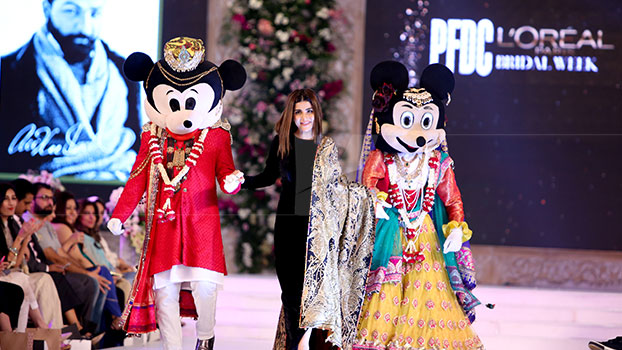 He also mentioned that he believes that weddings are like a circus, “Weddings are ‘Tamasha’ as you have to look a certain way or become something else losing your personality. This scenario is like very cartoonish for me, and that is why I used Mickey and Mini Mouse as bride and groom in the show,” he explained. 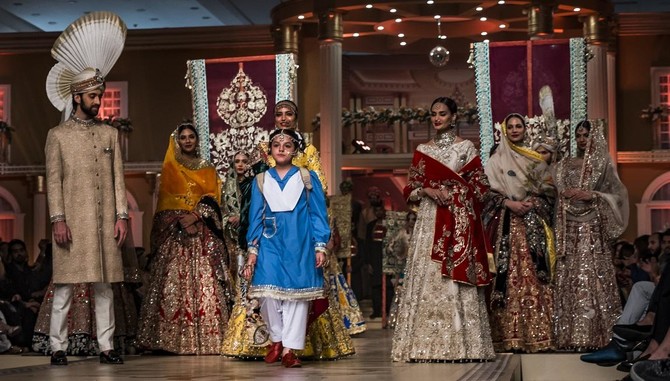 But his main issue has always been child marriages in Pakistan. Xeeshan had focused on this issues in his show in 2017 in ‘HUM bridal Couture Week’ in Pakistan, which had garnered a lot of attention becoming the perfect platform for a strong voice against child marriages.

The designer startled everyone by choosing a young teenage girl as his showstopper for his bridal collection, to walk down the ramp wearing a ‘Bridal Uniform.’ 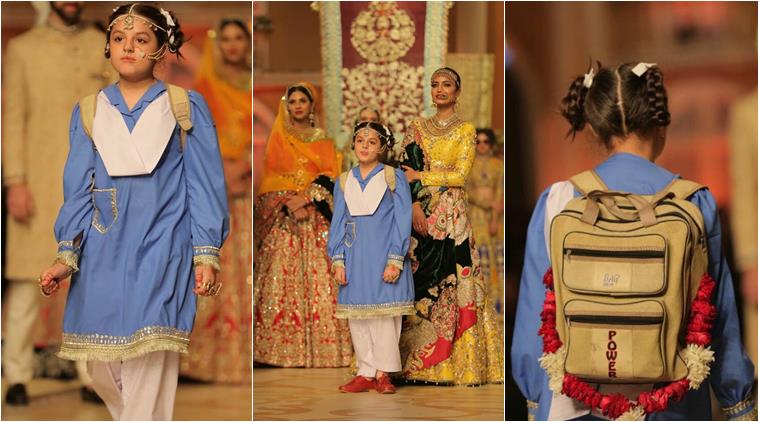 Ali Xeeshan designed a blue salwar kameez with gota patti work, which the young girl wore with a big nose ring, maang tika and hands painted with henna showing this is how young brides look. But with braided hair tied with ribbons and a garland on her bag of books meant and urged people that they all should stand up for education for girls and abolish the child marriage system.

Xeeshan’s motto was ‘fashion for a cause,’ with a young girl decked up in bridal jewelry, wearing a school uniform as she strutted down the catwalk, with a school bag on her shoulders. 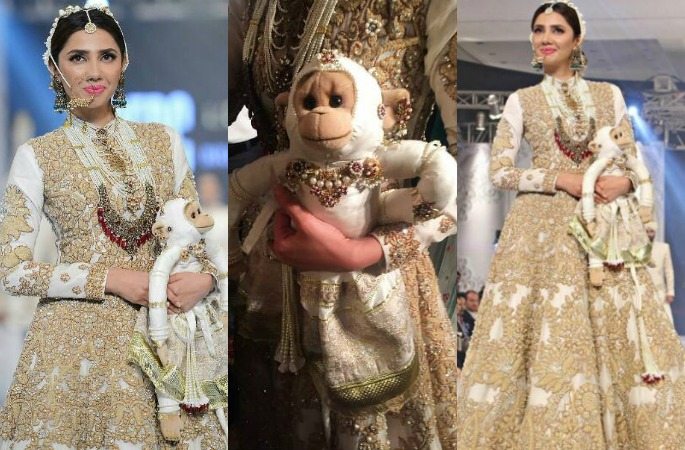 He said, “Many girls who can be a doctor or an engineer or who can do much better in life those girls are forced to get married at a very young age. By 16-17 when the girl is growing up, they are pressurized a lot, and that’s not fair on them.”

He did a thorough research on how many girls are forced to get married every third second. He added that a woman from the UN joined him and designed with him a bridal uniform. “Our main idea was to give a message that the girls should be sent to school, not to banquet halls,” said Xeeshan. 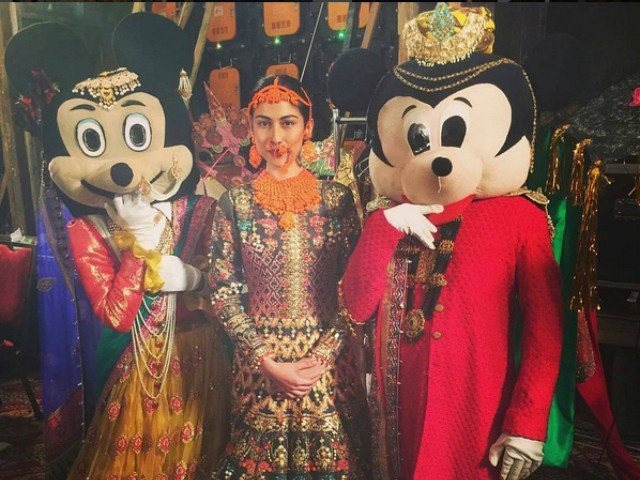 It is sad that in this era, the problem of child marriage is still a predominant problem around the world. “Not just in developing or underdeveloped country, it is a social practice that is still popular in developed nations as well, he mentioned.

Though the United Nations Entity for Gender Equality and the Empowerment of Women (UN Women) are working closely to eliminate such evil practices many organizations and celebrities have also raised their voices to remove such acts and have signed petitions for the same.