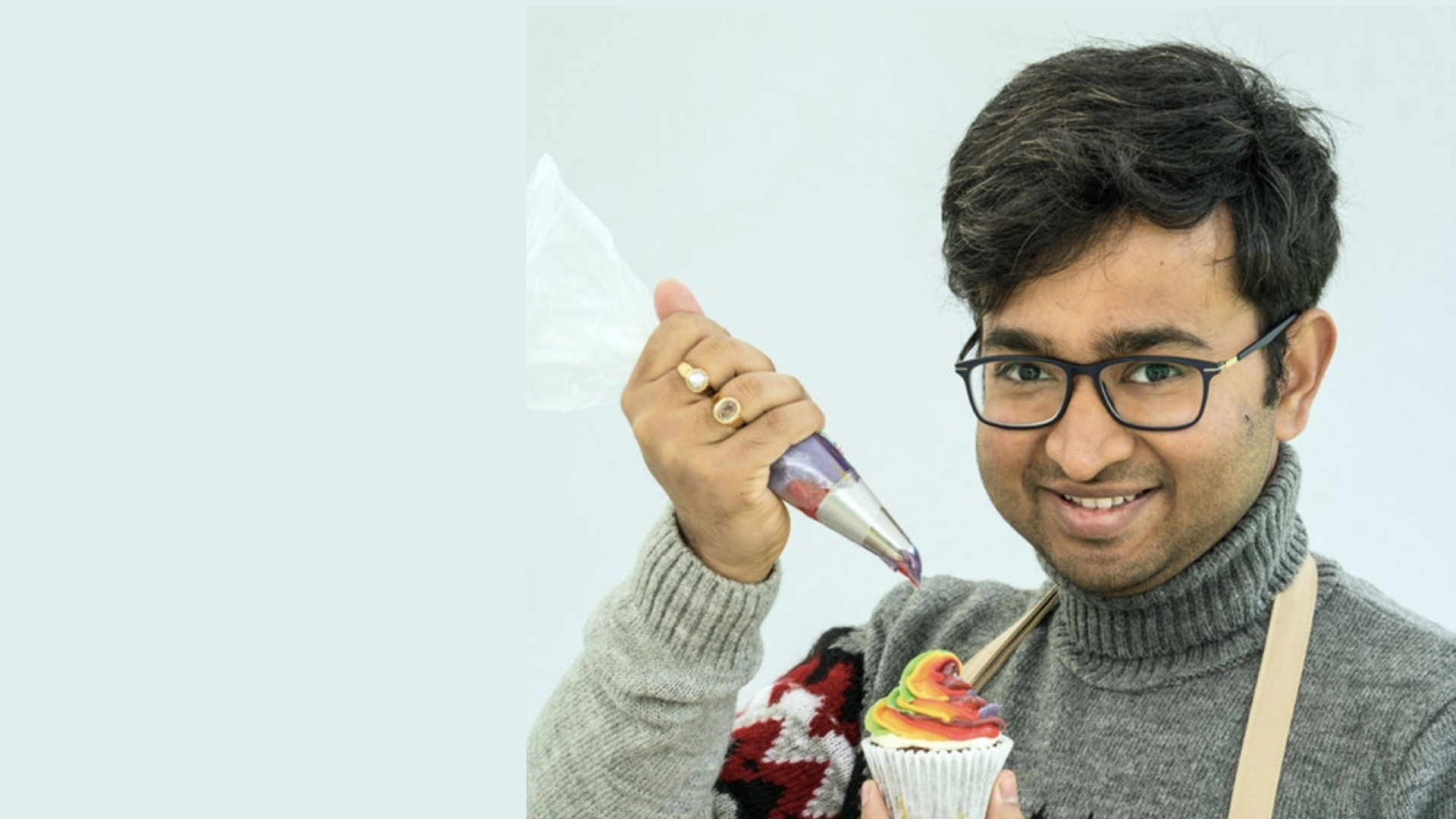 Imagine an Indian Engineering researcher living in Yorkshire with an English couple, who had never cooked until two years ago, winning the most prestigious British baking show by making mango-filled doughnuts! It sounds unbelievable, but it’s true. Rahul Mandal, a Calcutta boy, best described by The Daily Mail as a person with a “nervous disposition, a slightly nutty character and a disarming lack of self-confidence,” has become the baking hero by winning the final of The Great British Bake Off on Channel 4.

A post shared by The Great British Bake Off (@britishbakeoff)

Rahul Mandal lives in Yorkshire with an English couple, Liz and David who first encouraged him to take up baking and apply for the show. 30-year-old Rahul works in Sheffield University’s Nuclear Advanced Manufacturing Research Centre and specializes in “light-based measurement of engineered components.” Eight years ago, he moved to Loughborough University for his Ph.D. in “optical metrology” on a scholarship. 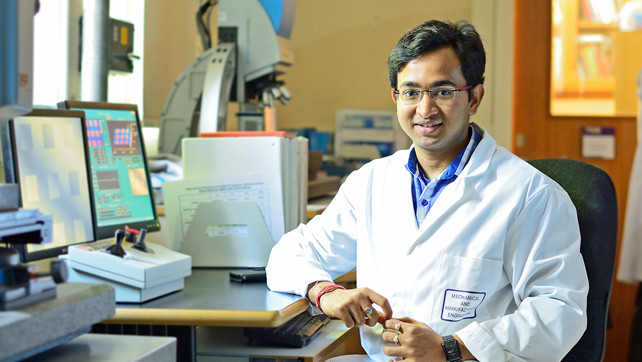 But little had he thought that he would ever take part in a baking competition. However, when Rahul started baking, he soon realized that baking and science are very similar, “I love my work as a research scientist, and I think baking is a combination of physics, engineering, and chemistry. Baking and science are very related; the ratios have to be correct to make it work. I would like to make the science behind baking more accessible to everyone.” 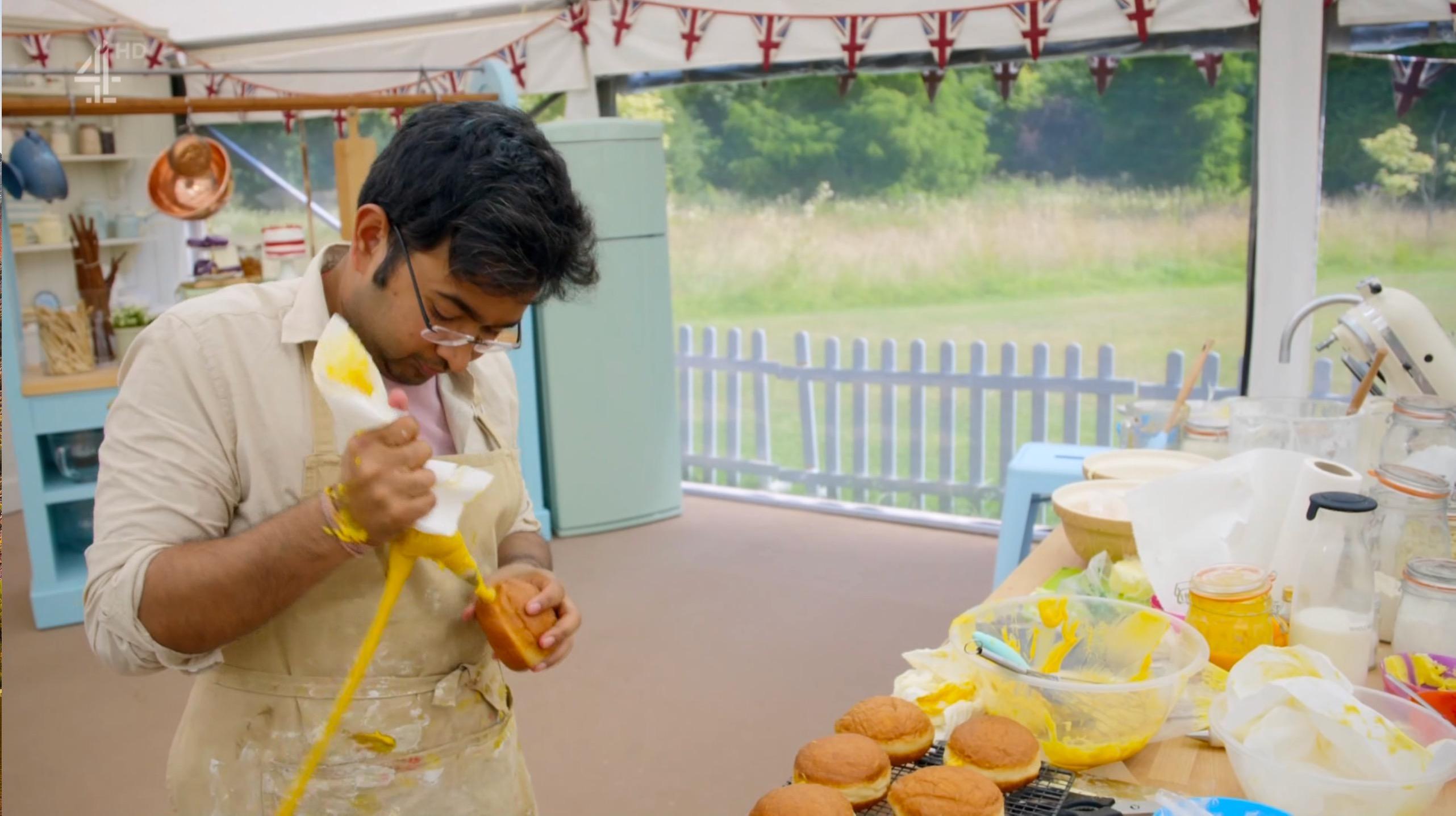 What makes this victory even more surprising is that before this competition, Rahul had never eaten a doughnut, let alone made one. The Daily Telegraph wrote about Rahul that “in the campfire technical, he blinked and whimpered in the smoke like a startled dormouse in a stubble-burnt field”! But what impressed the judges was his “East meets West” style of baking and what won him this trophy was the ambitious Rock Garden dessert showstopper, which featured an incredible 200 items, all of which formed an elaborate and touching metaphor for Rahul’s spiritual journey from India to the UK. 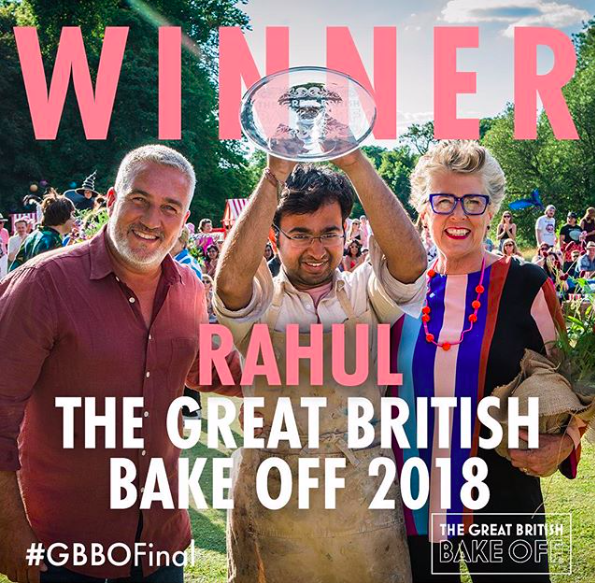 After winning the trophy, the first thing he did was to call his mother. During the course of the challenge, Rahul Mandal won many hearts; his inability to get along without his parents, especially his mother, endeared him to many viewers and participants. So, now that the contest is over, what’s next? Will Rahul abandon his career as a scientist, probably not, but he will certainly continue to bake, because, as he says, “Bake Off has given me a new family, I felt I had a mum, dad, brother, sister, aunt, uncle, as everyone in the Bake Off tent supported me in a weird and wonderful way.”

Padma Lakshmi Is Now On Etsy!

Just Some Hummus To Add A Little Zing To Your Palette