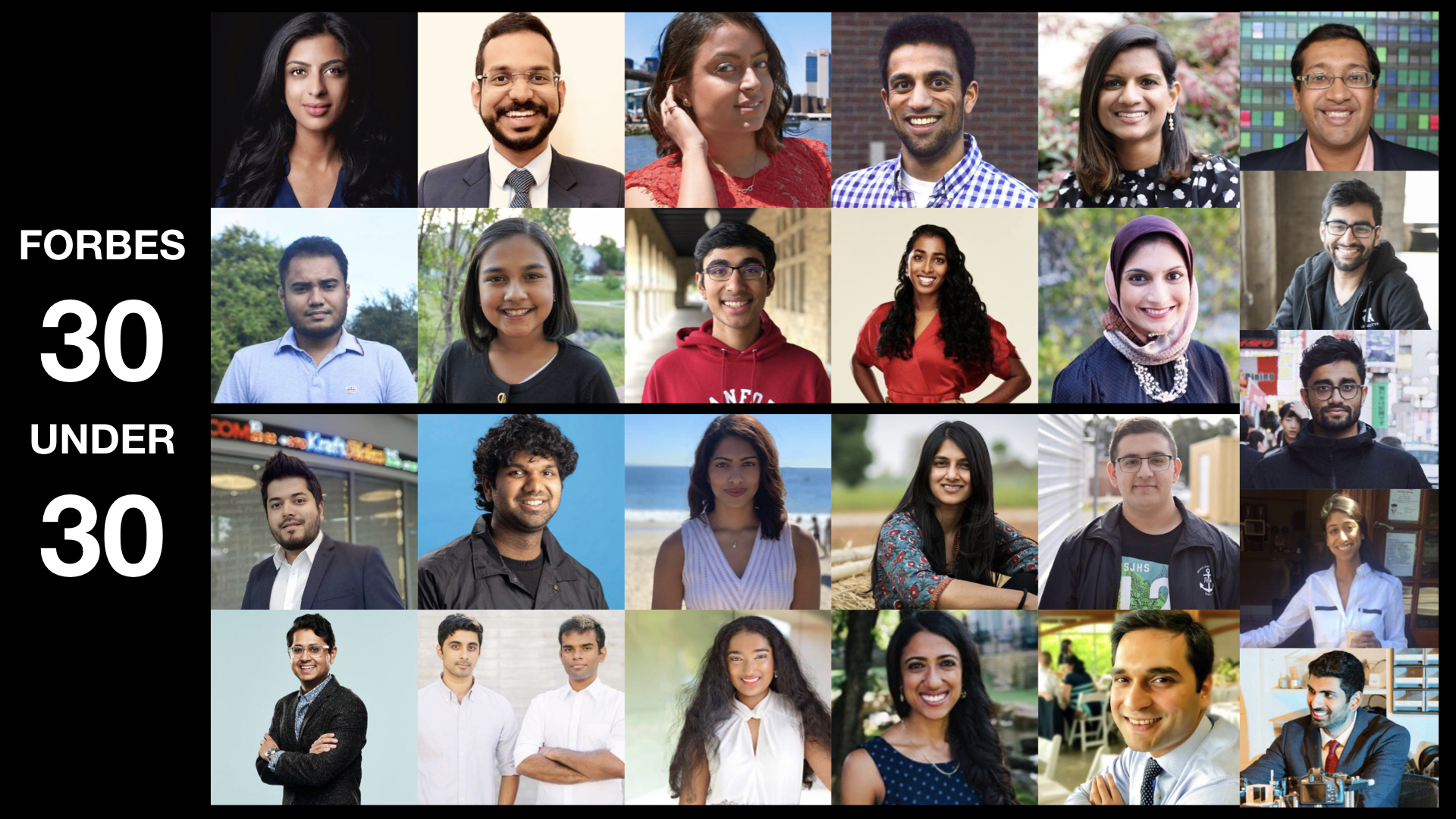 If somebody wants to accomplish something, age cannot be an obstacle, as one can achieve success at any age. Similarly, there are many millennials or young entrepreneurs, doing their best to show the world their potential. The recently released Forbes 30 Under 30 list for the year 2019 comprises of many young entrepreneurs, inventors, and achievers belonging to South Asian descent. 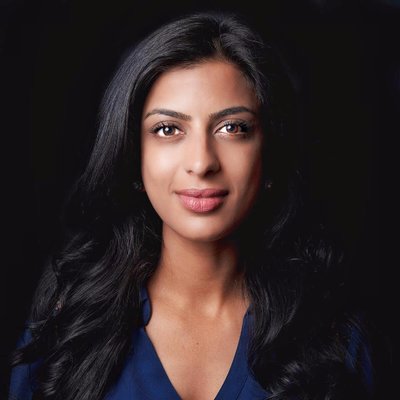 This 28-year-old medical graduate from the University of California, Berkley once had lunch with a homeless veteran, which gave her the idea to start her business Copia. The vet, who’d just returned from Iraq, hadn’t eaten in three days. Ahmad tried to get her school’s dining hall to donate excess food to the local homeless shelters but was told there was too much liability. And so, she founded Copia, which treats hunger as a logistics problem and solves it using a tech platform. Copia’s algorithm will match a business that has leftover food and matches with non-profits that can accept the food that day. Since founding the company in 2016, Ahmad has graduated from Y-Combinator and has recovered over one million pounds of food. 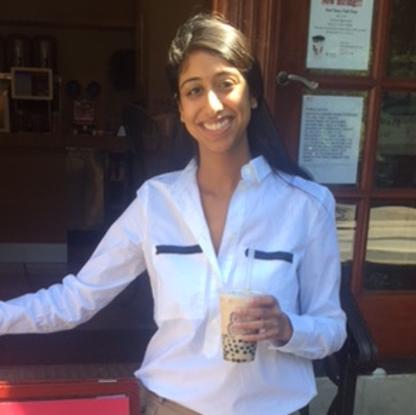 Based in New York, this first generation Indian-American loved bubble tea so much that it inspired her to open her own Taiwanese bubble tea chain Gong Cha Tea in New York in 2014. Currently, she has 9 stores and has a franchise of 18 stores from Massachusetts to Texas. The business revenue topped $4.6 million in 2017 and is expected to grow to $6 million by the end of 2018. 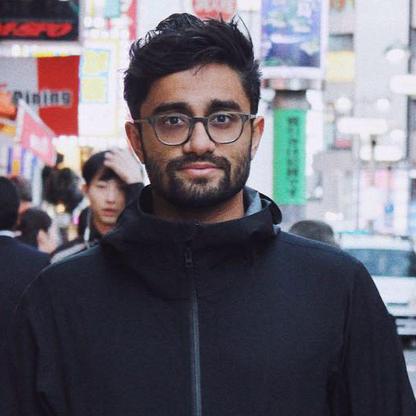 This 27-year-old Indian-American director featured his debut in 2018, a thriller Searching, which won three awards at the 2018 Sundance Film Festival, including the Alfred P. Sloan Feature Film Prize. He has been signed on to co-write and direct Run at Lionsgate next. 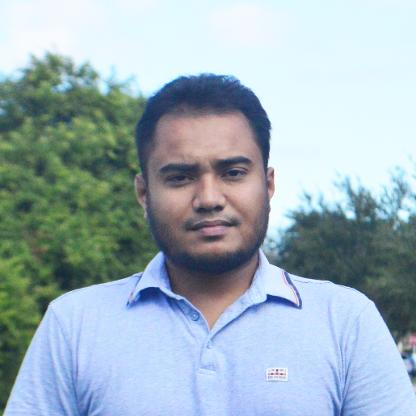 This Bangladeshi descent Postdoctoral Associate and Scripps Researcher’s, research the body’s ion channels, which he calls the “fundamental sensors of life,” has uncovered an underlying mechanism in anesthesia that could lead to making them safer and also characterized an ion channel that could lead to new therapies for autosomal polycystic kidney disease. 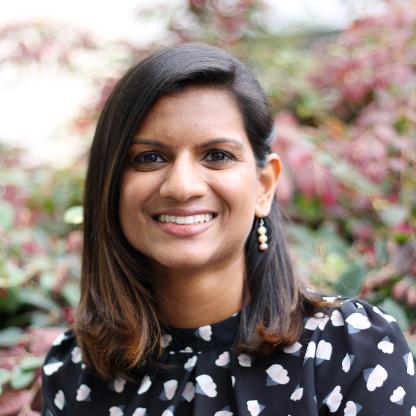 Sri Lankan-American Hasini, 28, is a Postdoctoral Researcher at the Stanford University, who discovered a signaling pathway that controls how cancer cells metastasize through the body and a way to block that pathway. This has led to the development of new therapeutics currently moving through the pipeline aimed at targeting tumor growth and metastasis. 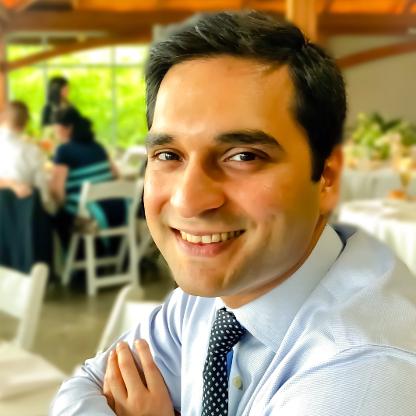 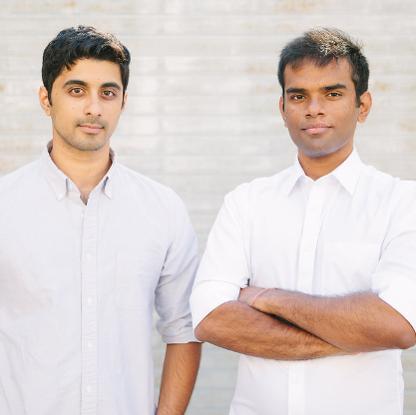 Gandhi and Pandya are both co-founders of Perfect Day, which specializes in making vegan products such as special yeast that produce the same beneficial proteins found in dairy. 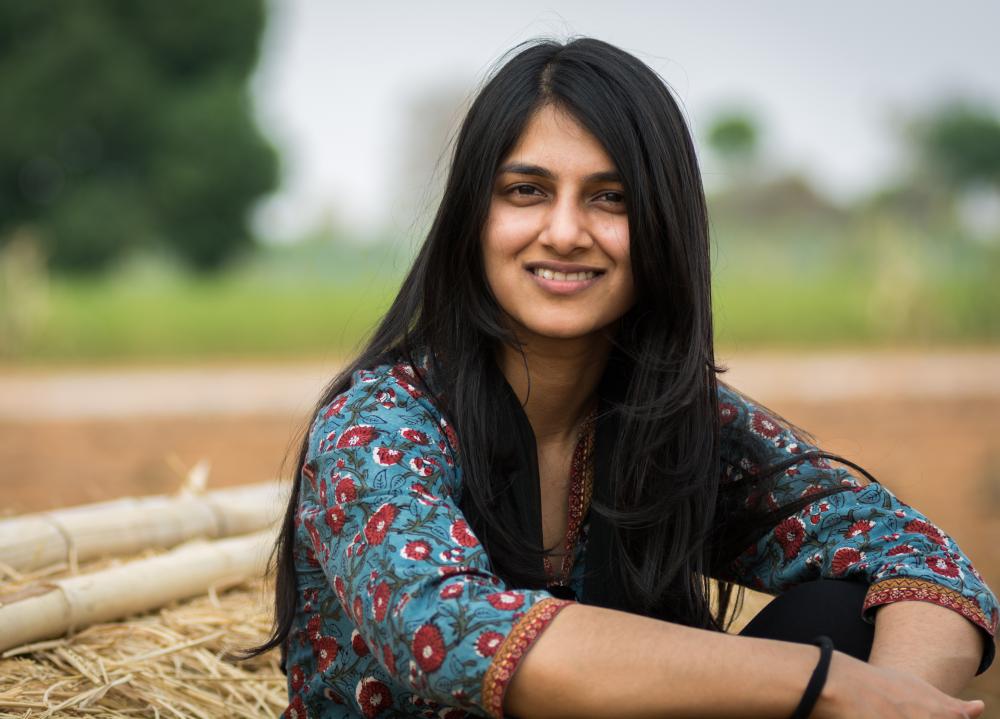 The 28-year-old Delhi girl made her name to the list because of her dedication towards Indian farmers. Her organization, Kheyti helps smallholder farmers make the most of their land through its “Greenhouse-in-a-Box,” which helps grow 7 times more food using 90% less water and usually takes up just 2% of the available space. It also works with partners to offer finance. Kheyti aims to serve 1 million farmers by 2025 and has received fellowships from the Mulago Foundation, Acumen, and Kellogg. 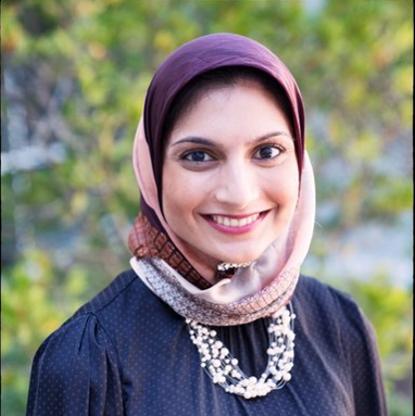 This 27-year-old Indian-Pakistani descent girl found GoLeafe foundation after several visits to India and Pakistan and investigating the novel methods of water filter by using cutting-edge materials. GoLeafe is developing cheaper graphene derivatives for use in supercapacitors, a potentially green alternative to lead-acid and lithium-ion batteries. 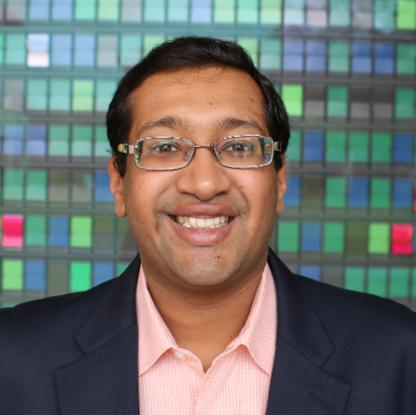 Bhargava is the co-founder of Weave Grid, which aims to use Artificial Intelligence to model and predict shifts in power demand, helping utilities deal with a looming surge in charging by electric vehicles. 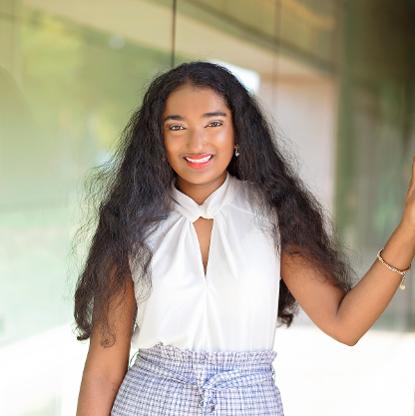 This 17-year-old high school girl from Arkansas, worked with her chemistry professors on her high school research project to turn renewable waste materials like molasses and used tea leaves, tannin, with a pinch of phosphorous and nitrogen, into electrodes for supercapacitors, which could achieve the same performance as a platinum-based electrode, for just $1 each. 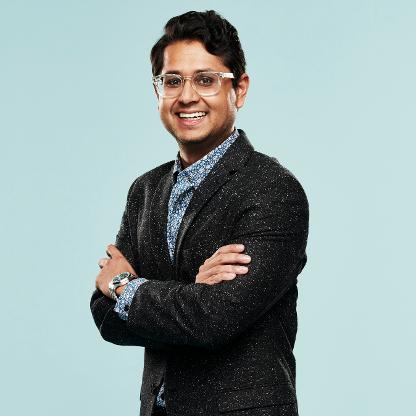 Texas guy Raj B. Mistry is the son of Indian immigrants who wanted their son to become a doctor. But Raj was more drawn toward the oil and gas industry. This interest led him to become the co-founder of Lynx Resource Partners, at 27. He has spent the last two years assembling oil and gas acreage in the Anadarko basin of Oklahoma. Last year Lynx sold 10,000 acres of oilfields for about $30 million. They have since attracted $100 million in private equity capital to build up 15,000 acres. 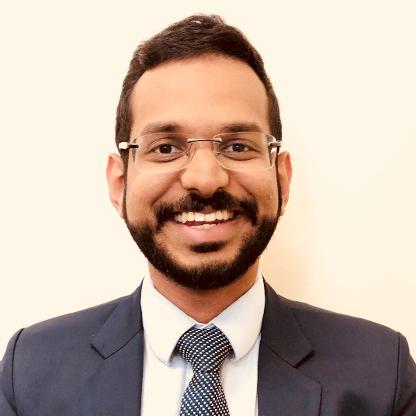 Kishore, 27, is an IITian and an MIT engineering Ph.D. student, who is developing desalination technology to customize the ion content for different uses, which holds promise to save greenhouses on fertilizer, reduce salt production costs, increase lithium recovery from mines, and enable more efficient oil extraction. He holds three patents and was the winner of the 2015 MIT Water Innovation Prize. 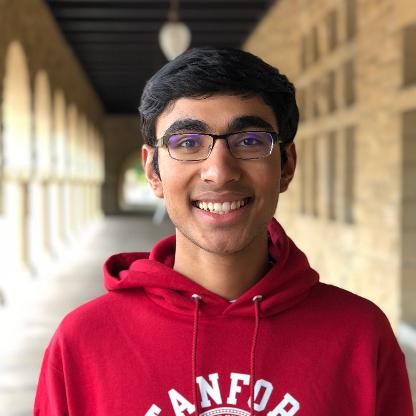 An undergraduate student of Stanford University, Dhruvik had already won the 2018 Intel Young Scientist Award when he was a high school senior, for his work developing a lower-cost, higher-performance membrane for vanadium redox flow batteries, which hold promise for use to store renewable energy. Now a freshman at Stanford, Parikh is working with a team from the University of Idaho to commercialize his technology. 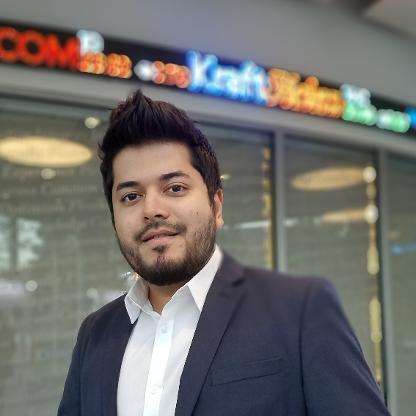 The 28- year-old Bangladeshi immigrant became a mechanical engineer at 19 and by the age of 22 he had developed and commercialized lithium-polymer battery packs and has worked to scale them up from 1kwh to 1mwh. He sold those batteries in 2016 for $2 million to Exergonix. He recently founded Dynamhex, which is developing an intelligence platform for cities and municipalities to plan emission targets by reducing energy consumption. In 2018 Kansas City began integrating this platform into city planning. 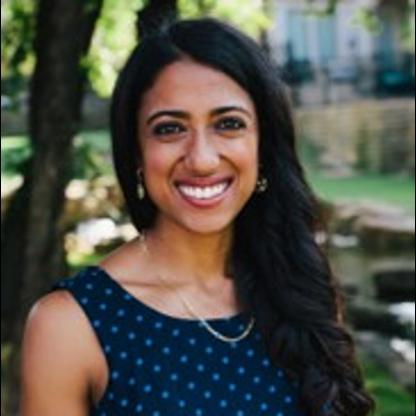 Meghali Chopra is the CEO of Sandbox Semiconductor, which aims to solve a bottleneck in semiconductor manufacturing; the long development cycles necessary to create new chips. The company’s software allows engineers to simulate nanotechnology manufacturing, reducing both the cost and number of iterations needed to scale up new chip designs. 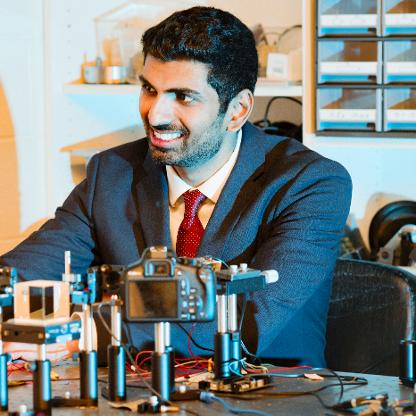 Los Angles-based, Achuta, 29 has researched in making robots that can see as well – or even better – than humans. He’s designed cameras that see through fog or even around corners. He’s been issued five patents for his inventions so far. 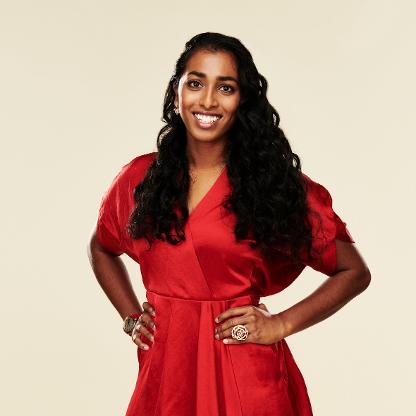 The California-based entrepreneur is the co-founder of CrowdAI, which is an artificial intelligence company to produce quick and accurate cartography by studying satellite imagery; it can outline everything from industrial construction projects to natural disasters. CrowdAI raised $2.6 million from Y Combinator and others and has been used to map wildfire damage in California and Hurricane Harvey’s destruction in southern Texas. 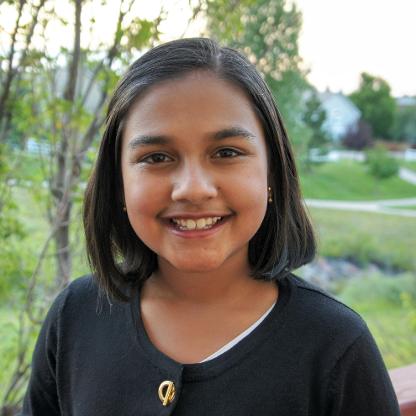 One of the youngest faces in the Forbes list is twelve-year-old Gitanjali Rao, who took the top prize in the 2017 Young Scientist Challenge for her lead-detection device, which is capable of finding lead in drinking water with the aid of a mobile app. She’s currently working to refine and commercialize her device. 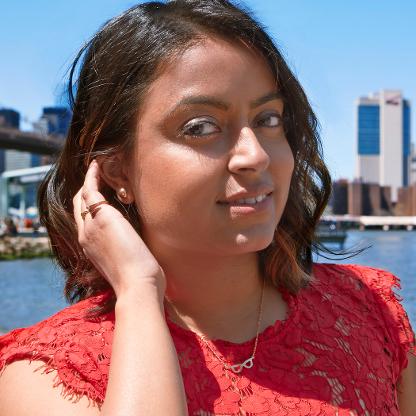 27-year-old, Patel, who leads company-wide initiatives across Vice Media’s digital, cable, production and global agency businesses, is the youngest corporate director in Vice’s history and was the first global strategic hire the company made. This year, she helped create a strategic growth plan for the company’s expansion to Latin America and Asia. 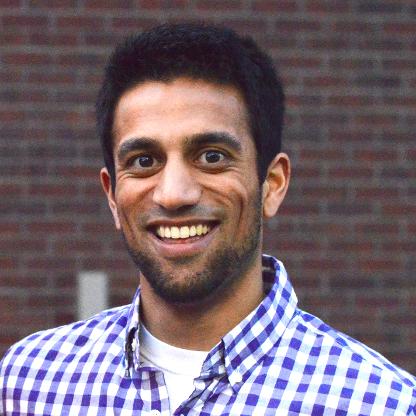 Hemal Shah, 28 is currently the product manager for Instagram Direct, the standalone app that was launched late last year and is still in testing. Before coming to Instagram, Shah was the youngest product manager at Twitter. He worked on developer tools for Crashlytics and helped lead the strategic acquisition of Fastlane. He also serves as an advisor to multiple startups, including Workflow, which sold to Apple last year. 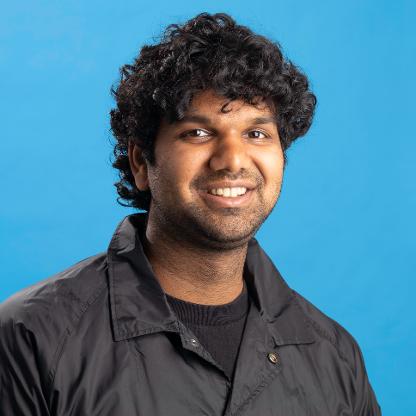 24-year-old Ganeshram is a high school and MIT college dropout just to follow his dreams. For the past four years, Shri Ganeshram has overseen the growth and analytics at the Postmates of weed. He joined MIT but later dropped out of college to build FlightCar, a car rental platform that was bought by Mercedes-Benz in 2016. As the second hire at Eaze, Ganeshram is the longest serving employee where he oversees delivery algorithms, operations, investor pitches, partnerships, and customer acquisition. 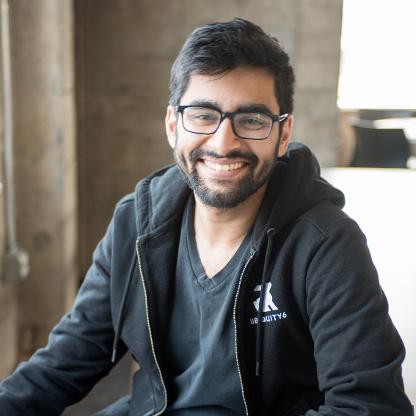 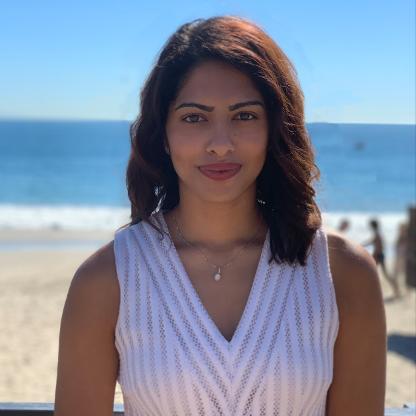 Rao is a senior manager and content acquisition at Twich. She is expanding Twitch’s content into other interest areas for gamers, like anime, cosplay, and vlogging, partnering with brands like SNL, CollegeHumor, and the NFL. Prior to Twitch, Rao helped build one of India’s largest YouTube-native health networks, writing and hosting a women’s health series that garnered over 30 million views. 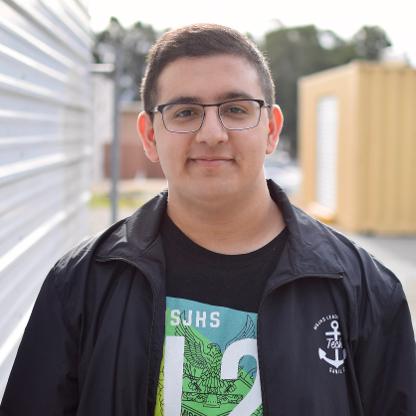 18-year-old Chawla is the youngest in the education category of under 30. Being frustrated that his own business couldn’t incorporate in a legal manner he wasted no time and kept on running his business Hack+ without any profit. Later he received legal and financial help and launched 50 student organizations in just a year. Hack+ now receives funding from companies like Google, Facebook, and Amazon.

It’s brilliant to always see so many South Asians in the Forbes list!