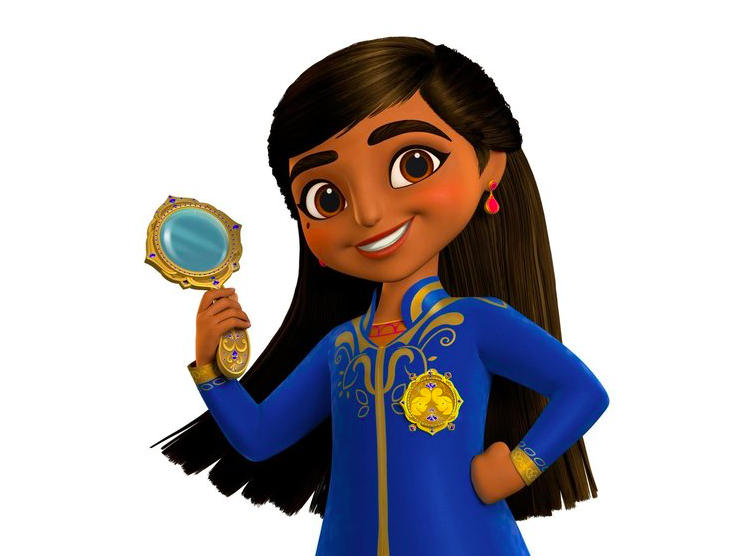 South Asian representation in the Western world has been gradually increasing over the past few years and Disney is hopping on the diversity train. The media conglomerate has announced the launch of a new animated series on their children’s channel, Disney Jr. titled “Mira, Royal Detective” which is set in a fictional kingdom in India and touts an all South-Asian cast.

#MiraRoyalDetective is a new series coming to #DisneyJunior in 2020! It's the story of a young girl who's smart, resourceful & has a knack for solving mysteries! 🔍 Some of the cast include #LeelaLadnier, @BecauseImFreida, @HannahSimone, @jameelajamil & @kalpenn to name a few. pic.twitter.com/ytGv4hmDmA

This project is Disney’s first children’s show involving all South Asian representation outside of their projects for India’s Disney channel for children.

“We are eager to introduce kids and their families to the rich, diverse cultures and customs of India through Mira, a young girl who looks at things with her own unique lens to gain different perspectives and help others in her community,” said Joe D’Ambrosia, Disney Junior’s vice president in a statement. “We hope that she will encourage our audience to actively engage with the inspiring world around them and appreciate the little details that make life extraordinary.”

The show stars 15-year-old newcomer, Leela Ladnier as the voice of Mira, a brave and clever commoner who becomes appointed as the royal detective after she solves the mystery of young Prince Neel in the magical land of Jalpur, India. Prince Neel, voiced by Kamran Lucas, will proceed to team up with Mira on her travels through the kingdom to help royals and the citizens of the kingdom solve mysteries.

The duo is also joined by Mira’s super creative cousin Priya who will be voiced by another newcomer, Roshni Edwards. Of course, there are the comical sidekicks, two mongoose’s named Mikku and Chikku. Mikku and Chikku will be voiced by Kal Penn and Utkarsh Ambudkar respectively. Jameela Jamil will be playing Mira’s Auntie Pushpa. The British Asian actress and activist is thrilled to be a part of the ground-breaking project which not only touts representation, but a female lead as well.

Newcomer Edwards, who plays Mira’s cousin Priya, has also taken to Twitter to express her excitement about being a part of such a huge project. This will be the first big label project for the young star.

I am so honored and excited to be working with Disney on this all Indian project! Playing the role of Priya means so much to me and finally seeing representation of Indian culture in the media is definitely a breath of fresh air. #MiraRoyalDetective #DisneyJunior https://t.co/W3ShuobBW9

The cast also includes Freid Pinto, Hannah Simone, Aparna Nacherla, Karan Brar, Karan Soni, Sarayu Blue, Parvesh Cheena and Sonal Shah. The 22-minute episodes of the show promise to feature the beauties of Indian culture and customs from authentic music to dance elements. The show is already in production and will be slated to release in 2020.