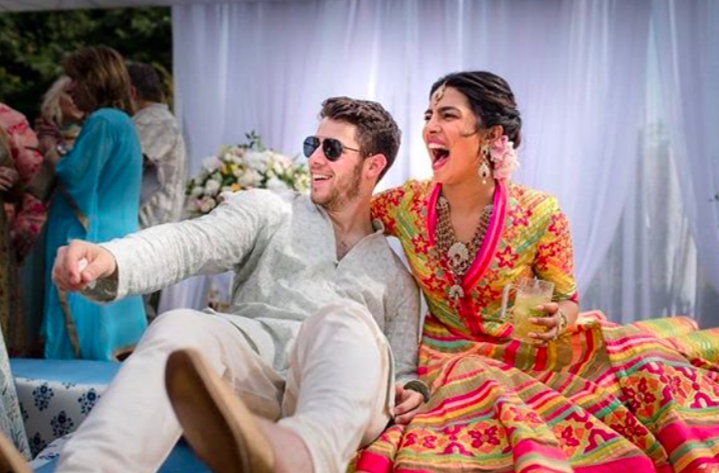 Our favorite Desi girl just got hitched! It seems like only yesterday Priyanka Chopra announced her engagement and wedding to her beau Nick Jonas in an emotional Instagram post. Now, the wedding festivities have kick-started at the Umaid Bhawan Palace in Jodhpur, India. The celebrations began at the palace on December 1st with Chopra’s colorful mehendi followed by a phenomenal sangeet that can rival any award show.

Chopra has never shied away from sharing the details of her personal life. Some years back, talking about her love life, she had stated “I’m not someone who looks for love. I don’t believe in making it happen. My life has been shaped by so many serendipitous moments so far, I feel like, why screw with a good thing?”

Well, her seemingly innocent friendship with Jonas really turned out to be such a good thing. Chopra revealed she and Jonas instantly connected, fell deeply in love and eventually decided to tie the knot. And it all happened in a span of a year and a half.

The first time these two met was at an Oscar’s party. Jonas, instead of saying hello, apparently got down on one knee and said, “You’re real. Where have you been all my life?” And as they say, the rest is history.

After a year of dating, Jonas popped the question during a vacation at Crete, Greece to celebrate Chopra’s 36th birthday. Jonas waited until midnight (so that the engagement doesn’t clash with her birthday) and got down on one knee with the Tiffany ring. Rumor has it, the singer shut down the entire Tiffany’s store to buy the ring. According to Vogue Magazine, he asked, “Will you make me the happiest man in the world and marry me?”

Well, Priyanka was so shocked that she took about 45 minutes to answer. Of course, Jonas was nervous waiting for an answer and just said, “I’m going to put this ring on your finger now unless you have any objections.”

*picks tissue to wipe away tears*

The wedding festivities look great and the sneak peek at the wedding pictures look absolutely joyous! Seems like the world was waiting for snaps of this big fat Indian wedding that melds the best of two cultures to celebrate love.