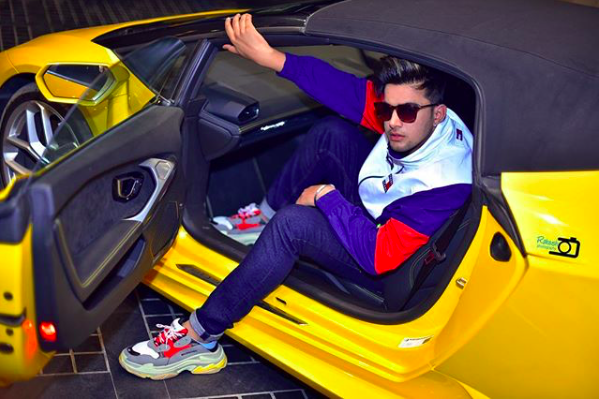 Sweet Surprise As ‘Falu’s Bazaar’ Gets Nominated For A Grammy

From the upcoming web series ‘Gangland in Motherland’ set to release on December 19th, we have the latest song, ‘Toronto’ by Jass Manak ft. Priya, this Tune Tuesdays.

24-year-old Punjabi singer, Jaspreet Singh Manak a.k.a Jass Manak became a star after the release of his song ‘Prada’ (2018). ‘Prada’ crossed 3.5 million views within just 20 hours of its release on YouTube.

Since then this talented recording artist has given us some hit songs like ‘Boss’, ‘Suit Punjabi’, ‘Without You’, and so on. A college graduate from Jalandhar, he aspires to become like Gurdas Maan and seems like, his dream is coming true!

The lyrics for ‘Toronto’ have been penned by Jass himself while Deep Jandu has provided the music. Priya gives a rocking performance in this song while Deep’s production adds more charm to it but it is Jass who steals the show completely.

Geet MP3, the music label behind this song and has done a commendable job with the video, making it entertaining to watch. With Punjabi music and pop beats in between, this is a good song to get your party on.

We are certainly excited about the new web series and if ‘Toronto’ is anything to go by, then ‘Gangland in Motherland’ is going to turn out to be our new favorite.

On #HumanRightsDay – A Reality Check Of South Asian Nations

Sweet Surprise As ‘Falu’s Bazaar’ Gets Nominated For A Grammy