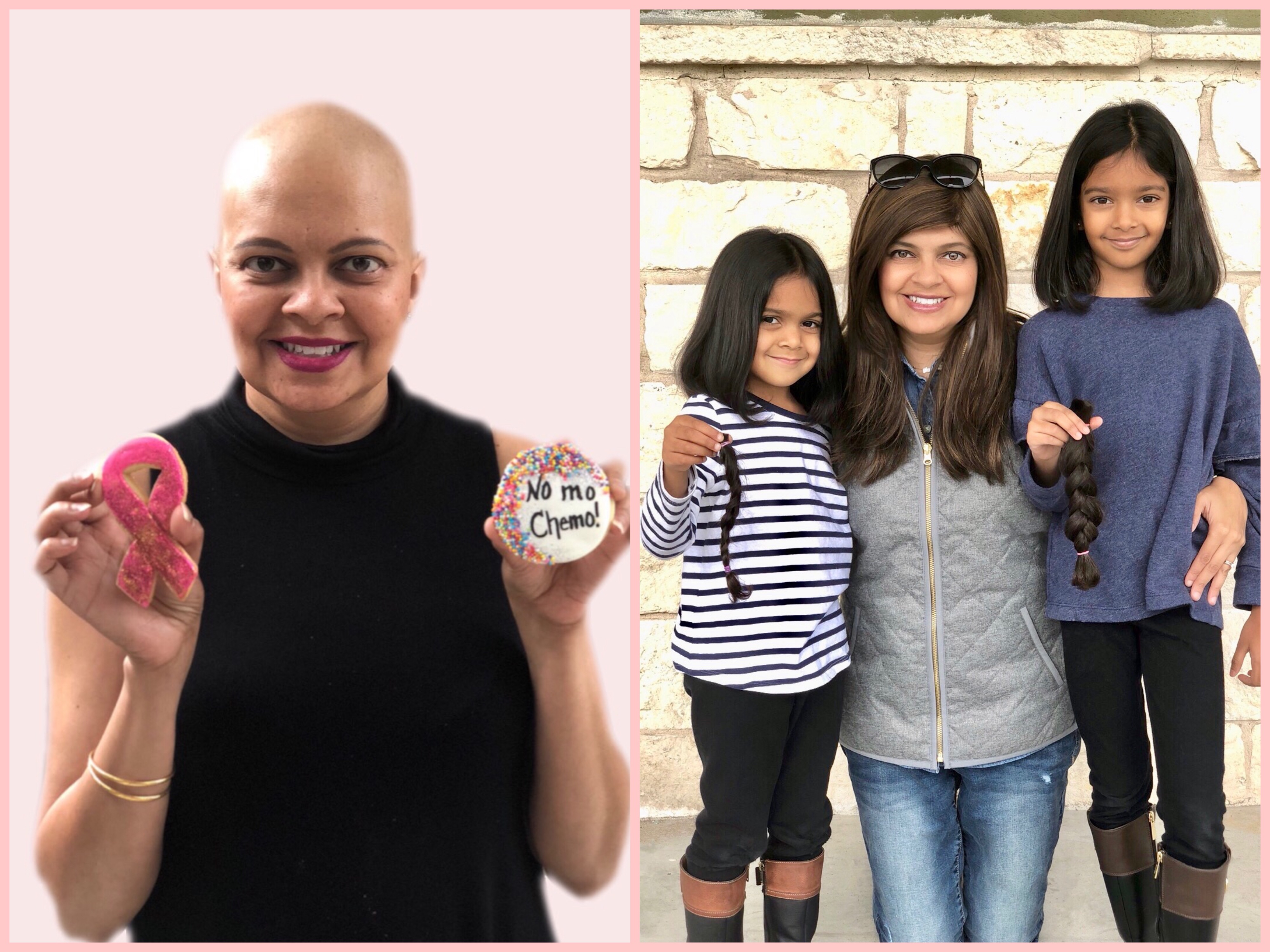 Shruthi Pandya Babu’s world was turned upside down late 2017 when she found a lump in her breast. After the biopsy, her cancer was confirmed. Tears welled up in her eyes as she tried to wrap her mind around the idea of having Stage II breast cancer. She thought it was a death sentence. With no family history of cancer, the Indian mother of two, living in Austin, Texas, Babu, did not see this coming. She was lucky to have caught the disease early on and take steps in the right direction.

What made Babu’s story unique is that she was brave enough to chronicle this new journey in her life towards recovery through Instagram. Sharing her struggle with her Insta-family, Babu revealed what breast cancer really looks like, how she felt through the process and brought awareness to the disease that is normally not discussed in the South Asian community.

Babu still recalls the day she found the lump and had almost brushed it aside like many women often do, but the nagging feeling of something being not right, pushed her to get herself checked. Since she was diagnosed and treated in time, today Babu is a survivor. In this difficult process, her most significant support was her husband, who handled the news with great patience and stood with her every step of the way.

She wanted to be the one who told their two daughters about her cancer rather than them hearing it from someone else. She took her daughters on a day out and explained it to them in the most positive manner she could. She explained changes they may see to prep her daughters, like Babu may lose her hair. Though the girls had many questions, surprisingly, they took the news well.

She did not want to pass on her fears to her children. Talking to her children and being honest about cancer helped remove the stigma and apprehension around the illness. This led to her decision to share her story on Instagram at this time, to be vocal about her treatment and disorder to reduce the stigma. As she went through therapy, Babu continued to speak about her breast cancer, the death of her father, and raising her children. She found sharing her story through Instagram therapeutic.

Soon people started gravitating towards her story, including cancer patients and survivors. Coming from a conservative Indian background, she was hesitant to share her story at first. She consulted her immediate family who was supportive of her decision. However, she also got a lot of backlash from families and friends who criticized the decision.

Babu quickly discovered through the criticisms that there is still a lot of taboo around cancer. A relative told her that she should not have shared her cancer story, as no one would marry her daughters! Some made snide remarks about not breastfeeding enough. While she did not let the criticisms bother her, she realized how ignorant people really are about the disease. So she took it upon herself to help people, educate them about the illness through her story and share her positivity with them.

It was only later that she found that she had the genetic predisposition to cancer from her father’s side. This is one of the many reasons that propelled Babu to spread breast cancer awareness. Most women, especially Indian women, hesitate to discuss this issue, which often leads to delayed diagnosis and treatment. For every eight women in the U.S., one will be diagnosed with breast cancer during her lifetime. Without proper diagnosis and treatment, it can be fatal for the patient.

Babu helps others who have been diagnosed with cancer navigate the disorder as the shocking news often sweeps away any normalcy from their life. Some have even reached out for loved ones struggling with cancer to see if she can speak with them and Babu has gladly obliged. She hopes to help as many people as she can with her story.

While the fear of remission is always on her mind, she chooses to take a positive outlook. Today, Babu likes to spend every moment doing what she loves and spending time with her loved ones. Babu believes in treating people with kindness and appreciating them. Her message to the world is that life is short, so we should live life to the fullest!