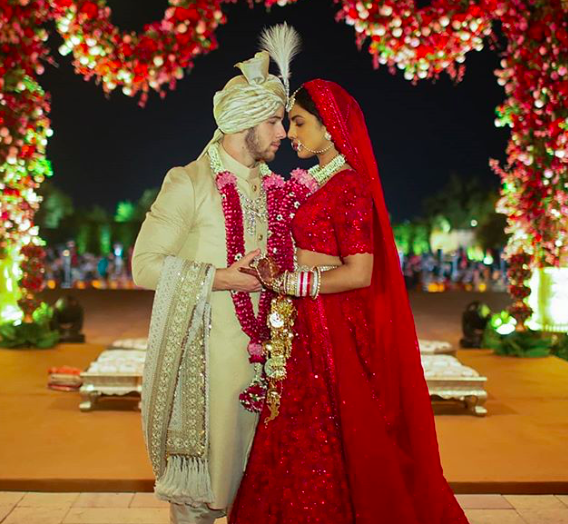 This year, we have witnessed some of the grandest wedding ceremonies of the rich and the famous all over the world. There were Deepika Padukone and Ranveer Singh, Prince Harry and Meghan Markle, Nick Jonas and Priyanka Chopra, and many other power couples. And well, a lot of us have searched about these weddings to know more about all the shenanigans. Google recently released the most searched events in this year and surprisingly, Nick & Priyanka’s wedding is on the second spot in just two weeks.

Well, it is not surprising because Priyanka Chopra and Nick Jonas had a fairytale wedding on December 1st and 2nd, tying the knot following both Hindu and Christian traditions. So, it was kind of a big deal as they got married in the gorgeous Umaid Bhawan Palace in Jodhpur, Rajasthan, India.

So #Nickyanka is the second most searched affair on Google after Prince Harry and Meghan Markle. Although Nick and PeeCee could not go on a full blown honeymoon immediately because of their work commitments, they went for a short vacation to Oman after their wedding, and well, we couldn’t stop our ‘aww’s after looking at their adorable photographs.

According to a report in Mid-day their official honeymoon destination has been revealed as Switzerland, starting December 28th, and they have decided to enjoy the beautiful New Year celebration at Lake Geneva.

To add to their cuteness, Nick recently informed his fans during his ‘The Rewind With Guy Raz’ interview that he has already started future planning with PeeCee and is quite excited to be a father someday. According to him, he started his career at a young age so he has learned a lot by now and would like to impart this wisdom to his kids as well.

Is that adorable or what?

Well, we are all excited for Nick and PeeCee’s new life and the best for this lovely couple.