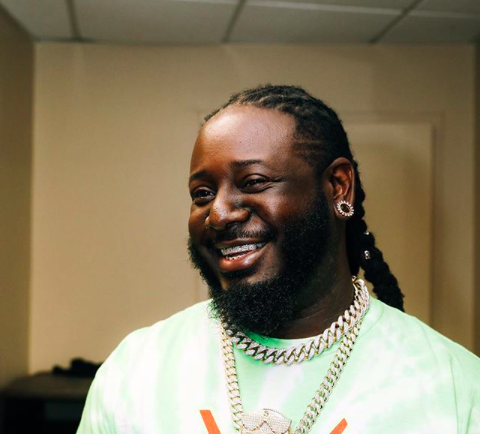 American rapper T-Pain got caught in a plagiarism dispute over his latest song, ‘That’s Yo Money’, with Bollywood music label T-Series, as the music of his song sounds uncannily similar to the hit Hindi song ‘Tum Hi Ho’ from ‘Aashiqui 2’ (2013).

The romantic song, from the Shraddha Kapoor and Aditya Roy Kapur-starrer, was one of the biggest hits of that year with Arijit Singh winning several awards for the song.

As reported by Mumbai Mirror, ‘That’s Yo Money’, which released on December 13, has been officially pulled off T-Pain’s YouTube channel after T-Series, which owns the rights to ‘Tum Hi Ho’, complained of copyright infringement.

Listen in here to know what we are talking about!

But the controversy actually snowballed into a Twitter strife between T-Pain and Indian Twitter users when the rapper said that he was being trolled by “brown twitter” over his song.

With active social media, the blatant plagiarism was immediately spotted and composer of ‘Tum Hi Ho’, Mithoon tweeted to T-Pain about it.

Seems like the wheels are turning and the whole cycle of copying western music in Desi songs is up for an upheaval!