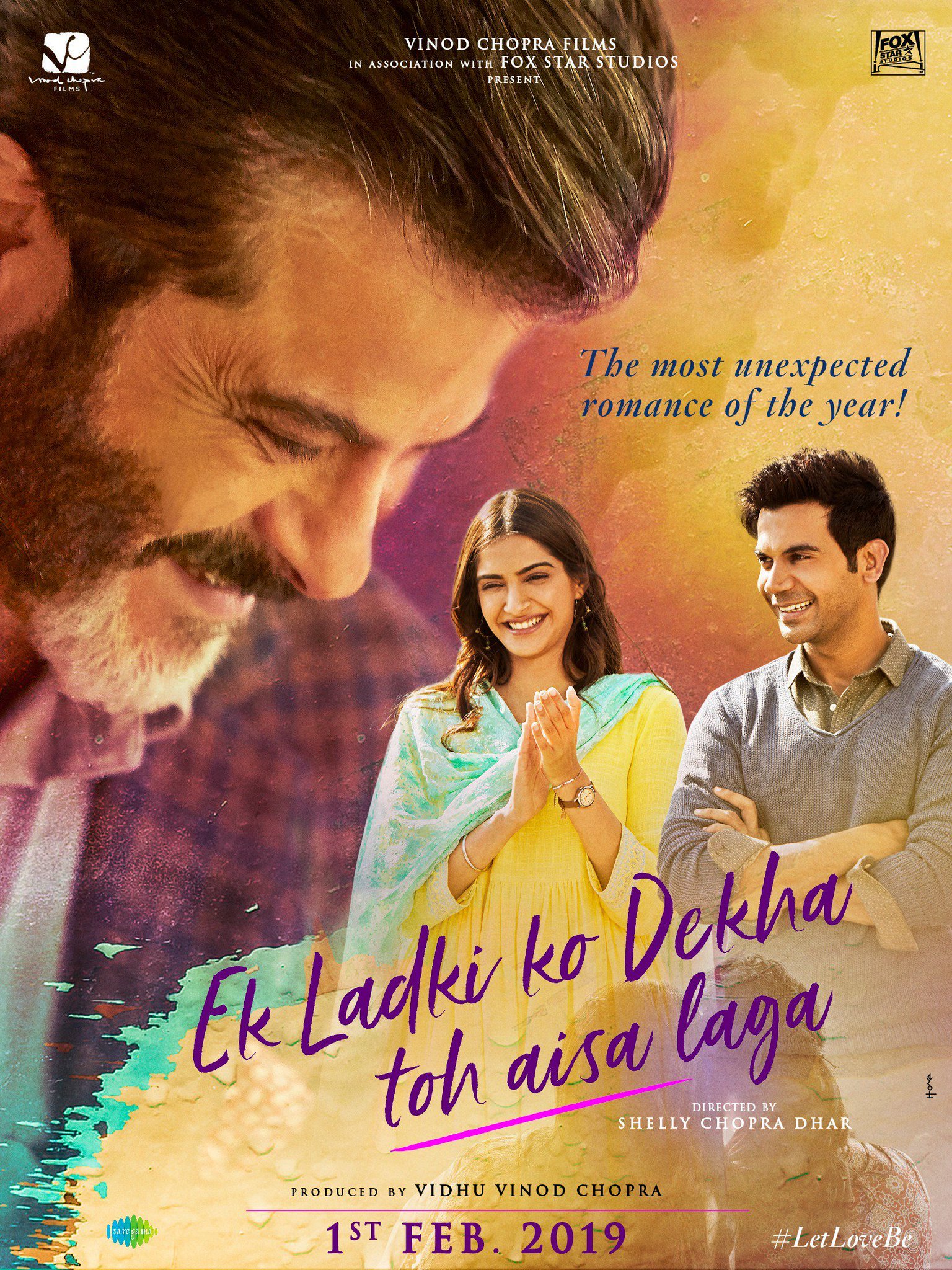 The new theatrical trailer for the most unexpected romance of the new year, ‘Ek Ladki Ko Dekha Toh Aisa Laga’, has now premiered. Starring Sonam Kapoor and Anil Kapoor on screen as daughter and father for the first time, ELKD also stars Rajkummar Rao and Juhi Chawla and is directed by Shelly Chopra Dhar.

The film opens in North American theaters on February 1.

Some love stories are not simple, Sweety’s is one such story. She has to contend with her over-enthusiastic family that wants to get her married, a young writer who is completely smitten by her, a secret that she harbours close to her heart and ultimately the truth that her true love might not find acceptance in her family and society.

Resolving these issues proves hilarious, touching & life changing. Welcome to the most unexpected romance of the year!