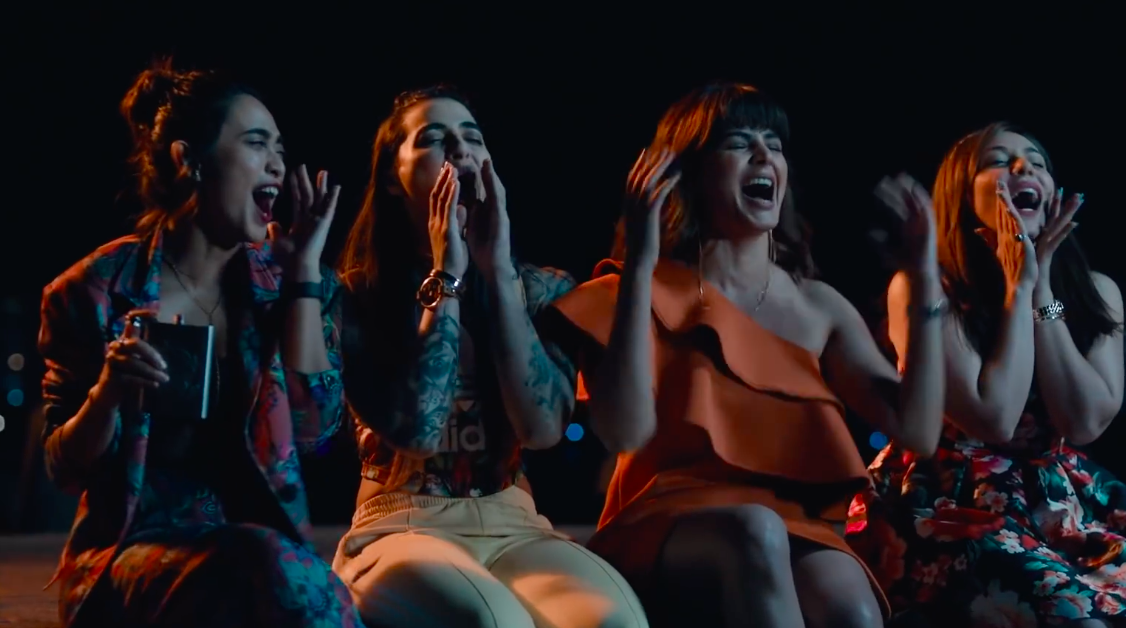 Follow the story of four modern women at Amazon Prime Video’s upcoming web series “4 More Shots Please!” starting January 25th. This latest comedy-drama series is centered on the lives of urban, modern women and their amazing friendship and is a great eye-opener for Indian families.

Directed by Anu Menon, produced by Pritish Nandy, and created by Rangita Pritish Nandy, this is a coming of age series. This web series breaks the taboo around speaking about one’s sexuality and encourages women to be more open and confident about their needs and wants.

The trailer itself has been quite entertaining and shows how the series is sure a break from the mainstream Bollywood drama which audiences are often fed by creators. The official trailer of the show introduces four strong characters: Anjana (Kirti Kulhari), Damini (Sayani Gupta), Siddhi (Maanvi Gagroo), and Umang (Bani J) who aren’t scared to voice their needs and help each other with their struggles and setbacks.

All these characters are definitely relatable to the women of today. So, it is refreshing to see someone attempt to bring the tabooed topic into light and inspiring everyone to be true to their feelings and sexuality. Yes, we have had such shows in Hollywood before but this is the first time for Bollywood to introduce something unconventional like this.

Seems like 2019 is going to be filled with such out-of-the-box productions. The upcoming movie “Ek Ladki Ko Dekha Toh Aisa Laga” also hints at a lesbian story and it is extremely great to see superstars like Sonam Kapoor, Anil Kapoor, Raj Kumar Rao, and Juhi Chawla acting in it and supporting the idea.

Have you checked out the trailer of “4 More Shots Please!” yet?