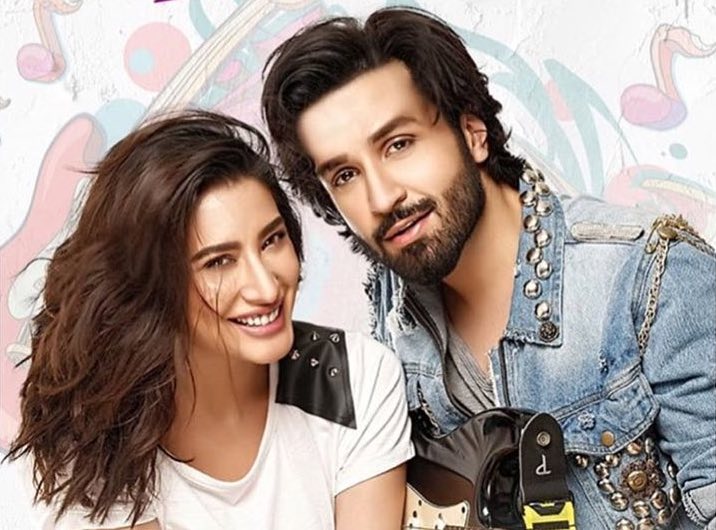 When it comes to the arts, India and Pakistan will always remain bosom buddies, no matter what. The Indian film industry may ban Pakistani actors, and the Pakistani TV channels may have blocked Indian soaps, but everything flourishes on online platforms. Eros Now, a Mumbai-based entertainment platform, has stepped into the international arena this week with its first original web-series from Pakistan – ““.

The series shows Mehwish Hayat as the lead protagonist Enaaya, a college student with father-estrangement issues and a passion for music. She finds herself being roped into the college band, led by Jimmy (Azfar Rehman) and his two friends/bandmates – played by Asad Siddiqui and Waqas Godhra. Jimmy’s girlfriend, the typically possessive Faryal (Faryal Mehmood) takes an instant dislike for Hayat, and there is friction on stage. But that’s just the first episode, and this apparent love triangle is not just what “Enaaya” is all about. It’s about human relationships, and every character has an arch, a back story, which promises to keep the viewers intrigued.

The first episode of “” is available for free on YouTube, with the rest behind a paywall on the subscription-based Eros Now.

Check out the trailer of the show right here: