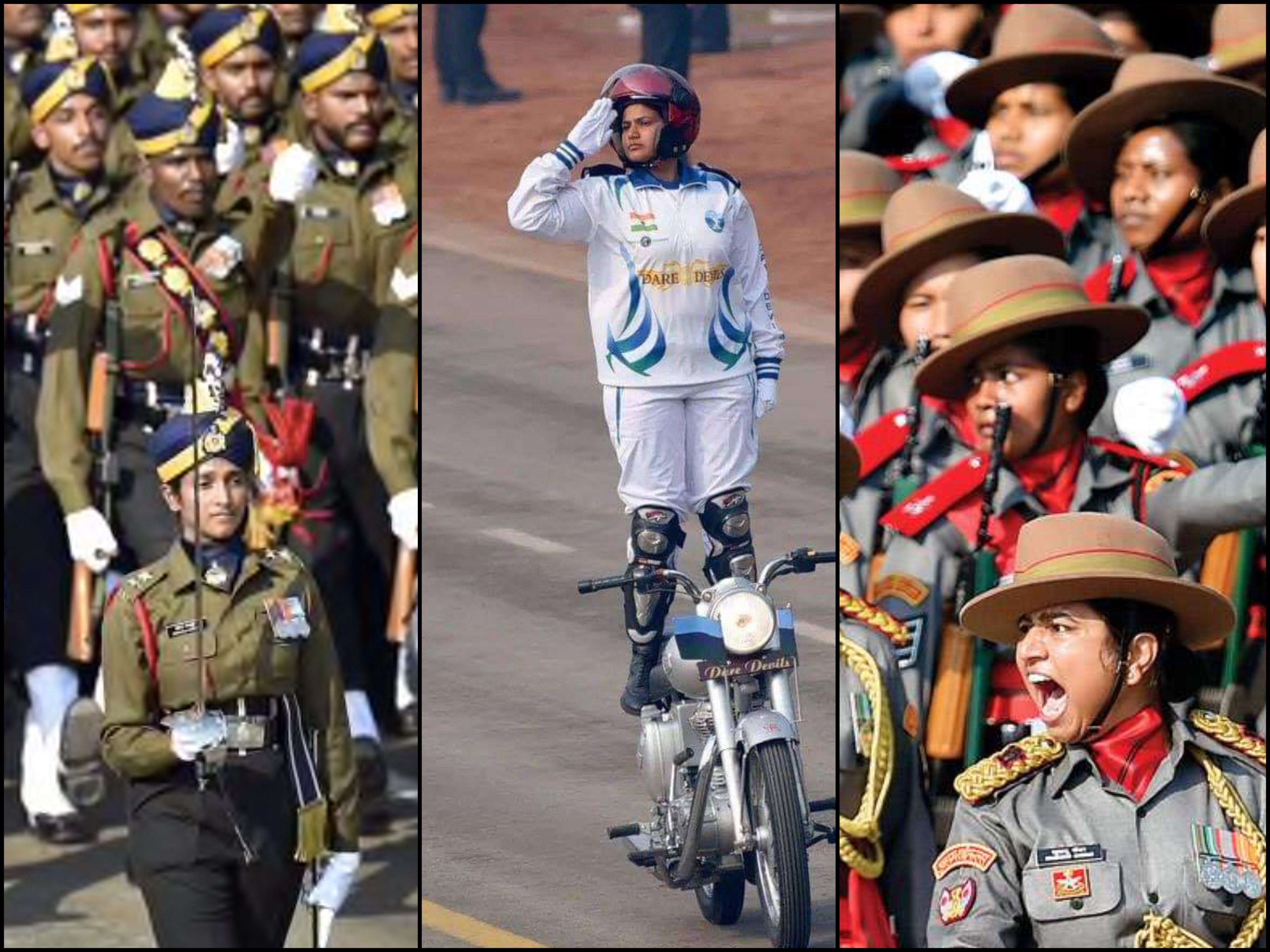 The 70th Republic Day parade saw a defining change for women empowerment in India. Gender barriers and stereotypes were shattered when the parade saw Lieutenant Bhavana Kasturi become the first woman in the history of the Indian Army, to lead an all-male contingent of Indian Army Service Corps consisting of 144 men! The Army Service Corps, which handles the logistic support function of the Army, made an appearance in the parade after 23 years.

Lt. Kasturi, is a first-generation officer and worked hard prior to being inducted in the Army in 2016. In a message to young girls, she saidchase your dreams and never give up and you’ll reach great heights.”

A gradual change was visible to showcase and symbolize women empowerment in the parade. The main attraction was the first-time participation of the women contingent of the oldest paramilitary force, Assam Rifles. This contingent saw its first batch of 124 women personnel in April 2016.

Major Khusboo Kanwar led an all-woman Assam Rifles contingent of 144 women. Major Khushboo told Times of India, “It’s a proud moment for me to lead an all-women contingent of Assam Rifles for the first time on Republic-Day. In India, there is a stereotype that Army jobs are meant only for men. With our participation at the parade, we are trying to break that perception in the society.”

Daughter of a bus-conductor, Major Kanwar a lot of struggles to fulfill her dreams. She completed most of her education through scholarships and credits sheer hard work and dedication for her success.

Another highlighting feat was achieved by a woman officer who was part of the Army’s daredevils motorcycle team. Captain Shikha Surabhi performed a stunt by standing on the moving motorcycle and saluted the Republic Day parade chief guest, South African President Cyril Ramaphosa, and PM Narendra Modi. Cpt. Surabhi had trained for three months to lead the 32 men riding 9 bikes in a pyramid formation.

This year’s parade saw a spike in the participation of women and had a great display of Nari Shakti. Captain Bhavna Syal, a third-generation officer in the armed forces, led a transported satellite terminal’s contingent which is used for communication among tri-services in desert or semi-desert areas. Lieutenant Ambika Sudhakaran Sudhakaran also led a marching naval contingent of 144 sailors. The CISF joined the parade after a gap of 11 years and showcased the role of women in the force by a tableau. Incidentally, CISF has the highest percentage of women (6%) among all paramilitary forces.

The women empowerment showcased throughout the parade was a welcome change of pace. The inclusivity in the armed forces is a huge step forward in the generally conservative army. The Army Chief, General Bipin Rawat was recently asked to comment on an article about a former army chief’s suggestion that army rules can be enforced with respect to rules on gay sex and adultery, in spite of the Supreme Court orders. In his annual press conference, the Army Chief had said, “… in the army LGBT issues are not unacceptable. We will still be dealing with them under various sections of the Army Act.” He further added, “We are neither modernised, nor westernised.”

Women have had less representation in the armed and paramilitary forces in India. In early 2019, Indian Minister of State for Defence Subhash Bhamre in response to a question in the Rajya Sabha had said that the Army has women as 3.80% of its workforce, the Air Force 13.09%, and the Navy 6%.

Recently the Indian Defence Minister Nirmala Sitharaman announced that women induction in the military police will be done in a graded manner, and will eventually comprise 20% of its total strength.

Here’s hoping that these brave women find the necessary support within the armed forces and continue to  inspire countless young girls everywhere to follow in their footsteps and serve their country.