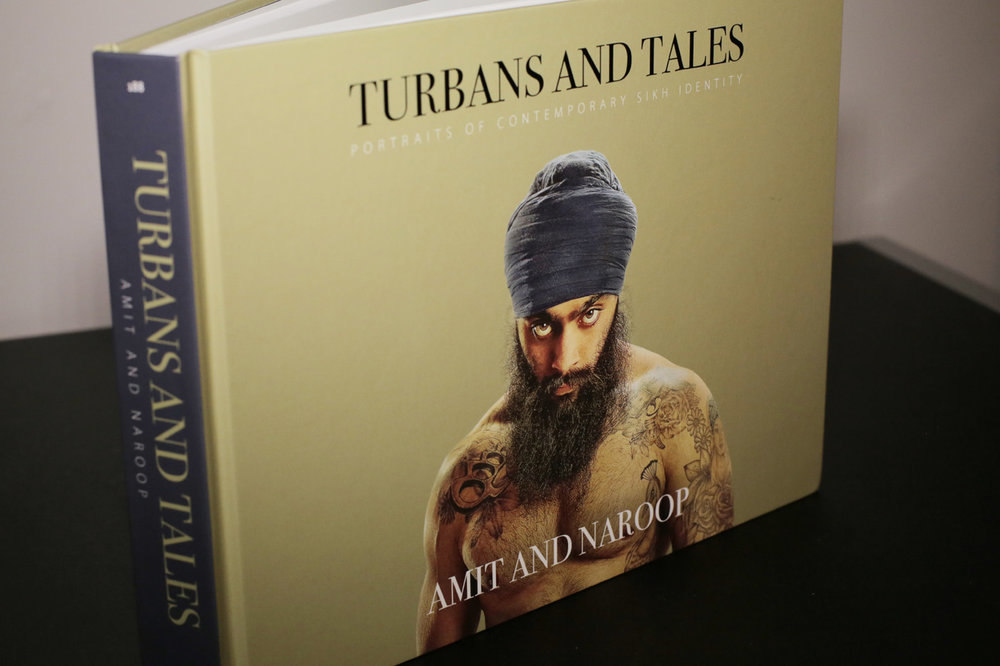 When Amit Amin and Naroop Jhooti were growing up in West London, far away from their roots in India, they could have never fathomed that one day they would create such a tribute to their heritage. The British Asian photographers just released a phenomenal photography book titled “Turbans and Tales,” featuring South Asians.

Amin and Jhooti collaborated 12 years ago while working on a photo shoot and a partnership was born. While honing their craft and taking on bigger projects, this duo made quite a name for themselves. They used their art and influence to raise awareness about issues close to their hearts.

‘Turbans and Tales” is one such dream project which pays homage to their heritage. The book was released on January 24th, after four years of research, production, shooting, and editing

This book of photographs chronicles British and American Sikh men, women and even children who are boxers, army captains, doctors, bikers, fashion stylists, musicians, temple volunteers, and even magicians. It also archival photographs that chart the history of the turban, and its evolution.

According to Asian-Voice.com, the idea for this project was born about four years back when there was a sudden spike in the popularity of the beard as a fashion statement in 2013.

“’Turbans and Tales’ documents the stories of the people,” Jhooti told Asian-Voice.com. “It highlights the experiences of some of the older who migrated to the UK in and and records their stories.”

Jhooti further explains in the interview that during the course of the project, it transformed slightly from simply being a representation of identities to in a way wanting to create awareness about the Sikh community.

Although neither of them sport turbans themselves, the influence of faith and tradition around it made them inquisitive, which led to the origin of the project. For initial funding, they used Kickstarter and this project was exhibited multiple times in the UK and was critically acclaimed and awarded.

Seeing the success in the UK, they partnered with The Sikh Coalition to create an American version after about a year of planning. They looked for individuals who had inspiring stories and their own approach to wearing their articles of faith. The exhibition was displayed in Soho, Manhattan in September 2016 and was a roaring success.

In their interview to Asian-Voice.com, they also said that their inspiration behind the project is to raise awareness about the Sikhs in the UK and the US; as post 9/11, there have been instances of hate-crimes in both countries against the community.

“There is still a lot of racism and calling Sikhs terrorists and we got in touch with The Sikh Coalition which is a non-profit organization that helps in providing legal advice to these people which would make this project more powerful!” Jhooti said.

Here is hoping that this book helps create awareness about the diversity of the Sikh culture and heritage as the Amin and Jhooti aim to.