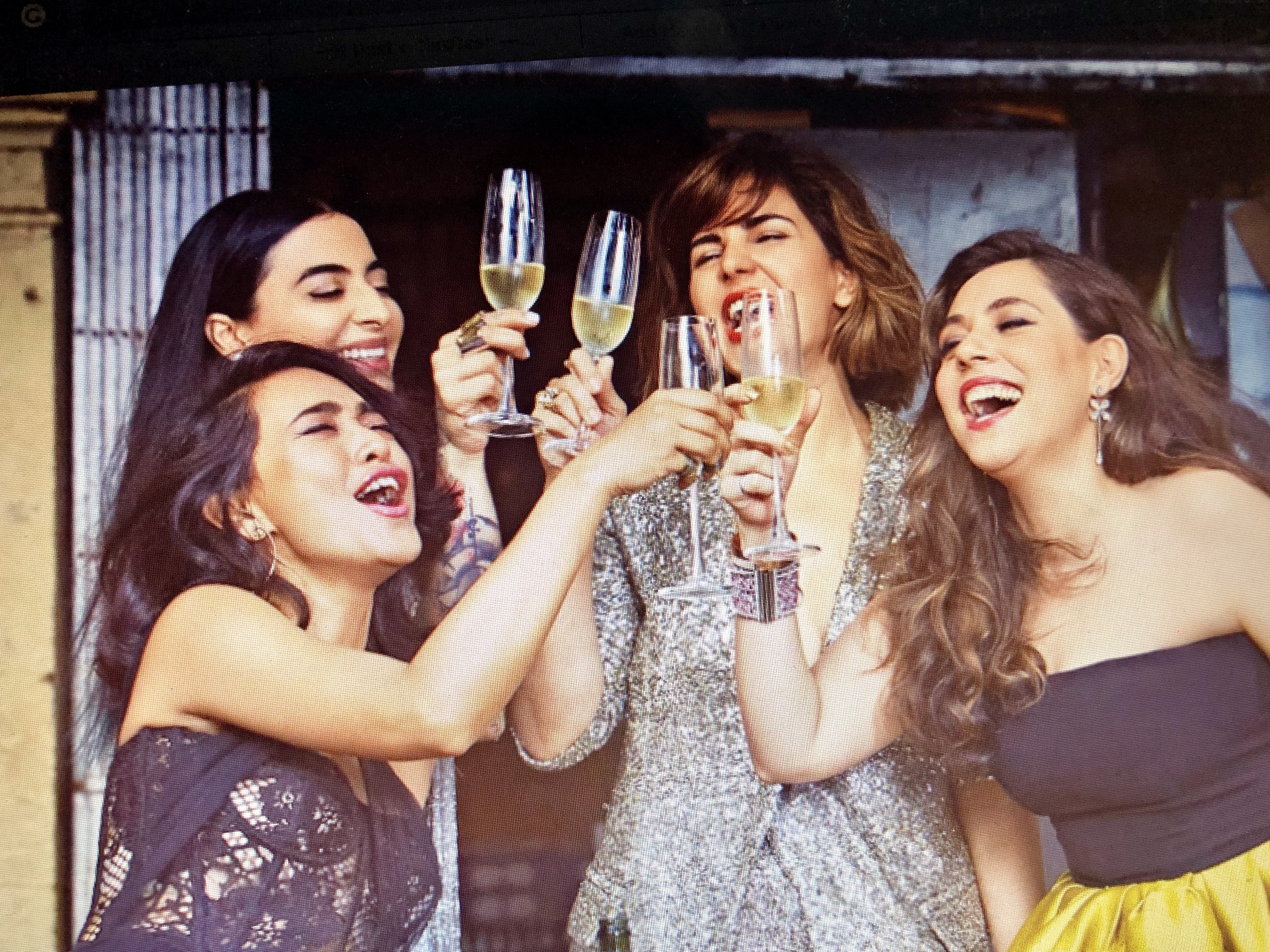 Four women discuss their life and career problems over a round of tequilas. This is the story of Amazon’s latest TV series ‘Four More Shots Please!’ where we see how millennial women juggle their wants and needs. Sounds familiar? Well, anyone who has followed ‘Sex and the City’ knows what we are talking about.

This Indian TV series revolves around 4 best friends: Damini (Sayani Gupta), Siddhi (Maanvi Gagroo), Umang (Bani J), and Anjana (Kirti Kulhari). All these girls are flawed who make many mistakes throughout the series but don’t shy away from what they desire. Anjana is a divorcee and a mother but she is still not over her ex-husband while Umang is a bisexual who believes in having sex freely but is waiting for her superstar partner to come out to the world. Damini is an investigative journalist who can’t keep a guy longer than a few months and is fed up of creating click bait stories which she is forced to do by her newspaper head. And Siddhi is the sweet, innocent girl who is fed up of her mother pestering her regarding her relationship and career status all the time.

The story of these four girls is quite similar to the lives of Samantha, Carrie, Charlotte and Miranda in the American TV series ‘Sex and the City’. The Indian version takes place in Mumbai which is the most happening city in India, similar to New York, the heart of the US. While Carrie was a newspaper columnist, Damini is an investigative journalist but both have similar troubles finding a suitable partner. Similar to Miranda, Anjana is a lawyer who struggles to manage her professional and personal life and is a mother too.

Umang is certainly the Samantha Jones of the series as she is quite chill regarding sex and enjoys it with both men and women. And finally, we have Siddhi Patel who has to struggle under the marital pressure and critical views of her mother which definitely reminds us of the poor, innocent Charlotte.

But this is where the similarity ends. Yes, the 4 women are best of friends and struggle through the decisions of life with alcohol and each other’s support but there is much more to this series. Milind Soman (playing the gynecologist) and Prateik Babbar’s (bartender) presence in the TV series makes it an exciting watch.

So, if you miss ‘Sex and the City’ and would like something new, bold, and yet inherently Desi to watch, then ‘Four More Shots Please!’ is the perfect choice for you.

This series is definitely going to surprise you!

Sugar Sammy Returns To Headline At Carolines On Broadway, NYC