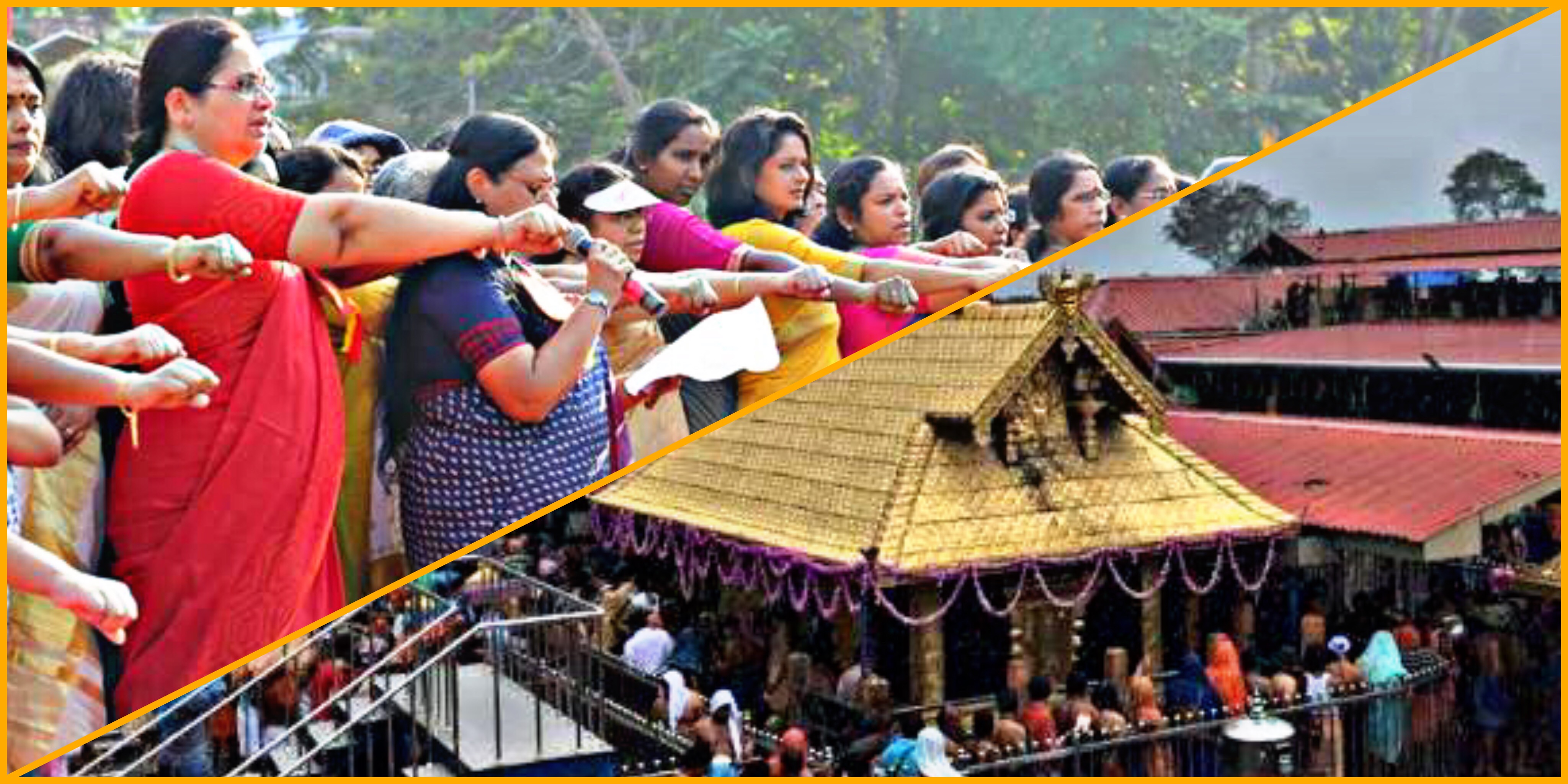 We saw the year start with thousands of women standing shoulder to shoulder from the northern to the southern tip of the Indian state of Kerala to demand equal rights. With the backdrop of the blatant gender discrimination against women in the Hindu shrine of Sabarimala as the burning issue – the united voice of fairer sex seems to have finally made an impact.

In September last year, India’s Supreme Court had ruled to end the prohibition on women and girls aged between 10 and 50 or women of menstruating age, from entering the Sabarimala Ayyappa temple in Kerala, saying it went against the rights to equality and worship guaranteed under the country’s constitution.

This decision had seen wide-spread protests from the temple trust and the entire country was divided on the question of what should be given more preference – the right of equality of women or maintaining centuries-old traditional rules of the religion.

The revolt saw two women enter the temple by stealth and then the shrine being shut down for purification rituals. These women were outcasted and stay under continuous police protection as they face constant threat to their lives from the staunch devotees.

But this week brought about the change that will be regarded as a ‘tryst with destiny’. The board overseeing the Sabarimala temple told the Supreme Court of India that it would abide by its decision to open the temple to women, after holding off for months saying it did not want to violate a historic tradition.

“After the Supreme Court judgment, we discussed a lot. We realize that we should respect the judgment of the court,” lawyer Rakesh Dwivedi representing the temple trust told Reuters news agency.

The Travancore Devaswom Board would also withdraw from efforts challenging the Supreme Court’s lifting of the ban because it now believed it was discriminatory, Padmakumar, its president, was quoted as saying by the local media.

It all comes down to the question of who protects who? Did the men finally understand that they do not have the power to protect the celibacy of God by banning women from entering the temple? Or do they believe that God can take care of himself and the evolution of society demands equal rights for all?

One can only hope that such unjust traditions across the South Asian diaspora will see gradual extinction in the years to come.