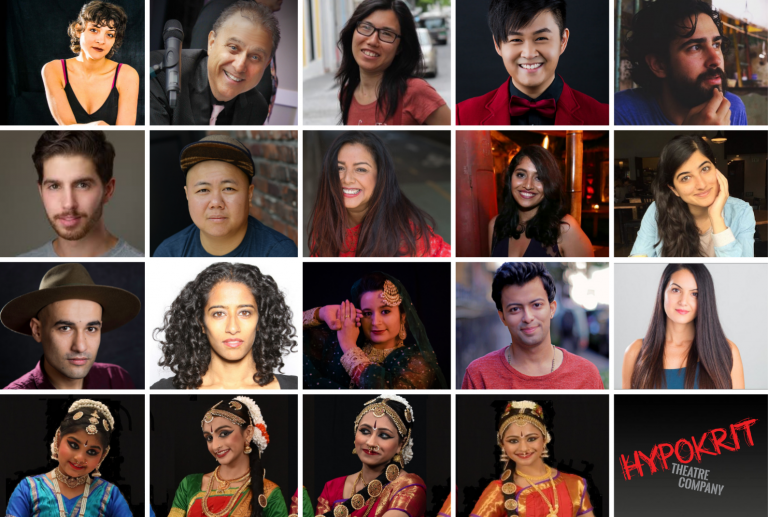 From the outside, the Players Theatre seemed impossibly small and unassuming. Tucked in between a live music lounge and an improv center, this theater held a lively series titled “Tamasha Nights, Seven.11” on Friday, February 8th. The Hypokrit Theatre Company featured seven plays, each eleven minutes long. In these eleven minutes, South Asian dancers, actors, and comedians captivated a packed audience with grace, thoughtfulness, and humor.

In “Ahmisa”, meaning non-violence, the dancers of SnD Productions delicately balanced the Bharatnatyam and the consequences of guns. Their traditional outfits and jewelry were the perfect the facial expressions of the dancers as they told their story.

“Threads of Memory” by Anu Yadav showcased a repentant father proffering a relationship with his estranged daughter, only for the audience to learn a shocking secret as to the reason for their separation. A normally taboo topic, the play explores the fragile memories of a young girl versus what her mother wants her to believe.

“The One with the Biological Clock” by Ankita Raturi demonstrated a South Asian norm with a twist. A young lesbian couple discussing child-bearing pressure from parents, against the backdrop of the stimulus of a ‘Friends’ episode. They find that an unlikely opinion helps them solve their issue. The switch between Hindi and English was a refreshingly accurate portrayal of the role we play for our parents versus the role we play for our peers.

“The Lord of Wealth” by Jyotsna Hariharan was an entertaining take on the power of prayer in a modern world. Hariharan effectively weaves together two characters with a comical, all-knowing demi-god who requires prayers to be made to him.

Alternatively, in “God is Dead” by Eissa Saeed, three improbable souls find they have more in common than what meets the eye. A mouse, a mother, and a drag queen each have more to them than meets the eye. Saeed explores the levels of loneliness that we have all encountered, and how kindness is appreciated by all life-forms

In “The Big Fat Brown Show” by JokerFace Entertainment”, the audience was delighted by dance sequences and a lingering social message. This skit defied some myths about Indians and Indian culture with a mix of comedy and a dose of reality. By addressing stereotypes , JokerFace has created a safe space for open conversation about the Indian subcontinent. The uncommon use of entertainment framework made the skit interesting to watch.

In the final act, “Indian Cabaret” by Shivani Badgi the dancers addressed a timeline of women’s roles in society in a variety of colorful costumes. The dedication to the roles apparent with each of the dancers. The choreography was stunning, as well as the seamless shift in scenes.

Seven.11 by Hypokrit Theatre Company was an unbelievable night of raw South Asian talent with a seemingly endless amount of entertainment emanating from each segment. All the playwrights, directors, choreographers demonstrated a high level of commitment to their craft. As an avid play attendee, “Tamasha Nights” was aptly named.