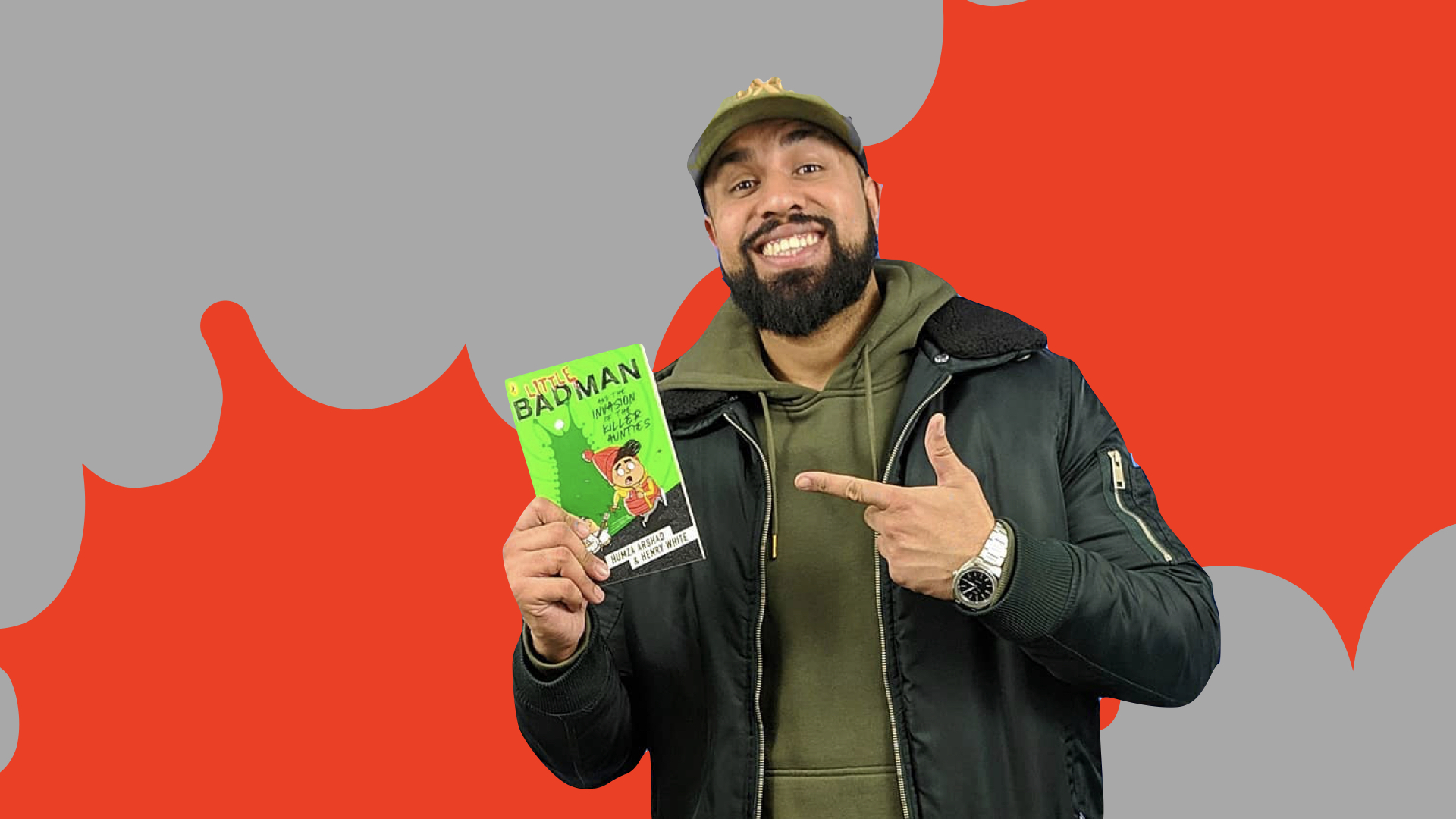 YouTuber, and comedian Humza Arshad is finally bringing South Asian children a story ey can relate to, the takeover of evil aunties!

Arshad teamed up with Henry White, a comedy writer for television and children’s books, to develop “Little Badman and the Invasion of the Killer Aunties” along with illustrations by Aleksei Bitskoff.

“I love my aunties, but any Asian kid will tell you, a gang of aunties is a force to be reckoned with and to make them extra powerful and extra scary was a lot of fun,” Arshad said in a press release. “Exaggerating some of my childhood experiences and turning it into a kids adventure is a bit of a dream.”

“Little Badman” is a hilarious fast-paced adventure full of mischief and lovable traditional British Asian comedy. “Little Badman” is Humza Khan, the greatest 11-year-old rapper in Eggington. For those who don’t know, “Badman” is British slang for gangsta or bad boy. Little Humza is destined to be rich and famous, he just knows he is. His happy life takes a turn when his music teacher falls ill and his Auntie steps in as a substitute teacher. Humza wonders why no one cares about Auntie’s unorthodox teaching and endless sweet treats.

Soon more aunties replace teachers and little Humza knows something’s not right. Humza, along with the help of his elderly uncle and his friends Umer and Wendy, discovers the aunties may be more sinister than they thought. To read the whole story, check out “Little Badman and the Invasion of the Killer Aunties” out on March 7th, 2019, by Puffin in paperback, ebook, and audiobook formats.

Arshad has become one of the UK’s most popular British Asian personalities. The Richmond Drama School graduate began his career with his YouTube series, “Diary of a Badman” which he wrote, directed, edited, and starred in. The comedy series revolved around a young man with the mentality of a 7-year-old, a “badman” who struggles to survive in the hood and get along with his mom. With over 90 million views of the series, its no surprise BBC came calling. Arshad went on to create scripted comedy mockumentary titled “Coconut” for BBC Three.

Arshad has been using his popularity to do more than just make the audience laugh. In 2015 he partnered with the UK Counter Terrorism Unity as the first YouTube ambassador for the Creators for Change campaign. He’s also shared the stage with the likes of Will Smith, YouTube CEO Susan Wojcicki, Kevin Hart, Whoopi Goldberg.  Presently, you can catch him on his book tour to promote “Little Badman.”

Arshad’s launch into children’s fiction is destined for greatness just like the “Little Badman” Humza. Be sure to grab your copy of the book when it releases March 7th!