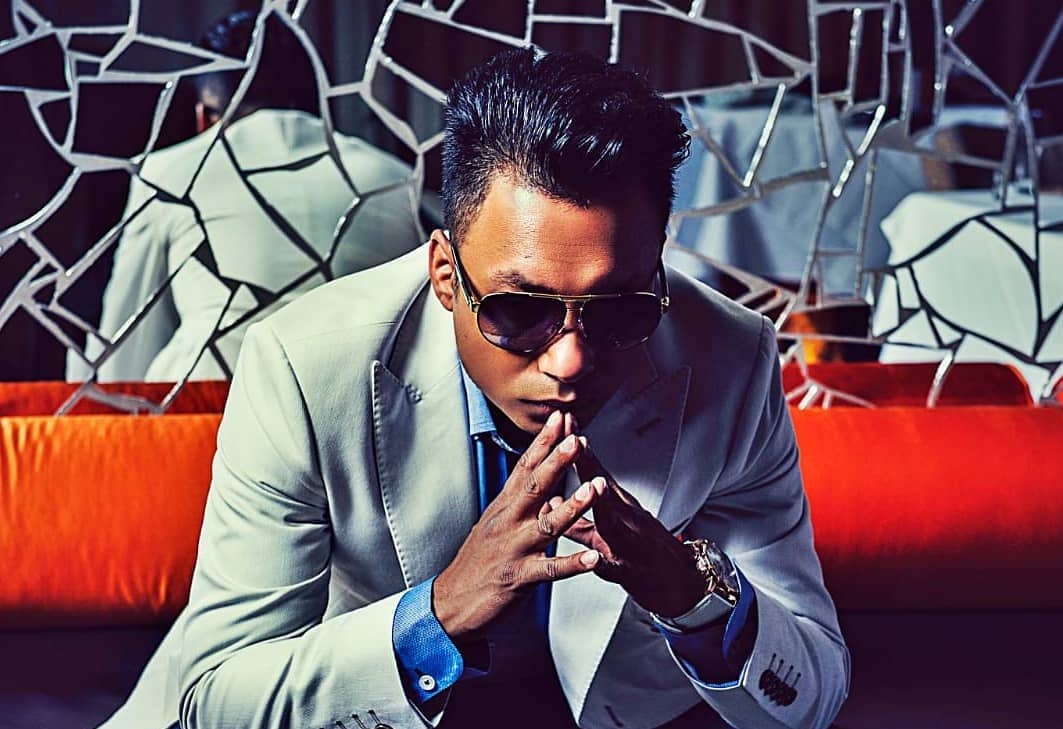 Who Still Wants War Between India & Pakistan – The People, Politicians, Or Media?

Master-D began his career in the urban desi music scene along with DJ Vicious and Kashif. The trio rocked the scene with hits like “2 Step Bhangra” and “Tera Nasha” which are still popular today. As trends in this niche genre constantly evolved, Master-D felt the need to push for Bangla music to move to the forefront.

The Bangladeshi-Canadian artist pioneered the Bangla Urban music movement releasing a fusion of western urban beats with traditional instruments and Bangla lyrics. With hard work, determination, and persistence, Master-D has finally brought Bangla urban music to the scene. His efforts have led the way for newer artists like Nish and Muza to really expand the genre.

We had the chance to sit down with Master-D to discuss the rise of the Bangla urban movement, his passion behind pioneering it, and what he believes is the future.

DissDash: After such a successful career as a part of “The Bilz and Kashif” why did you make the decision to pursue a solo career?

Master-D: Well, first of all, I noticed that no one was taking the leading role at the time to create a strong representation for the Bangla Urban music genre. So, you can say that I made the decision based on the fact that I had the natural urge to pick up the torch and inspire new artists to follow in my footsteps. And secondly, Bengali is my culture and heritage.

DissDash: Although there are plenty of Bengali singers in the urban desi scene, not that many actually sing in Bangla. Would you be able to give us an idea what inspired you to want and take this on and begin this urban Bangla movement?

Master-D: Often times I’ve noticed when I attended Bengali weddings and celebrations that there wasn’t any Bangla music being played where the main language of the singers was Bangla, instead it was in Punjabi, English, and Hindi. I felt that something was missing from the d music industry. It made me very proud to take such a leading role, it inspired and motivated me.

DissDash: What has been the public’s response to the launch of your Bengali music career?

Master-D: Well, I have given young people something to root for, so as you can imagine there has been a lot of excitement from the Bangladeshi youth. It’s something that I really feed off, artistically and creatively.  It’s definitely a psychological boost for me. Everyone is great, I love all the support and it’s only going to get better.

DissDash: What would you say has been the most difficult part in your efforts to generate more attention worldwide for Bengali Music?

Master-D: Look, anyone who has ever been a pioneer in anything will tell you it’s quite an undertaking to be the first to try something, every step I take is a new one, full of surprises and obstacles, and I have to always stay on my toes and be focused. That being said, the most difficult part in my efforts to popularize Bangla urban music is convincing “the powers that be” in the Bangladeshi mainstream music industry of the potential that Bangla Urban has to grow and to be very successful. Presently I am struggling in communicating this idea and getting the support that I need from the business. Sure, I wish I had more resources and leverage to succeed in this undertaking, but none the less I continue to push the envelope, it’s always a work in progress.

DissDash: Have you your music gain popularity in Bangladesh or West Bengal?

Master-D: My music has become somewhat of a platform among the Bengalis from all regions of Bangladesh and West Bengal. I see responses and a lot of sharing and comments on my fan page that give me a pretty good picture of how wide the reach of my music has been across that geographical area, something which is very encouraging and satisfying for me personally, but at the same time the undeniable fact that Bangla Urban Music has its place in Bengali society today.

DissDash: Have you worked with artists and creators in Bangladesh or in Bengali films?

Master-D: Like the response that I got from the Public, the response from the Artist’s side has also been very encouraging. I haven’t worked in any films yet, which is something that I am looking forward in doing in the near future, but I have collaborated with some solo artists and new upcoming Bangla singer/songwriters, and things are looking very positive, some of the work we have done thus far is absolutely great and I am very proud of it.

DissDash: With the rise of new Bengali artists, like Nish and Muza, to name a few, what kind of change do you see in the Bangla urban music movement?

Master-D: For me as a seasoned artist and very experienced musician, I can see that the new blood is showing signs of strong creative energy and the desire to really make music and make it their own. I see a lot of modern elements and steps towards a bright future for this thing we are doing here. Hopefully, this is the beginning of something historic as far as music is concerned. Let’s change the world!

DissDash: Artists often focus on their own careers, how important is it for artists to collaborate and work together in order to help each other get more recognition and improve their presence in the music industry?

Master-D: I remember at the beginning of my career things were not the way they are nowadays. It was a competitive environment and a lot of artists didn’t understand how important it is to network, connect and collaborate, and how beneficial it would be for one’s own career to work with other artists. I’m a strong believer in cooperation and good will. We are part of a fairly new musical movement, it is important for us to stay close and to help each other reach a wider audience and be as successful as we can possibly be.

DissDash: Growing up outside of India and Bangladesh, none of us Bengali kids had the “cool” Bengali singers in the mainstream to follow or take motivation from. What does it mean to you that you get to be that role model you never had?

Master-D: I am a musician first and foremost, and so I try to produce the best music possible. But the reason why I made the decision to create Bangla Urban music was to give something for the young generation to be inspired by and to be very proud of.
So if at the end of my music career one day I look back and I see that I left a legacy for my people I guess that would mean a lot to me and it will be a very endearing thought which would bring me a lot of peace and a sense of great accomplishment.

DissDash: Where do you see this movement in the next 5 years?

Master-D: Look, I don’t think I can really predict the future, but I ‘ll tell you, I will do everything that is in my power to guarantee the success of Bangla Urban to as many places and Bengali communities across the world.

DissDash: What advice do you have for some of the rising artists while they are trying to make a name for themselves right now?

Master-D: Be true to yourself and to your creativity.  Try to learn an instrument and really connect with your music, not just in spirit, but also in body and movement. Love and appreciate your fans as much as they love you, and try with your music and your art to always give them a positive message.

DissDassh: There any new artist that has inspired you or surprised you with his or her talents?

Master-D: Right off the bat I will tell you Nish and Muza are people that I really like, not just because I’m working with them, but also because I really do believe in their ability to create original music, and to me, they seem very talented. At the same time, I really appreciate the personality and character they possess. I’m hoping to see many more artists appear in the scene of Bangla Urban Music, as it is still fairly new, I’m sure there will be many more to come.

DissDash: So finally, what should your fans out there, and the many fans of Bangla Urban music around the world expect to see and hear from you next

Master-D: Even though my career started 15 years ago, I will tell you I’m only just starting. I think people have only seen a fraction of what I’m capable of. The first 15 years to me were just a prelude of what I’m about to do in the near future. Starting with 2019 I have opened a new personal chapter in my music career, and the songs that I am preparing to release are the best work I have ever done. I can go into details but honestly, I just want to really surprise everyone.  We got some amazing stuff coming out this year.  So just trust me, stay tuned, and keep an eye out cuz  Master-D is about to take this industry by storm.