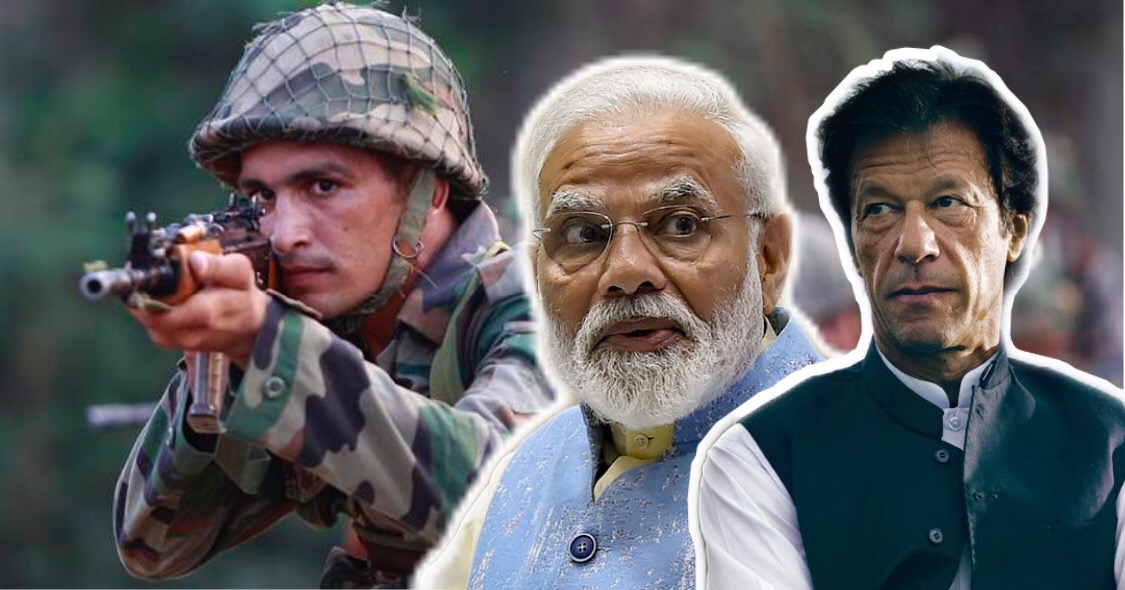 While we sit in the comfort of our homes and watch the news from India and Pakistan – the unrest that is still brewing between the two makes us cringe at the volatility of the situation and the apparent irresponsibility with which some sections of the media are dealing with it.

After the Pulwama attack on February 14th in India, the feeling of aggression against Pakistan filled Indians, flamed by politicians and the media, so much so, that it seemed like the Indian government was forced to pull out an open attack against Pakistan.

The morning of February 26th brought news that India had dropped a 1000 kg bomb in Pakistan and hit the biggest Jaish-e-Mohammad terror camp in Balakot, which was said to be training suicide bombers for another attack on India.

The immediate reaction from Pakistan was a complete denial of any such attack and the additional claim that they made the Indians run away by instantly attacking the fighter planes that had entered their territory.

What ensued was a saga of claims and denials, chest thumping by politicians and continued escalation of the situation by the media.

With the general elections in India coming up in May, and the current government being famed for having stark anti-Pakistan feelings – the call for war became too loud.

Next came the attack from Pakistan on India. India considered the Pakistani air action against its military assets on Wednesday morning to be an act of aggression, a notch above India’s non-military pre-emptive strikes that targeted terrorists and not any Pakistani military asset.

Details of Pakistan’s attack by the Pakistan Air Force (PAF) fighters, which included 10 F-16s, that came with the intent of striking specific military installations but failed as their bombs fell short of the target, started doing rounds.

In the ensuing air battle, an Indian Air Force MiG-21 is believed to have been chased and brought down an F-16 fighter. While doing so, a pilot, Wing Commander Abhinandan Varthaman, crossed the Line of Control (LoC). His plane was hit and he was captured by the Pakistani forces.

This incident suddenly brought to light the basic fact that in a war there will be casualties on both ends. With videos of the Indian pilot coming in from Pakistan there was a sudden change in the atmosphere. People from across the border started sending out messages of peace using the hashtag #SayNoToWar.

A reminder that these are two nuclear-armed siblings with a long history of armed conflict and currently with two prime ministers facing public pressure for military action became stark. And the snowy, mountainous region that both nations have coveted — and occupied with troops — for more than 70 years still remains the major cause of conflict.

It was almost inevitable that fighting would break out again between India and Pakistan, but what was uncalled for was the irresponsible reporting and instigation by certain media houses in India that have been strategizing war moves from the day of the Pulwama attack.

With 24×7 news channels instigating people in India that a war with Pakistan was the only answer to all terrorist activities that happen in the country.

A pleasant surprise came in the form of the Prime Minister of Pakistan, Imran Khan declaring that the pilot captured would be released to India as a gesture of peace. He followed through and the IAF’s Wing Commander Abhinandan Varthaman was gracefully handed over to India.

This move has been applauded across the globe, but the Indian government, which had in the first instance, denied that any of its pilots were missing, came out with a statement that Pakistan was forced to release the pilot due to obligations under the Geneva Convention.

We sigh at the insanity that has plagued our nations. It’s a plague of hate. A plague of distrust. A plague of ultra-nationalism.

“Whether blood be ours or theirs, Its the blood of humankind. Whether wars be waged in the east or west, It is the murder of world-peace. Whether houses be bombed or borders, The temple of the Soul is wounded. War is a problem itself. How will war resolve problems? Today it will rain fire and blood, Tomorrow, hunger and scarcity.”

These words of Indian poet and lyricist Sahir Ludhianvi shouts out to everyone who craves for peace. War is never a solution. We just hope that the leaders of both countries understand this clearly and do not use this atmosphere of unrest to their political gains.