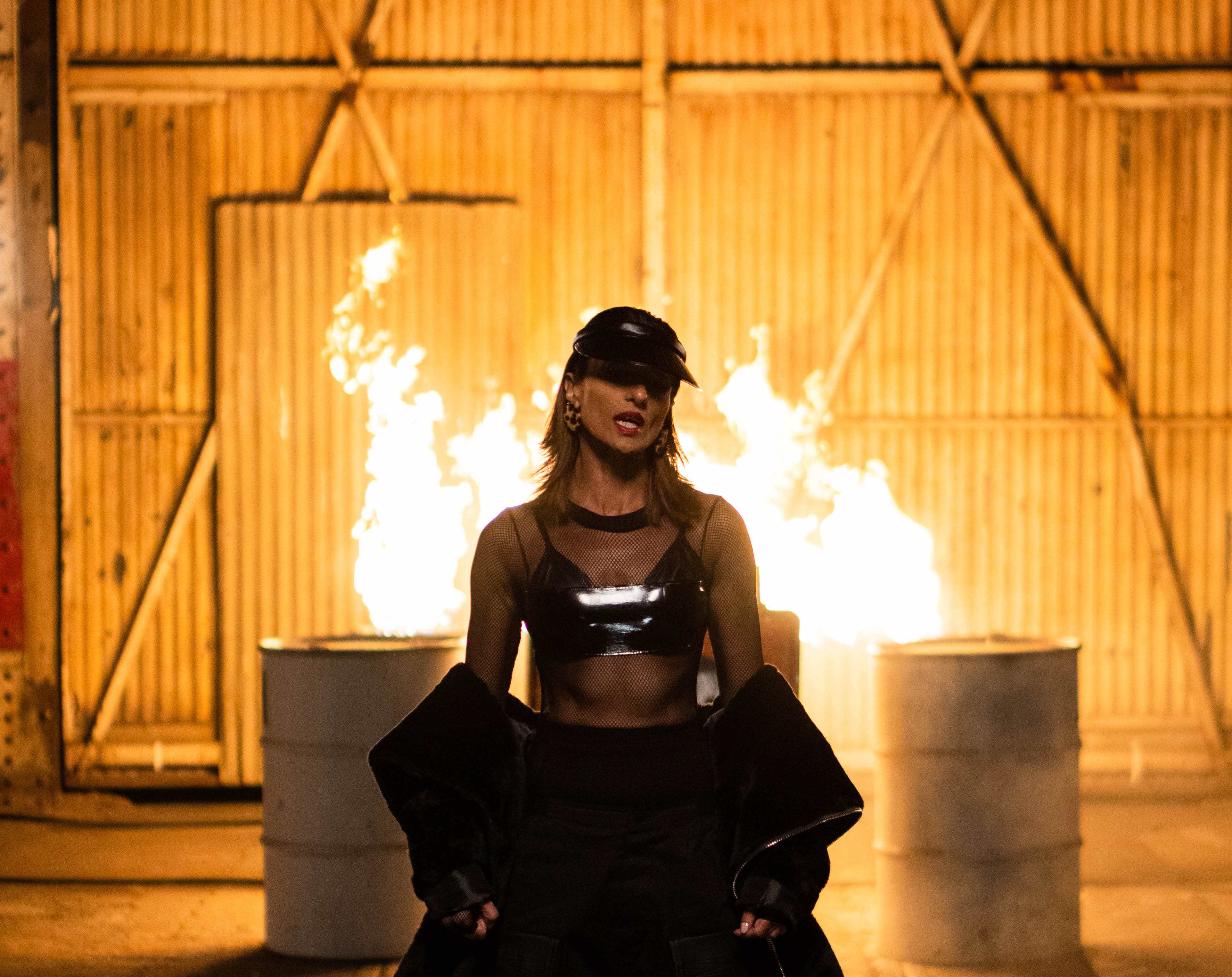 A successful businesswoman and the founder and Editor-in-Chief of Varli Magazine which educates the world on Indian cuisine, Varli Singh is a force to reckon with. Renowned for creating the Varli Food Festival, to provide Indian chefs a stronger outlet, she is influential in culinary circles in the US.

Singh recently released her debut song ‘Phir Bhi Hun Main Zinda’, which she created based on a personal experience where a loved one betrayed her, mentally abused her, tore her heart into pieces and destroyed her confidence. It took years for Singh to overcome the torture and pain but finally, she gained the strength to stand up and say, “I’m not taking this anymore.”

We caught up with her and she let her heart out to us about her song for our special Tune-in-Tuesdays.

DissDash: How empowering was the making of your song?

Varli Singh: It was no doubt a great feeling. To be able to bring out your inner thoughts and emotions in a manner that the public can relate to, it creates a great feeling of connection. I have a message for everyone out there who could be a victim of social, emotional, or physical abuse. The message is that there is always hope if you believe in yourself enough to stand up for yourself. It can be incredibly hard and can take a long time, but you are worth the effort it takes to fight back. When you practice self-confidence, you eventually learn that as long as you truly love yourself, no one can take that away from you. To be able to convey this message in the form of a music video that’s informative, motivational, and entertaining gave me so much satisfaction.

DissDash: How do you hope to inspire others who have suffered at the hands of others with your song?

Singh: The message is very simple. Be strong within. Be willing to sacrifice short-term benefits or satisfaction or comfort in the effort to achieve inner happiness, inner freedom and a sense of self-love and self-respect. If you respect yourself and know your worth there is no power on earth that can stop you from saying “NO” to any kind of abuse.

DissDash: Do you think South Asians are more prejudiced and judgmental?

Singh: I would not say that we as a society are more prejudiced or judgmental than other communities. Every culture has its faults and greatness. Western society also has a major problem with regard to abuse – be it emotional or physical. I just feel especially for the women in our community, our upbringing has historically involved suppression of our voices, even though women have played a very important role in the family system. Just because men (especially in olden times but still today in rural areas) were the ones to go out to earn money, or were considered physically stronger does not mean that women don’t play an equal role in creating and maintaining the family and the society. Education will surely play the most important role in elevating our society and empowering our people to be stronger from within. Many young men in our society have also been socially and emotionally abused. It’s not just women suffering abuse, and it’s not just men committing it. For men, it may be by their families because they could not create their own livelihood, by their employers, or their teachers or peer groups. Education – not just academic but emotional education – will always be the most instrumental tool to help anyone being pushed to stand up for herself or himself. We are undoubtedly as judgmental as any other community but I feel it’s more about human beings being unwilling to accept the views and identities of others because of their inner weakness.

Dissdash: What made you finally decide to move away from the abuse?

Singh: I was always a person who respected myself and my self-identity, but the love for my friend slowly pushed me into a situation where I could not recognize myself anymore. This is how a lot of people get trapped in abusive situations; you may initially love yourself, but your love for the other person (who does not love themselves) can destroy your self-image over time. So over time, I changed and became willing to take abuse just for the love of my friend and to keep the relation alive. Slowly, that became my nature. Slowly, that became who I was. This abuse started when I was a child, so it eventually seemed almost normal to me. But inside – I knew that one day I will have to stand up. To get my life back. To get my identity back. Finally, after years and years of accepting torture and abuse, I finally decided to stand up for myself. I realized that taking the risk of losing this friendship, of feeling alone, of risking conflict, was worth the short-term pain – it was worth it for the possibility of finding my strength and owning my power once again.

DissDash: How important is the role of a personal support system to come out of this?

Singh: I feel it’s a very important part of who you are. Support system – be it family, friends, or associates, it is always a very strong tool to help one out in situations like this. But I want to emphasize that even if you don’t have this support system – and not everyone does – you alone have the strength within you to say no to the abuse.  It is ideal when we have people in our lives we can trust and lean on – but part of pulling yourself out of abuse is realizing that you don’t need the approval of other people in order to be whole. The strongest support system is your own heart and your own mind.

DissDash: Strong women are considered unbreakable – do you consider it a boon or bane to be perceived as strong?

Singh: I will go as far as to say that no change will happen as long as women are not perceived to be strong. That’s the most important step towards making us a healthy and happy society. But we have to redefine strength; it doesn’t have to be defined by traditionally masculine qualities, and it isn’t about dominating people. It’s an individual quality, and it has to start from within, in order to really endure.

DissDash: What message do you want people to take away from your song?

Singh: Only you can decide your worth. Take care of yourself first, then you will be able to love others in a healthy way. I want people to know that they have what they need inside of themselves to stand up and say “NO” to any kind of abuse. Regardless of what collateral problems arise for you, it is never, ever worth it to stay in an abusive situation. It will be very hard at first to choose yourself, but you will be much happier in the end if you do. And if you focus on the strength that you have – mentally or physically – you can get there.

Check out her song right here: