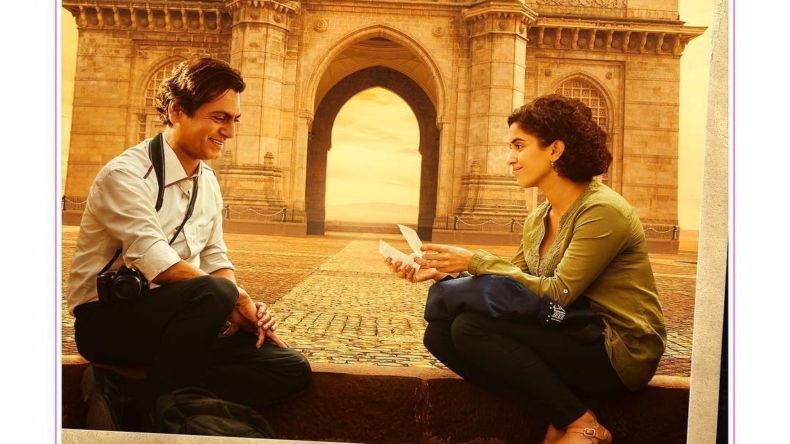 The official trailer of the charming indie drama, “Photograph”, by director Ritesh Batra, of “The Lunchbox”, “The Sense of an Ending”, and “Our Souls at Night” fame has been released by Amazon Studios. This movie first premiered at the Sundance Film Festival earlier this year, and it was also showcased at the Berlin Film Festival.

Batra takes us to India to tell a story of two strangers in Mumbai, Rafi, and Miloni, who meet one day when Rafi decides to take her photograph near the Gateway of India. At first, he convinces her to pose as his fiancee to satisfy his grandmother’s wishes, but the two develop a different kind of relationship. The film stars Nawazuddin Siddiqui, Sanya Malhotra, and Akash Sinha.

The trailer shows that tiny bit of connection between two people that is so vital to them even though it’s not tangible in any way.

Two lives intersect in Mumbai and go along together. A struggling street photographer, pressured to marry by his grandmother, convinces a shy stranger to pose as his fiancée. The pair develops a connection that transforms them both in ways that they could not expect.

Amazon Studios will release “Photograph” in select theaters on May 17th.

Riz Ahmed Gets Animated With The Stunning Documentary, “Flee”