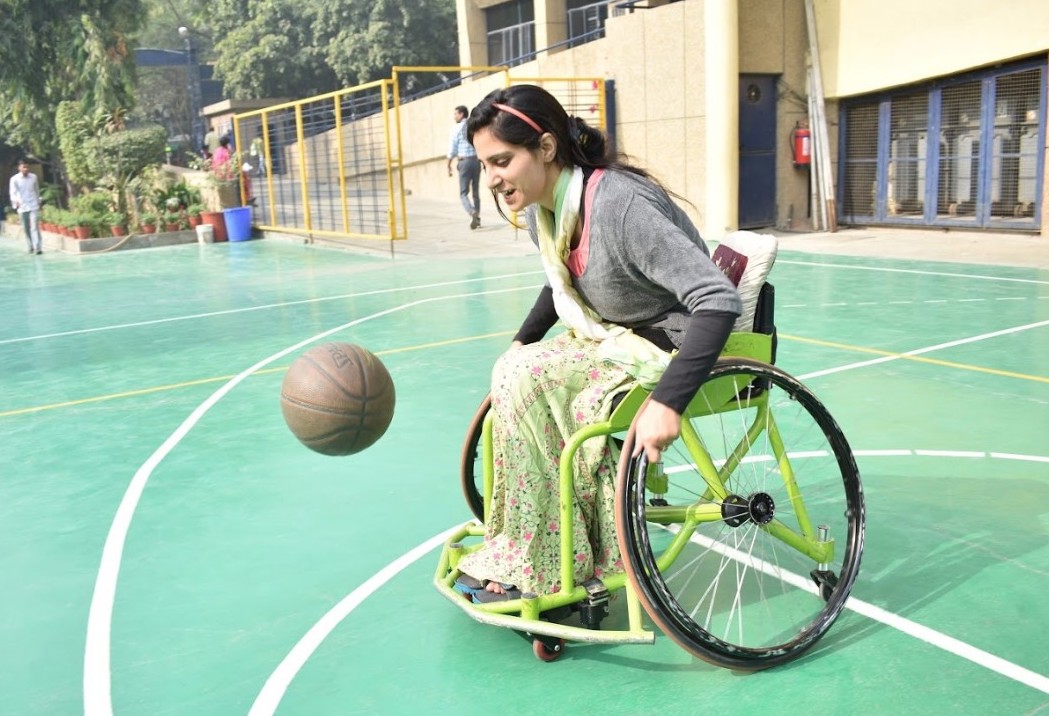 The Making Of ‘Ghar More Pardesiya’ Is Just Wow!

Physical disability sometimes makes people create their own unique journey. Such is the story of Inshah Bashir. Hailing from Budgam district’s Beerwah area in Kashmir, this 24-year-old is the first female wheelchair basketball player from Jammu and Kashmir.

She was about 14, when she was diagnosed with stomach ulcers, which led to bleeding while coughing. A year later she met with an accident and got her spine injured. The place she belonged to lacked proper facilities for her treatment and it was her determination and her family’s undying support which helped her get over these problems.

Bashir always had an interest in basketball and was inspired by a group that she saw playing this sport flawlessly despite their disabilities, during one of her visits to the Shafqat Rehabilitation Center in Srinagar.

She made her decision to play basketball then and there. Bashir used to practice with whatever limited resources were available to her and she would often play with the boys’ team since there were not many women players in the valley.

Speaking to ‘She The People’, Bashir said,

“I saw some people like me and even in worse condition than me playing basketball. They suggested that I join them. At first, I felt I may not be able to do it, but then I and felt this game is interesting and convenient to play on a wheelchair.”

Eventually, her hard work paid off and she was selected in the “Rest of India” team at the national level in the year 2017. Due to her undying hard-work, determination, and struggle she has now been invited by the US Consulate to participate in the Sports Visitor Programme 2019 to be held at North Carolina, USA.

This was something Inshah Bashir had never thought about and it seems like an apt reward for all her struggles.

The Making Of ‘Ghar More Pardesiya’ Is Just Wow!