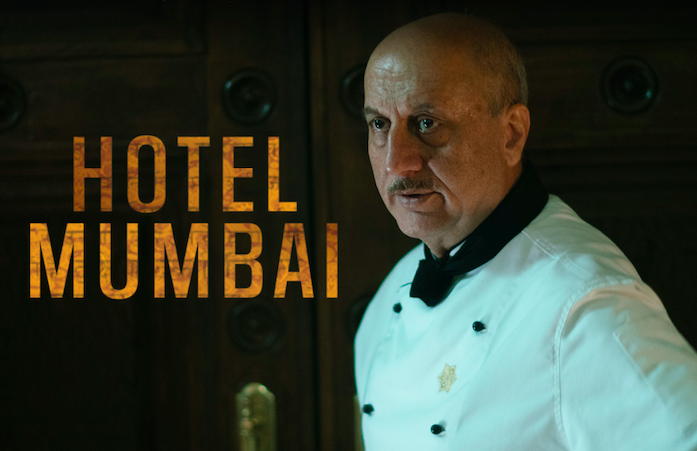 Liza Koshy Returns To YouTube After A Year With ‘Dollar Store’

A gripping true story of humanity and heroism, “Hotel Mumbai” vividly recounts the 2008 siege of the famed Taj Hotel by a group of terrorists in Mumbai, India. Among the dedicated hotel staff are the renowned chef Hemant Oberoi (Anupam Kher) and a waiter (Academy Award-Nominee Dev Patel, Slumdog Millionaire) who choose to risk their lives to protect their guests. As the world watches on, a desperate couple (Armie Hammer, “Call Me By Your Name” and Nazanin Boniadi, “Homeland”) is forced to make unthinkable sacrifices to protect their newborn child.

Watch Anupam Kher as he plays the renowned Chef Hemant Oberoi, bravely and calmly reassure guests at the Taj Hotel of their safety in a new clip from “Hotel Mumbai”. The staff of the hotel risked their lives to keep everyone safe while the hotel was under siege by terrorists in November 2008. Witness the gripping true story in “Hotel Mumbai” now playing in NY and LA and expanding nationwide this Friday, March 29, 2019!

Liza Koshy Returns To YouTube After A Year With ‘Dollar Store’