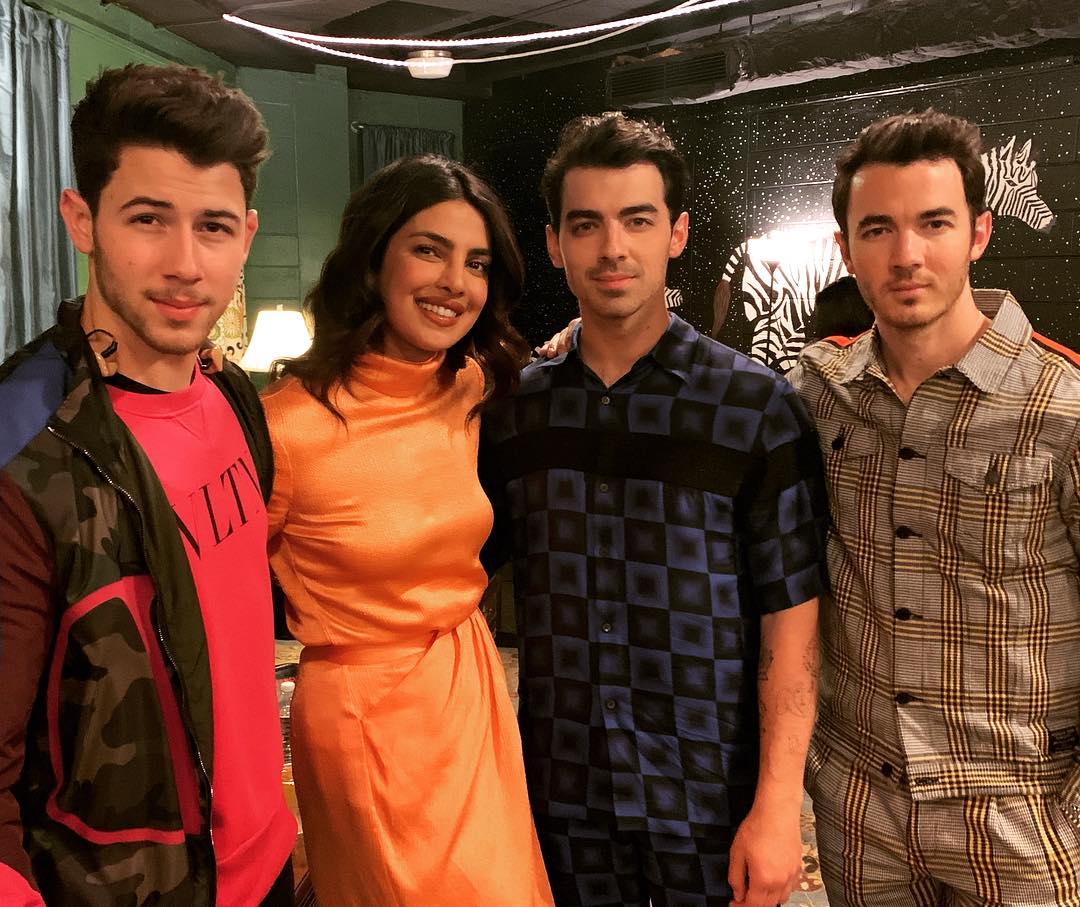 Priyanka Chopra Jonas has been enjoying newlywed life with her amazingly talented husband, Nick. The international actress, singer, activist, and influencer recently went to her first Jonas Brothers concert and it was adorable!

Fans have been losing their minds over the Jonas Brothers reunion. The brothers made an impactful comeback with the track “Sucker” that featured all three of their wives and finance. Chopra-Jonas has admitted that she didn’t know her husband’s past history as a child rockstar. This concert is probably the first time she’s seen the Jo-Bros in action, doing what they like to do best on stage.

This past weekend Chopra-Jonas joined the Jo-Bros during their show in Atlanta, GA along with her in-laws and younger brother-in-law, Franklin.

Chopra-Jonas was seen cheering, singing and even standing up on a chair to support her husband and . Fans have captured the excitement of the stunning actress on their accounts and it is too adorable not to share!

Chopra-Jonas even caught a bra that was thrown for the Jo-Bros and carried it off stage with the family! The internet is ROFL at the images! Chopra wrote that she was “collecting fan messages for the hubby” on her Insta-story. She even went live on Instagram from the event, Chopra-Jonas was literally every Jo-Bro fangirl ever and we’re loving it.