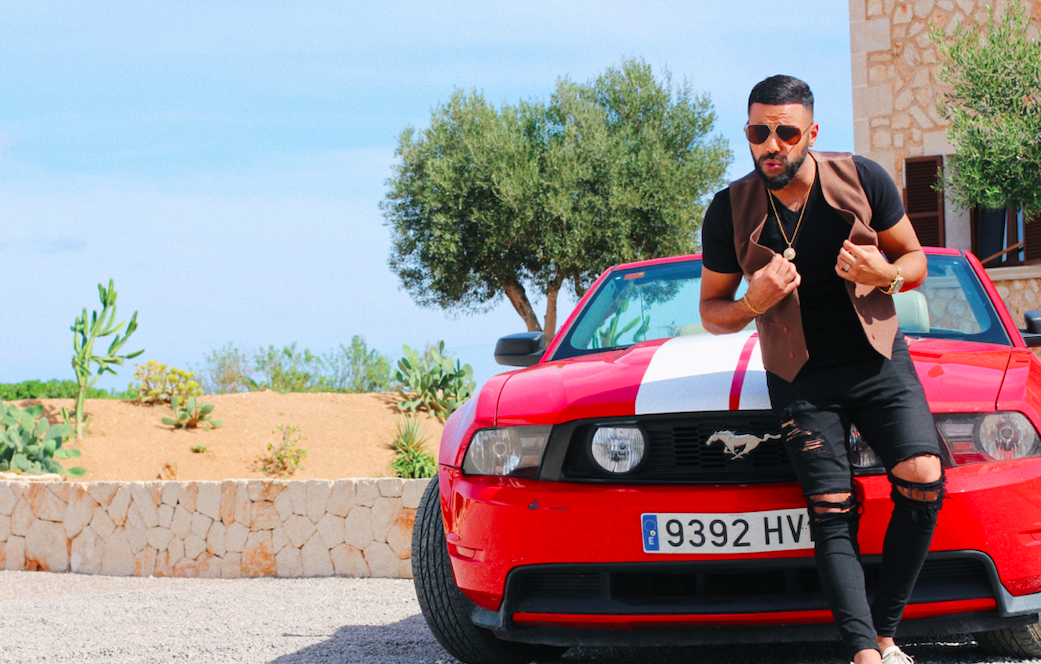 British Asian singers have been ruling the urban desi music scene, but Belgium’s Ahmed Khan is here to shake up the status quo. This 27-year old independent Punjabi songwriter and producer is ready to launch his own music career. The latest track from this rising star, ‘Alisha’ just released and is our this week’s Tune-in-Tuesdays!

Khan isn’t as new to the music scene as you may think, he began his career as a writer and producer. Khan has also been ghostwriting for well known Punjabi artists for the past 3 years. Khan lists the legends like Nusrat Fateh Ali Khan, Noor Jahan, and Chamkila as his favorites. His love of the classical sound is fused with the influence of urban British Asian music in his life. A taking the best parts of the many influences in his life, Khan channels that into his music.

His latest track, ‘Alisha’ blends Punjabi and Spanish music in everything from the beats, the lyrics to the music video. Khan’s smooth vocals will remind you of international stars like Drake. The artist even looks like him! Check out the music video and let us know what you think.

Like popular urban desi artists before him, Khan has also released new music though T-Series. Khan’s previous track, “Million” was released by the international powerhouse. Already being recognized by labels and finding support from the likes of BBC Asian Network’s Bobby Friction and Yasser, Khan hopes to become the first recognized Punjabi act to make an impact from Belgium. Currently, Khan is working on releasing his debut album in 2019, stay tuned for all the updates!