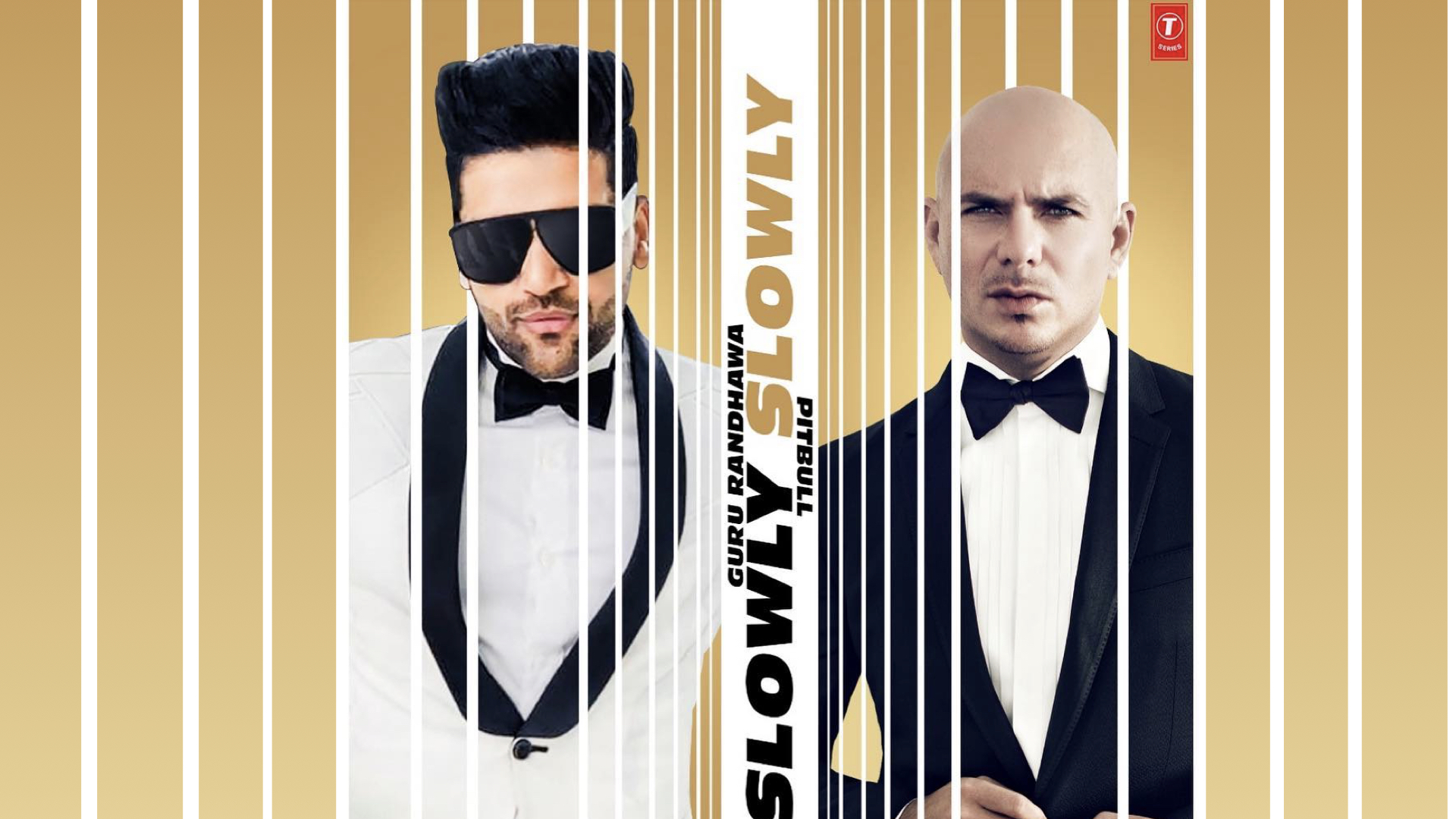 Guru Randhawa brings us another banger, this time it’s an international affair with Pitbull on the track! Produced by T-Series, Randhawa and Pitbull have collaborated for the track ‘Slowly Slowly’ making them our Tune-in-Tuesdays!

The track is bound to become this year’s summer anthem with its peppy dance vibe, a fusion of cultures, and catchy lyrics. Composed by Randhawa, the track is sung and written by both Randhawa and Pitbull. While Randhawa sings in Punjabi, the Cuban American rapper adds in his flavor of lyrics in English and Spanish. DJ Shadow, BlackOut, DJ Money Willz, Vee Music, and MKSHFT arranged the music.

The music video was shot in Pitbull’s hometown, Miami, Florida, with stunning sunny backdrops of an epic pool party. The video also features some skilled dance sequences with Randhawa even breaking it down with the girls! Both artists look suave dressed in fitted designer suits surrounded by stunning dancers.

The track made history as the most viewed video in 24 years on YouTube with 33 million views in a  day! In just 5 days the ‘Slowly Slowly’ music video has now garnered over 60 million views!

From ‘Made in India’ to ‘Lahore’, Guru Randhawa is one of the most popular singers in the Punjabi music industry and has a list of beautiful songs for his fans to listen and groove. A singer, composer, musician and songwriter, Randhawa has become the name and fame of Punjab Music Industry. With his alluring smile, he has often melted people and has been a constant crush of many.

This song is an upbeat peppy number that was shot by Director Gifty which promises to be a visual and aural treat for fans of the two performers. Good things happen ‘Slowly Slowly’ and this cross-cultural collaboration marks T-Series foray into the international music scene and steps ahead in going global.

Check it out right here: