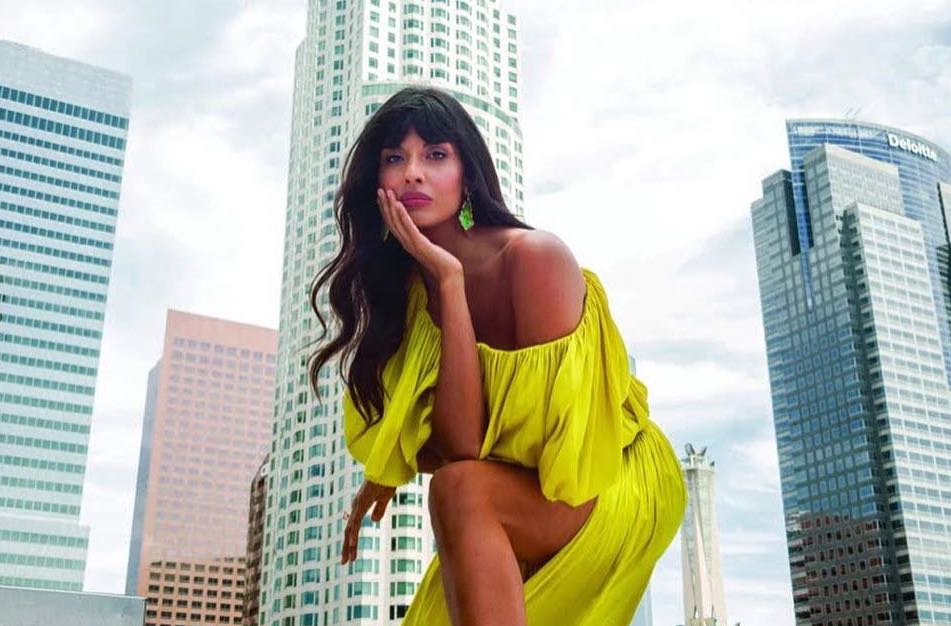 British Indian actress Jameela Jamil is known for not only her work as Tahani on the hit show “The Good Place,” but as an activist uplifting women, and calling out stars that set unrealistic standards of body image. She has teamed up with Harper’s Bazaar India for a unique shoot that was shot completely on a smartphone with no digital retouching!

The May cover for the magazine is Jamil’s first cover in India. As usual, this cover has no digital retouching or airbrushing, something Jamil is always adamant one when shooting. The entire spread was shot on the the soon-to-be released One Plus 7 Pro. The new phone touts a high quality camera made to capture life. The shoot was done on a rooftop terrace in Los Angeles with the sunny California sky to provide the perfect lighting.

The Harper’s Bazaar team was impressed with the camera’s ability to shoot and was surprised to see the video quality was even better. They shot behind the scenes clips with the phone as well.

This unique cover shoot fits perfectly with Jamil’s brand of activism. She is constantly calling out influencers like Kim Kardashian for endorsing products like detox-tea. She has exposed more truths about products like detox tea than the FDA! Jamil has also launched “Why Not People?” a club for disabled people that hosts accessible live music events and the iWeigh movement on Instagram promoting body positivity.

The stunning cover with Jameela Jamil is out now and the OnePlus 7 Pro is set to launch globally on May 14th with events in New York, London, and Bengaluru.