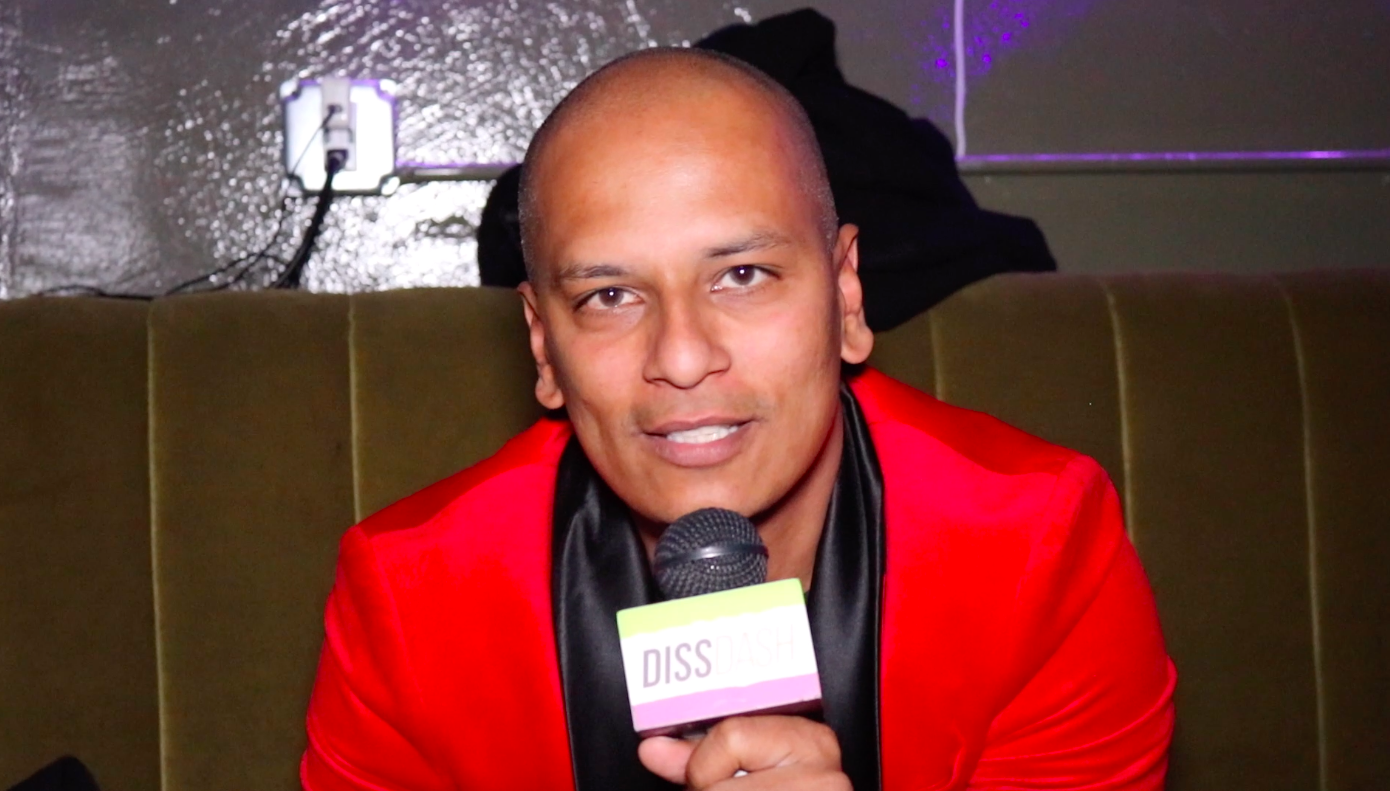 The efforts of the Founder/Artistic director of desiFEST Sathish Bala has been creating ripples in the industry. Hailing from a South Indian family where he was expected to be an engineer, he broke all norms and listened to his heart. He decided to kick-start a music festival which would bring all the desi artists together. A platform where they would be able to create their name, their brand, and their identity. Thus desiFEST is nothing short of his legacy to generations of South Asians in Canada and he is a true inspiration.

DissDash had a chance to sit down with him and Bala opened his heart out over his journey.

DissDash: It’s the 13th year of desiFEST. How did this journey start? What inspired you to go that route?

Sathish Bala: Growing up as an immigrant with a strict family that didn’t understand a kid being creative, was a battle. You know if you’re an artist you’re considered dumb or if you’re a musician or if you’re creative, in our culture, it is perceived that you’re not good at anything else. And I’ve heard that noise from the age of five. Around 2005, I was running my own marketing company and I got invited to another local festival that was happening, called GA Fest. It was the first time I ever met a bunch of passionate people that were putting the culture on the map. And I was working with those guys and I realized they spent so much time and money making this show but none of their artists were Canadian.

They were literally bringing in people from India, Pakistan, and the UK, and I knew there are so many great artists that are here in Toronto, Mississauga, Scavo. But the problem was first, nobody cared about local artists, and second, we needed the big names to pull the crowd and local artists weren’t getting paid. I believe that if you’re super passionate nobody’s gonna stop you from doing your own festival. We have a long summer here and we could have many festivals. I learned that the month of May was South Asian Heritage Month but nobody understood what heritage meant.

It was like this perfect storm and in 2006 I was like I just needed a way to make this conversation louder and so we launched desiFEST as a way, to not just celebrate local artists, but to also challenge this very typical thinking. In a lot of these South Asian cultures, Sri Lankan, Indian or Pakistani doesn’t matter; art is always considered secondary to academics and we thought let’s shake up that stereotype perception.

So I literally went and booked The Square and contacted every artist I could find on MySpace. We booked 38 artists, which was mathematically horrible because you just can’t fit so many people in a few hours. We did our first show thinking we would be lucky to get five thousand people in the first year and guess what, we had just over 20,000…

DissDash: What did you do to pull in such a huge crowd?

Bala: By that time I was already running my own agency. So I had some experience running campaigns. But what we discovered was that there was no real ethnic network. The newspaper wasn’t organized. Radio wasn’t organized. There wasn’t really any TV. So we went guerrilla-like; print on every storefront we could find and hanging banners on campuses. The biggest hurdle I had to go through with the artists was while I was talking to them. They had questions like – who are you? Why are you doing this? Are you going to pay us? What do you get out of it? And when they finally understood why I was doing it, the support from the artist community was incredible. They became our voices because they just started telling everybody I’m playing. We did not realize then how much deeper the sentiment was and literally filled us for the next four years.

We thought through a lot of things from day one to make the festival inclusive and really celebrate diversity and bring out as much of all of the cultures possible and it created a whole bunch of logistical nightmares not only for us but from a city perspective too, because the minute you go and tell somebody, yeah Pakistanis are coming and Hindus are coming and Punjabis are coming, their response becomes typical. We had to battle this weird public stereotypical racist thinking because they thought we all hate each other and we’re all going to fight in public. And that became a PR nightmare for three years to convince the city that we can do this without any cultural issues.

DissDash: What are some of the challenges that you face?

Bala: I think if we look at how an event comes together, one is obviously funding. We’re not a ticketed event. So monetization really comes from connecting to people and cultural progress. We realize that because we are so anti-Bollywood, in the sense of what it stands for, that the funding organizations tend to look at us not as a cultural event but just a regular event and that hurt us a lot. So funding is always an issue. We would not get it because we weren’t considered a cultural event. It took a lot of education and sharing before they understood. So that was a huge challenge to figure out how to get money from a brand perspective really educating marketers that young people don’t consume content the way they’re selling it. They’re not on TV, they’re not on these papers, they’re not picking up the flyers from the corner store. So really to shift their focus from only talking to new immigrants but also talking to young influential South Asians I think those two took a lot to start the ship. Also in the last 12 years, we’ve created a system where artists get paid and it kind of backfired on us. We get the inflated artist rates but we haven’t figured out how to make more money. So this is a bit of a chicken and egg problem to have.

DissDash: What can we expect from your show this year?

Bala: This year the message really is about perseverance. And that it really does pay. When we look at somebody like Jaz Dhami and the time that he’s put in, that’s an incredible testament to the young people. What I’m trying to get across is it’s easy to make music, but it’s harder to be a musician. And a lot of artists don’t know the difference. With the growth in technology and how easy it is to make music and pump it into SoundCloud or YouTube, people forget the fact that as an artist you’re still a storyteller. You still have to learn how to entertain people and you still have to learn how to sustain yourself in the game. Jaz Dhami is a great part of that message. It wasn’t an overnight success. You can trace his shift back like a decade. Also Raja Kumari. She looks like she came out of nowhere in the last two years but that’s not true. She was ghostwriting for like for a decade. So this is the message. It’s really about reminding the next generation that hey anybody can make music, but if you want to be an artist you have to learn how to storytelling you have to learn how to connect with fans you’ve got to learn the business of music and there are people that have got a blueprint or a process. Get to know them and build your craft and not just make music.

Founded in 2006, desiFEST Music Festival is one of Canada’s biggest celebrations of South Asian urban culture and beyond – a multi-disciplinary, world-class festival with a positive social and economic impact.

desiFEST is a non-profit, youth-powered platform designed to put local artists on the map and unite, inspire and empower diverse communities of young people through arts and culture, year-round.

Make sure you do not miss the desiFEST on June 8th.