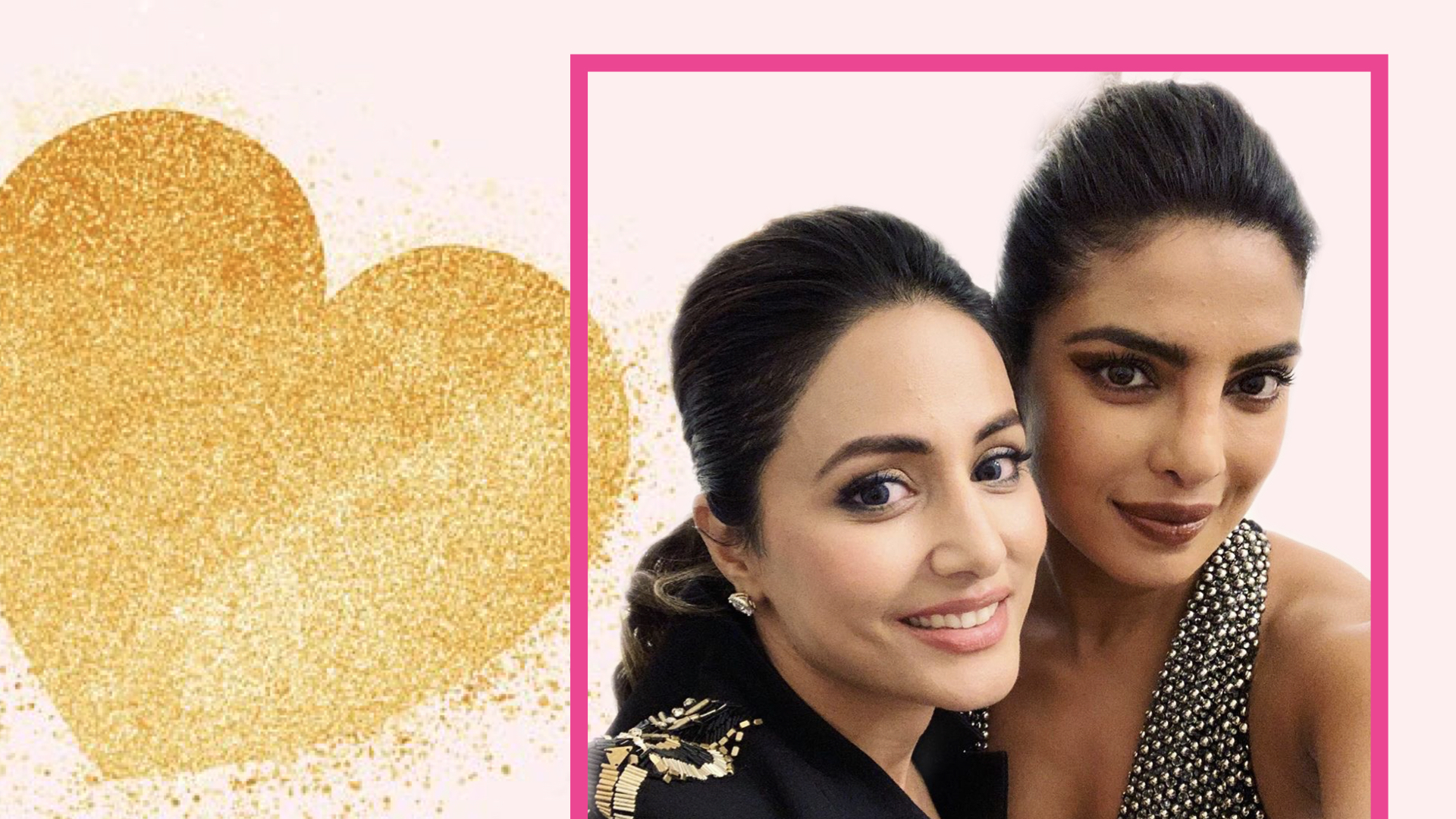 The ultimate desi girl, Priyanka Chopra is all about uplifting those around her, especially her fellow South Asians. It is no surprise she invited all the fabulous South Asian actresses that were currently in attendance to her Chopard party at Cannes. Diana Penty, Huma Qureshi, and Hina Khan snapped an epic picture together with Chopra-Jonas and husband, Nick Jonas.

Hina Khan was so touched by her first meeting with Chopra-Jonas she posted a selfie with a heartfelt message that honored Chopra-Jonas for her kindness. She states that she was so overwhelmed by the love Chopra-Jonas showered on her from introducing her around to people she would have never met to taking the time to learn about Khan’s career

The level of #girllove in this post is too high and we are loving it!

Chopra-Jonas, of course, showed the same love back on social media by commenting on the picture about how proud she is of Khan.

Chopra wrote, “Thank you for the kind words Hina. Was so good to meet you and spend time with you. Proud of what you have achieved and it was my pleasure to highlight the talent the Indian industry possesses in any way that I could. Wishing you all the luck in the world, onward and upwards! Xoxo #GirlsForGirls.”

Khan has been breaking barriers and surprised all with her Cannes debut. She has been taking these new steps in her career so gracefully it is stunning to watch. In her caption, she took a dig at her critics by stating that “Television has it all” as in India, television actors are not always given the same respect as film actors. Thus it was even more meaningful for Khan that Chopra-Jonas, being a film actress, was so humble and loving.

Though Khan called Chopra-Jonas a “walking inspiration,” we believe both these women definitely deserve that label!