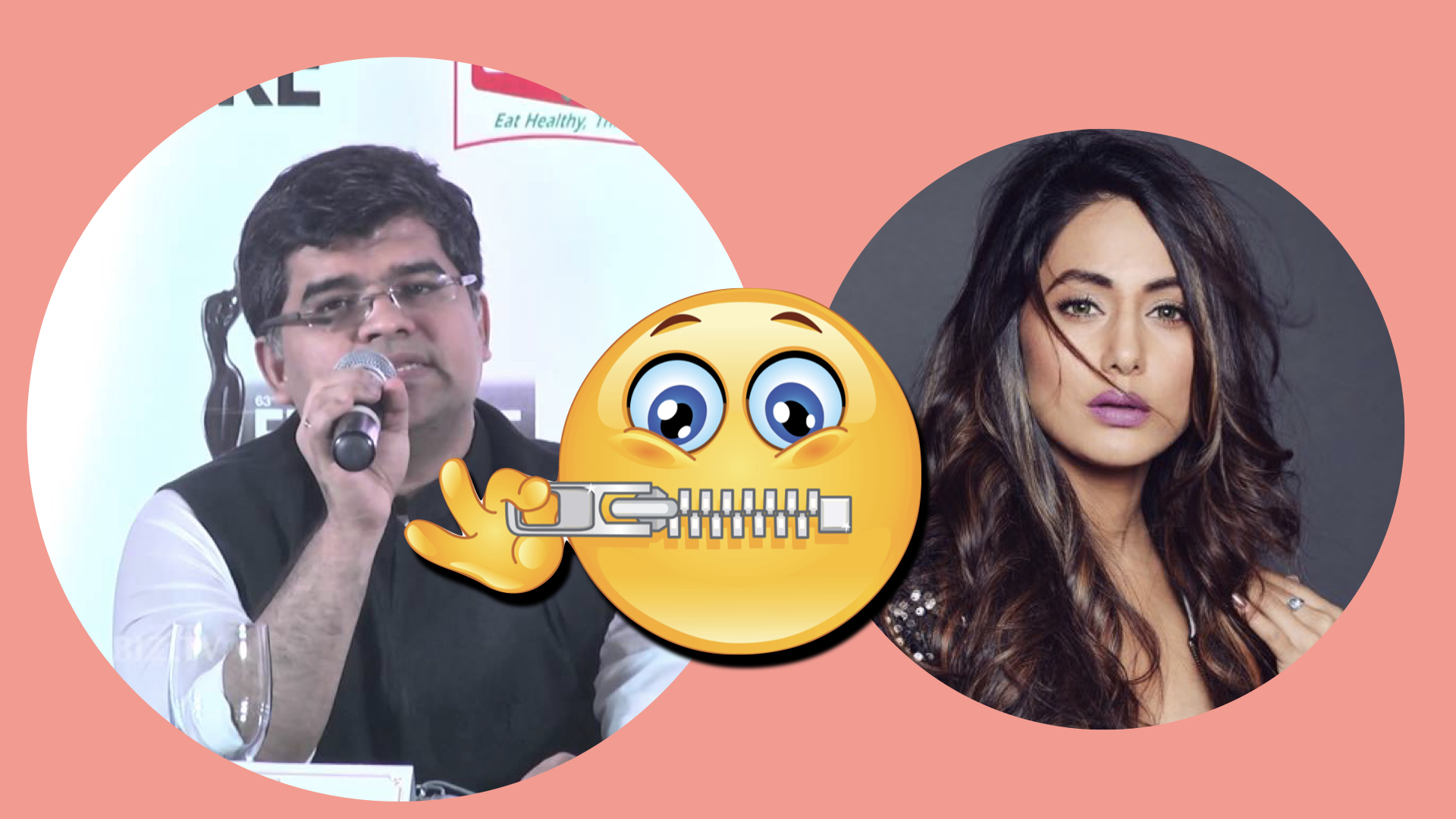 Television actress Hina Khan has been creating quite the buzz with her Cannes debut this year. The stunning actress was at the renown film festival for her film “Lines.” She presented herself with grace and class, representing the Indian film fraternity beautifully. However, Filmfare’s editor, Jitesh Pillai posted a picture of the star with the caption “Cannes has suddenly become Chandivali studios kya?”

Needless to say, Khan was hurt by the statement as were many other stars in the television and film industry. Television stars like Karanvir Bohra, Nia Sharma, Arjun Bijlani and more responded via social media to support their friend and co-star.

This is the same chandivali studios where @iamsrk sir #naseeruddinshah sir @anupampkher ji @ektaravikapoor @sushantsinghrajput have come up the hard way and made a name for themselves.
We all are very proud of @realhinakhan and for this achievement. We all are with you girl.

I'm angry but not without a cause!
I may not be doing tv currently but I'm so proud of working in television. And I don't intend to stand around watch as people try to dull this girl's sparkle (although it can't) by demeaning her hard work and efforts as a professional. pic.twitter.com/f3ZzFYFUVO

Hey @jiteshpillaai Cannes is neither chandivali studios nor biased towards any medium just like some Ass-licking swine editors of India. And @eyehinakhan ‘s journey from chandivali to Cannes has definitely burnt a lot of arses.. https://t.co/jItvTWF1YA

Hey @jiteshpillai I'm dismayed by your instagram story! #ChandivaliStudios has been a part of our industry for as long as we can remember and has served as a stepping stone of success for various eminent personalities in the Bollywood industry. @Hinakhan, we are all proud of you! pic.twitter.com/iHC3MrY4ES

Kangana Ranaut’s manager and sister Rangoli Chandel called out Pillai for criticizing the only actress at Cannes for her hard work.

Farah Khan even took a dig at the other stars at Cannes stating that she was the only one there for the “right” reasons, referring to her film. Deepika Padukone, Priyanka Chopra-Jonas, Aishwarya Rai Bachchan, Sonam Kapoor, Kangana Ranaut, Diana Penty, and Huma Qureshi are all representing brands like Grey Goose vodka, L’Oreal or Chopard.

Iv shot many a times at Chandivali Studios n its a great place !! So proud of you @eyehinakhan .. it’s not where we come frm but where we are going that matters!! Hav fun at #CannesFilmFestival2019 ur probably the only one who s there 4 the right reasons.. A film!!

Television actor and host Nakuul Mehta wrote an open letter to Jitesh Pillai on Instagram regarding the hierarchy of the film industry and how television actors are not given the same respect as film actors are. It is a thoughtful piece that is definitely worth the read.

Overwhelmed by the support, Khan thanked everyone and gave a fitting reply. The television and reality show star is more motivated than before to cultivate her own space in the industry. She has handled the controversy very gracefully.

I was persistent, I m constant n I will b efficient again n again again. Don’t know where I belong, don’t know if I have to, as d Place don’t define me! Bcause as always I will work my a** off n I will make my own PLACE. My promise,a proud outsider from my Chandiwali studios. 🙏

Pillai eventually took to social media again to give his apology and to explain his intention behind his statement. He wrote that he did not intend to hurt or demean anyone. 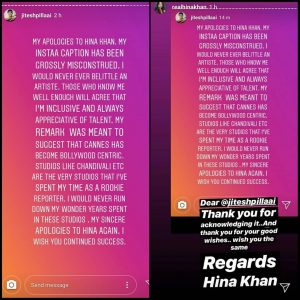