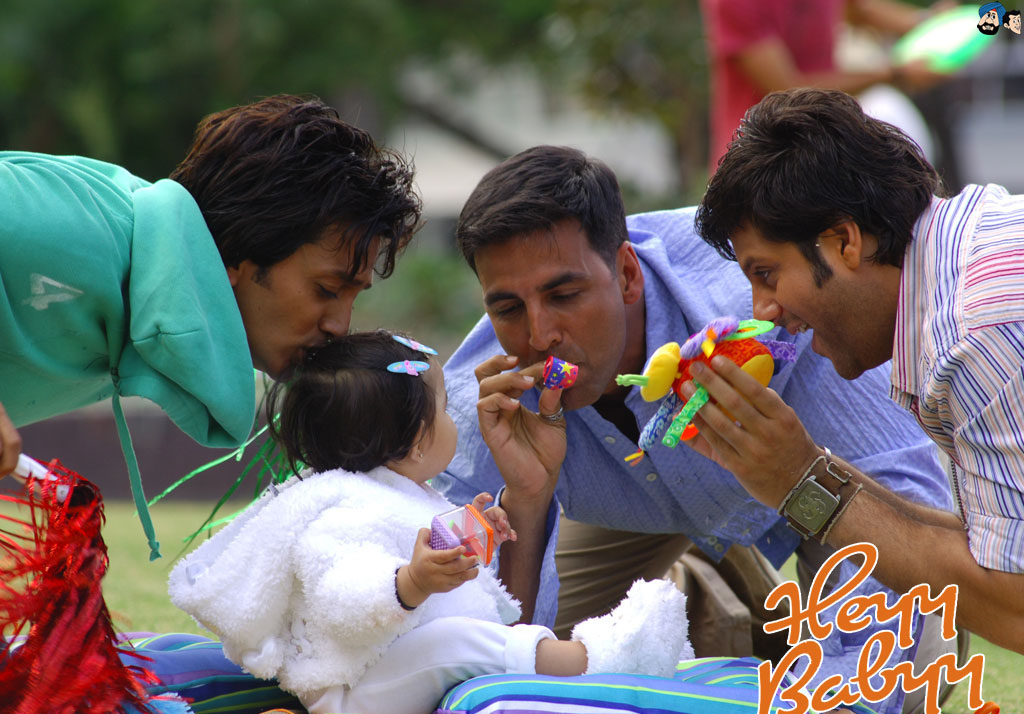 Today, on Father’s Day we celebrate the hard-working, supportive, and irreplaceable fathers, and father-figures we have in our lives. Dad’s tend to hold a special place in the hearts of all, they can be your confidant, your best friend, and your best role model. Dad’s have a lot of responsibilities and some even play a double role of mother and father.

Whether you’ve got a strict dad, a goofy dad, or that 65-year-old #zaddy 20-year-olds are still hitting on, today, we’ve got something for every dad. Check out these awesome Bollywood films that highlight dads!

This hilarious film starring Akshay Kumar, Ritesh Deshmukh, and Fardeen Khan actually portrays the real-life struggles of first-time dads. The three characters grow as people with the arrival of an unexpected daughter as they learn the error of their reckless bachelor lives and how much they have hurt the women around them. Their capacity for love increases and the pain at the loss of their daughter show’s them the truth about parenthood. “Heyy Baby” maybe a fun-filled movie but it has a lot of heart and is perfect to celebrate Father’s Day.

“Dangal” is a hard hitting movie about a father pushing his daughter’s to reach their potential. Based on the real-life of national wrestling champion, Mahavir Singh Phogat and his Olympic winning daughters Geeta and Babita. This story spans the lifespan of the young girls as they work their way to the top and their unique relationship with their father.

“Piku” is another hilarious film that uses constipation as a metaphor for life, ridiculous I know, but this film is definitely worth the watch. Starring Amitabh Bachchan as an overly needy Bengali dad and Deepika Padukone as Piku, his strong independent daughter that keeps him together. Irrfan Khan joins this duo for a long journey of self-discovery, life, and love as they drive from Delhi to Kolkata.

“Paa” stars real-life father-and-son, Amitabh Bachchan and Abhishek Bachchan. Amitabh Bachchan plays a child with progeria, a disorder that makes him age faster than his chronological age. He grows up in a loving home with his mother, played by Vidya Balan. Abhishek Bachhan is a politician who by chance meets Auro (Amitabh Bachchan) and discovers that Auro is his son. This poignantly stunning cinematic experience is a must watch.