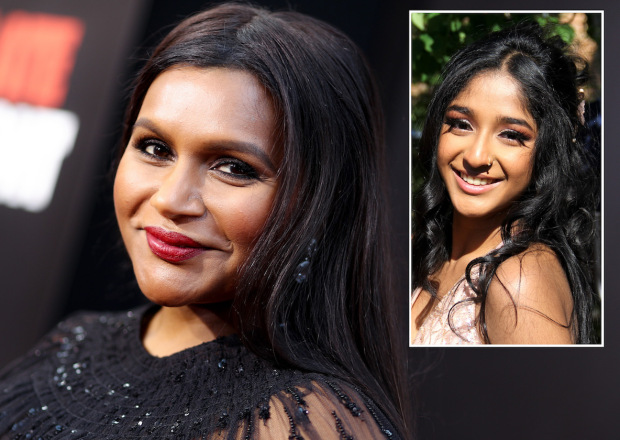 Mindy Kaling’s Netflix Coming-Of-Age comedy series has found its lead in Indo-Canadian newcomer Maitreyi Ramakrishnan. When the cast opening was announced earlier this year by Kaling, 15,000 hopefuls from all over the world had applied.

Maitreyi Ramakrishnan hails from Toronto and she is now all set to play the role of Devi.

She is a newcomer to the acting domain and will make her on-screen debut in this untitled venture. Kaling depicts this character as a  modern-day first-generation Indian American teenage girl. She is an overachieving high school sophomore who has a short fuse that gets her into difficult situations.

The untitled 10-episode comedy, co-created and co-written by Kaling and her “Mindy Project” colleague, Lang Fisher, will be based on Kaling’s own life experiences.

In a recent interview with Entertainment Weekly, Kaling said, “I think people have reported that it’s about my childhood and it’s not about my childhood, it’s just about a 15-year-old Indian-American girl growing up in 2019.”

Both Kaling and Fisher will be the executive producers along with Howard Klein and David Miner. The series was set up under Kaling’s overall deal at Universal Television, with Universal set to produce the new series. Kaling recently exited that deal for a rich new pact with Warner Bros. Television.

Sandra Gillis of Premier Artists Management in Toronto has repped Maitreyi Ramakrishnan, who did not have representation until she presented a tape of herself with her companions when she saw the casting call made by Kaling on Twitter.

Eventually, a call-back led to two screen tests in Los Angeles right opposite the actor who was set to assume the role of Devi’s mom. There was much expectation in seeing if Ramakrishnan won the job given the exceptional challenge.

Ramakrishnan is a student of the GTA’s own Meadowvale Secondary School. She is just 17, and we are already expecting great things from her. After all, she is Mindy Kaling’s own find – and in her we trust!