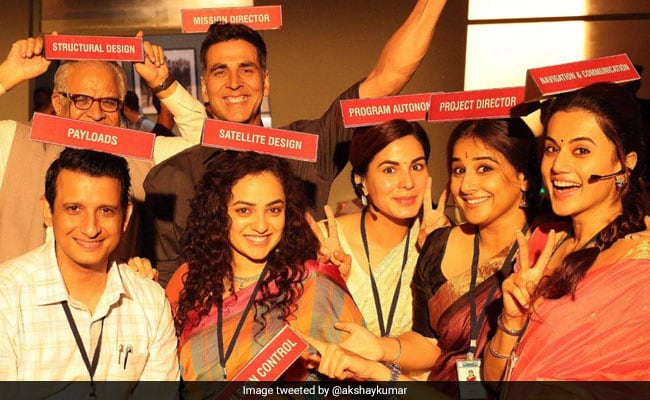 “Mission Mangal” is the incredible, true story of a scientist, Rakesh Dhawan, played by Akshay Kumar and Tara Shinde played by Vidya Balan who lead a motley team of scientists who overcome their personal challenges and failures to serve as the brains behind one of the greatest missions in history: the launch of India’s first satellite to Mars.

A stunning achievement that restored the nation’s confidence. The film is a tale of ordinary people doing extraordinary things and inspiring generations to dream big and achieve the impossible.

The trailer of “Mission Mangal” has just dropped and it has all the ingredients of a patriotic film. Plus it has Akshay Kumar, a champion of sorts of movies with nationalist themes.

The 2-minute-52-second trailer begins with Kumar assembling a team of talented scientists to work for ISRO on a nearly impossible task. Among other things, he wants to fulfill a nation’s dream of being a space superpower in limited cost.

A group of women scientists comes to his help which has some of the really emotive faces Bollywood has recently seen. All these actresses have proved their worth in many recent projects, and thus Kumar seems to be on a winning turf even before the release of the film.

It also has Sharman Joshi, Zeeshan Ayyub, Dalip Tahil, and together they are quite capable of creating magic on screen, even if Kumar takes the backstage on this mission to Mars.

Directed by Jagan Shakti, the film’s trailer video is quite predictable but it has emotions. There are moments when you’ll root for the underdogs. If the film turns out to be as good as the trailer then the producers are likely to have a better bank balance after the release.