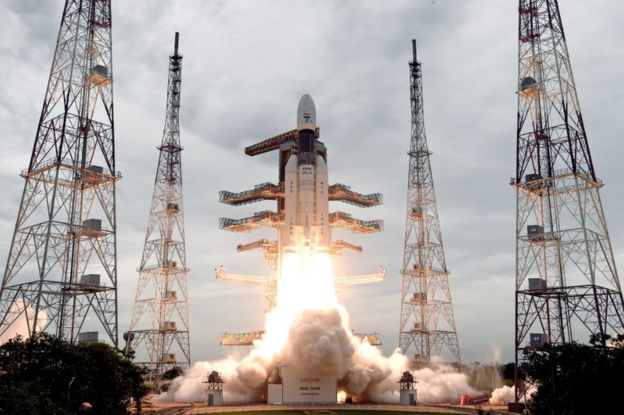 While the (un)diplomatic President Trump made an unsolicited offer to mediate in the decades’ old Indo-Pak row over Kashmir, India’s space program showed again that India, can do well without the USA’s intervention. According to reports in the Econominc Times Indian Space Research Organization (ISRO) launched its second lunar mission Chandrayaan-2, which will attempt to explore the south pole of the moon-where no country has been before!

The space mission will help us understand our natural satellite better, through complex topographical studies, and comprehensive mineralogical analysis. India will become the fourth nation after US, China, and Russia to make a soft-landing on the lunar surface, if the mission is successful.

The mission, under project director Muthayya Vanitha, had over 1000 scientists working for years to launch the GSLV Mk-III, an orbiter, a lander; and the small rover. India’s Central Tool Room and Training Centre (CTTC) based in Bhubaneshwar has been working on manufacturing parts since 2017, and it made 22 types of valves for fuel injection and other parts for the cryogenic engine of the GSLV Mark III rocket!

As reported in The Guardian, ISRO has helped India build its brand as a low-cost space power by launching the mission in about $141 million! In 2017, ISRO made history by launching 104 satellites into space, in a single rocket for just $15 million! 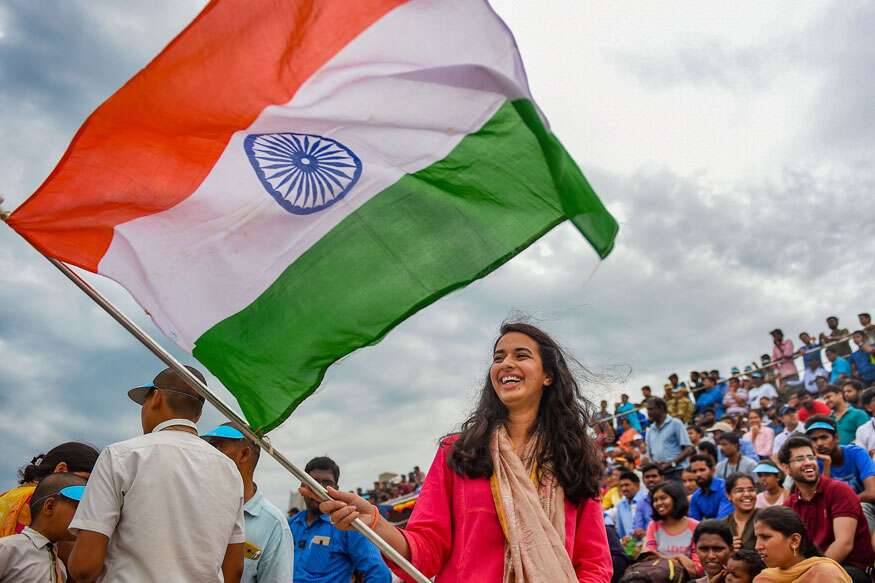 But the launch of Chandrayaan-2 was not without its hurdles. A week before its successful launch, a technical snag resulted in the mission being aborted an hour before its launch. But the scientists at ISRO kept at it and finally sent the Chandrayaan-2 to the moon!

The self-reliant solutions found by ISRO are due to the hurdles it had to overcome in the past decades. In the early 1990’s India’s  cryogenic engine technology was inadequate. But it could not buy the same from Russia as it was under the USA pressure to not transfer the technology in India.

In fact, prior to 2017, there were questions raised by the media in the US, about India and its space program. There was an infamous NYT cartoon which resulted in a lot of controversy back in 2014. But karma is a bitch! In 2017, after the success of the 104 satellite mission, the Indian media shared their own take on the NYT cartoon. 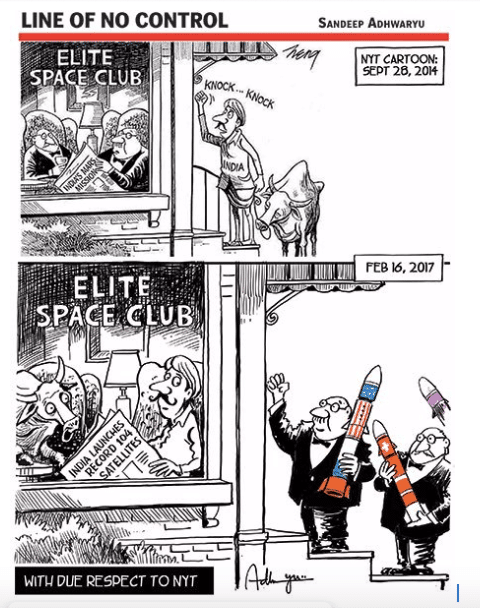 After all this hard work, one would think that the successful launch of Chandrayaan-2 naturally belongs to the 1000+ team at ISRO, right?

Sadly no. In India the political leaders from the two major parties seem to have missed the obvious!

If you thought your boss took credit for your hard work, imagine the plight of the ISRO’s Chandrayaan-2 team!

Congress party claimed the credit belongs to the former Prime Ministers from their party, PM J.L.Nehru for funding the first space program of India, and PM Manmohan Singh for sanctioning the Chandrayaan 2 project in 2008?!

But ISRO is not new to having its credit hogged by politicians. Just before the 2019 elections, the two-term PM Narendra Modi had  brought ISRO’s Mission Shakti, under the fold of achievements in his regime!

The success of ISRO belongs to its scientists and the teams working day in and day out towards breaking new barriers in space exploration and technology. They have created low-cost space technology which is a major concern for companies in the industry across the globe. Let us not forget that in 2016, during PM Modi’s visit to the US, the main issue for his intervention was that the American companies at the time seemed unable to compete with ISRO’s subsidised commercial launches!

Whenever the topic of space exploration comes up, the US, Russia, and China are considered forerunners. But ISRO has been working ceaselessly to extend its space exploration and keep India relevant in the space race. 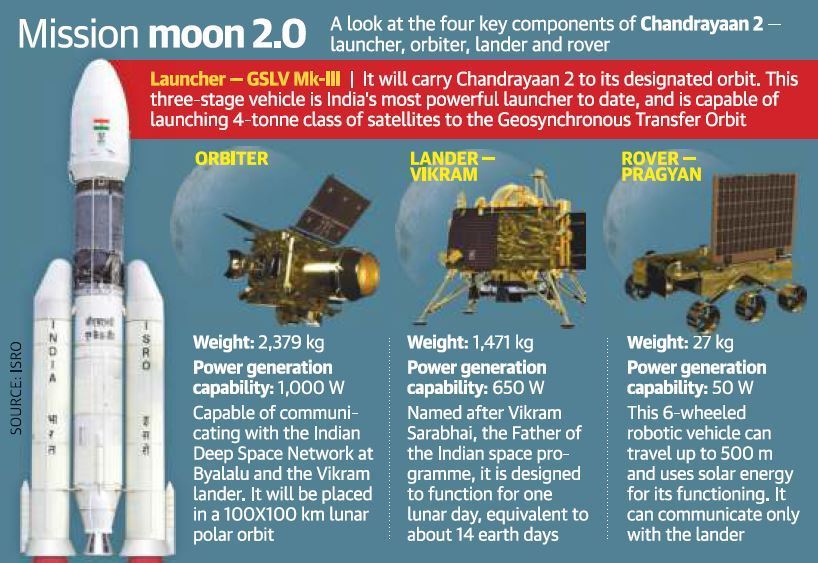 Kudos to ISRO and its amazing scientists!

May they go to the moon and beyond!