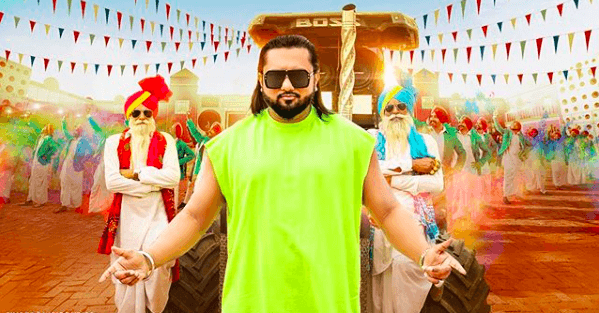 Singer, songwriter, music director, and actor Yo Yo Honey Singh just released his own remake of the legendary song, ‘Gur Nalo Ishq Mitha.’ The remake adds a new take to the classic and has already garnered over 27 million views in 5 days which is why this dance track is our Tune-in-Tuesdays of the week! 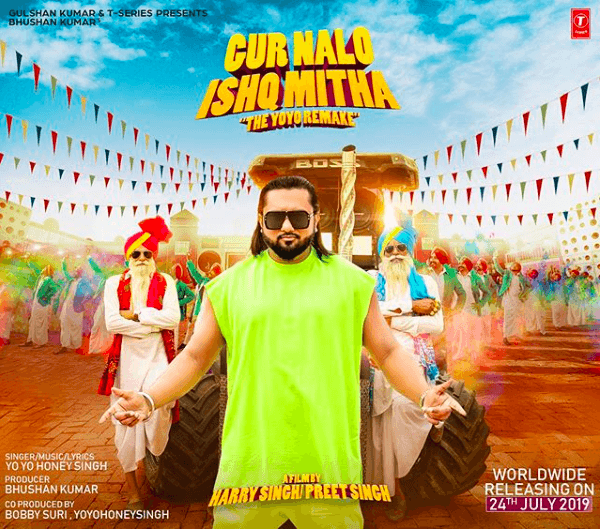 Singh’s latest release, ‘Gur Nalo Ishq Mitha’ is a remake of the classic track originally sung by Punjabi music legends Bally Sagoo and Malkit Singh. The original music video featured a love struck Jas Arora waiting for his lady love, Malaika Arora Khan to show up at his sister’s wedding. Singh’s remake pays homage to the original by including Malkit Singh and some of the hook dance steps of the original music video.

The song was then remade for the film “Ek Ladki Ko Dekha Toh Aisa Laga” starring the real-life father-daughter duo, Anil Kapoor and Sonam Kapoor Ahuja. This remake was also set during a wedding like the original. Singh’s remake is the second version of the song to hit the airways in recent times and he made sure his version is the one fans remember!

Singh adds a hip-hop flavor to the song with a stunningly colorful backdrop that had the same shaadi vibes as the previous versions of the song. The leading lady of this show is Punjabi actress and YouTube sensation, Navpreet Banga. The gorgeous diva kills with her fashion and dance moves in this fun new video. Choreographers and dancers Chaya Kumar and Shivani Bhaghwan of B-funk are featured in the video. There is also a cameo by Bhangra dancer Rajan Aujla.

The entire team looked like they had a ton of fun prepping for this hit track and practicing the hook step from the original music video!

A post shared by Yo Yo Honey Singh (@yoyohoneysingh)

There was once a time that there wasn’t a hit song that didn’t star or feature Indian rapper Yo Yo Honey Singh. However, due to health reasons, the star took himself out of the limelight for some time. Lucky for us Singh has been slowly making moves since 2018 to reclaim his spot at the top with new releases like ‘Makhna’ and ‘Urvashi.’ He’s also worked on films this year, like the recently released “Jabariya Jodi” starring Sidharth Malhotra and Parineeti Chopra.

Singh is here to remind us that he’s not done yet and ‘Gur Nalo Ishq Mitha’ has set him on his road back to the top.