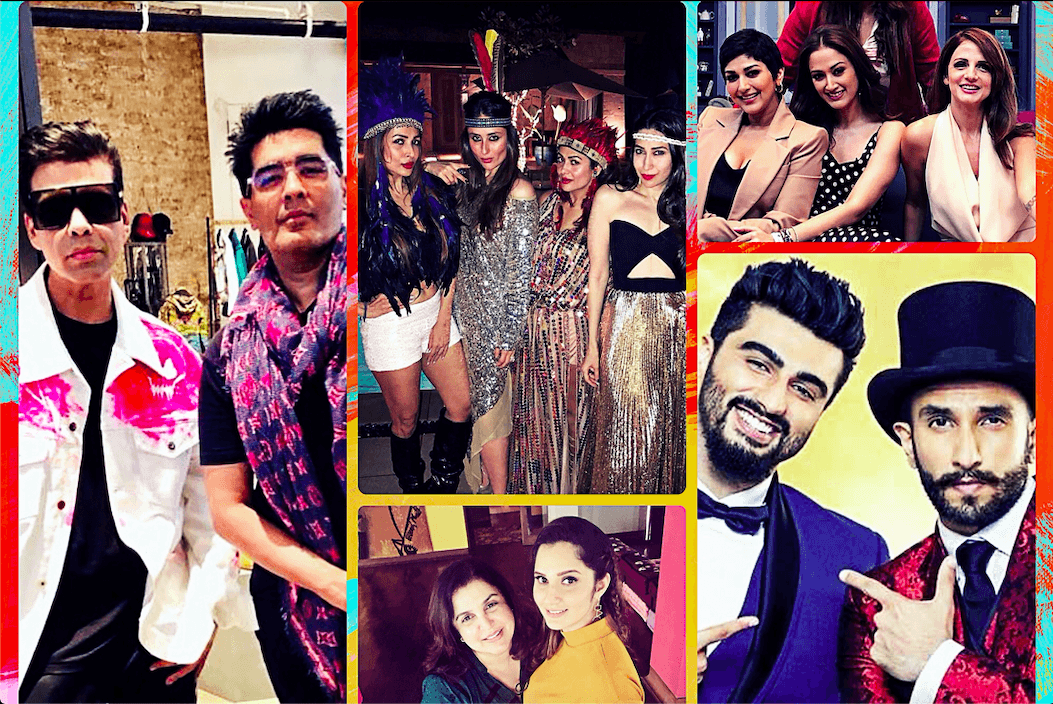 Bollywood is filled with glittering stars and glamorous events. And not all celebs are catty! Some are setting the bar of #FriendshipGoals higher.

Let’s take a look at some of tinsel town’s hottest platonic pairings that are #goals this Friendship Day!

Bebo and Lolo (aka the Kapoor Sisters) and Malaika and Amrita Arora are a tribe unto themselves. It’s a sister act times two when the two pairs of siblings get together for a night in the town. Whether it’s partying or supporting each other’s projects, these stars set #FriendshipGoals that no one can beat.

Not to be outdone, the “Gunday,” (aka Ranveer Singh and Arjun Kapoor) love pairing up for their big-screen projects as well as their off-screen lives. The two buddies set the talk show circuit on fire with their chemistry, quick wit, and obvious brotherly love. They are also often on the dance floor together, burning off some of their insane energy.

The Bollywood choreographer and the international tennis player give us some serious friendship envy, something we only glimpsed a few years ago on ‘Koffee with Karan.’ From Khan meeting Mirza’s gorgeous son as soon as she could rush to her BFF’s side to their recent hysterical turn on ‘Son of Abish,’ the bond of these two ladies is unbreakable.

This is definitely the “Jodi No. 1” when it comes to friendship. The famously flamboyant designer shares a love for everything over the top with the path-breaking director. The two often collaborate and come up with fantastic projects in their professional life, with Johar even being the showstopper for Malhotra’s fashion shows on occasion. The two are so close that there have even been dating rumors, but the two say they think of each other more as brothers than anything else. Whatever the story is, their relationship is definitely #FriendshipGoals